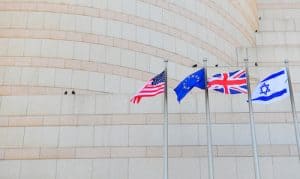 Learn the current social engineering tactics (both external and internal) used by the Anglo-American-Zionist NWO to confuse & distract you.

used by the Anglo-American-Zionist NWO (New World Order), or the US-UK-Israeli axis, can be decoded if you look carefully. These social engineering tactics are being used around the world, both internally (within nations under the thumb of this cabal) and externally (geopolitically between nations), all with the point of maneuvering the world into a centralized totalitarian dictatorship. The NWO controllers like to use a combination of tactics, but the bottom line or common denominator in all of them is the invention of fictional threats and the intentional creation of problems that don’t really exist (or that never needed to have existed). In other words: fear. However, the crafty way these social engineering tactics manifest is worth studying and becoming acquainted with, so you can protect yourself against the propaganda and subtle deception which so easily takes in the majority of the world population – though hopefully not much longer due to the rising consciousness of humanity.

It has been said many times in many ways that Government needs war to survive and to justify its own existence. The EU has been facing all sorts of crises in the last few years. Many of them have involved secession from the union, which culminated in the Brexit vote on June 23rd 2016, and which may have a domino effect if countries like Denmark or the Netherlands follow suit. However, countries are less likely to secede (and have to handle their own defense) if there’s a big, scary, land-grabbing superpower like Russia close by. The fake Russian threat is also a great way for NATO to expand its territory by convincing small Eastern European nations that they’d better join for their own sake. The trouble is, there’s no evidence at all that Russia is interested in aggressively expanding its land and attacking Europe. We do know for a fact, however, that CIA-bribed journalists in Germany are paid to write Russophobic propaganda, that NATO is attempting to bring its missiles closer to Russia in line with the Wolfowitz doctrine, and that the US overthrew Ukraine courtesy of Zionist neocons, US$5 billion and with the subterfuge of Vicky “Fuck the EU” Nuland. Furthermore, according to a recent poll of 800, the people of Crimea, 96% of whom voted in a referendum to join Russia, still overwhelmingly stand by their decision to join Russia. 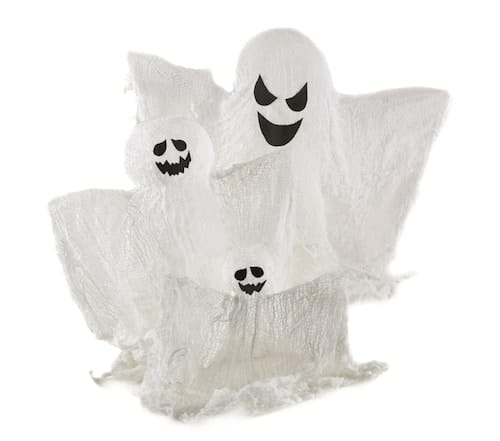 The same goes for the Iranian threat. The Anglo-American-Zionist MSM (Mainstream Media) loves to hype the supposed Iranian threat, as do Israeli sycophants like John McCain and Lindsey Graham, but the truth is that Iran is fully in compliance with the nuclear deal and there is no evidence it’s using nuclear power for weapons, as affirmed by all 16 US military intelligence agencies a few years ago. And as for Islamic terrorism … what a charged and deceptive term that has become. Have you ever wondered why all these supposed Islamic jihadi fundamentalist terrorists drink alcohol, gamble and sleep around so much? Remember how supposed 9/11 ringleader Mohammad Atta was found gambling in Florida? Or when the alleged Saudi hijackers left copies of the Quran in the bars where they were getting lap dances? Or why people linked to the Israeli Mossad like Richard Gutjahr just happened to be around during both the Nice attack and the Germany attack (two recent European false flag attacks blamed on Islamic terrorism) to take photographs? Or why ISIS drives around in Toyota trucks kindly donated by the US State Department? As the Saker puts it:

“… the perpetrators are absolutely ridiculous: pseudo-Muslims who turn out to be drinking homosexuals, ex-patients of mental institutions – the kind of people I call “overnight Muslims”: they all make darn sure to say Allahu Akbar a number of times, but other than that, they have no sign of Islam at all …”

“The problem with all that nonsense is that there is exactly zero real evidence that any of these terrorists had any real Islamic education or beliefs. Besides, even if every single one of them turned out to be a deeply religious and pious Muslim, that would hardly prove anything. The IRA was “Roman Catholic” and yet nobody spoke of a “Catholic threat”. True, there is a very real threat to the entire Middle-East from the Daesh crazies (yes, the very same ones whom the US wants the Russians to stop bombing), but there is no evidence whatsoever of any real subordination/coordination between the Takfiris in the Middle-East and the perpetrators of the recent mass murders in the USA and Europe.”

Islamic terrorism is not exactly a real and independent phenomenon, because it’s been created, coddled, controlled and funded by the US-UK-Israeli axis for decades. It’s not Islamic terrorism; it’s Zio-Islamic terrorism. When we investigate closely, we find the traces of Zionist Israel in so many false flag events since 9/11 in so many Western countries. Islamic terrorism benefits the US and UK powerbrokers since it’s a contrived and controlled enemy they can use to justify more wars and more laws, but most of all, it benefits Israel, since Israel is surrounded by Islamic countries who it is trying to dominate, and “Islamic terrorism” gives it the excuse to get billions from the US and subjugate its Arab “enemies”. 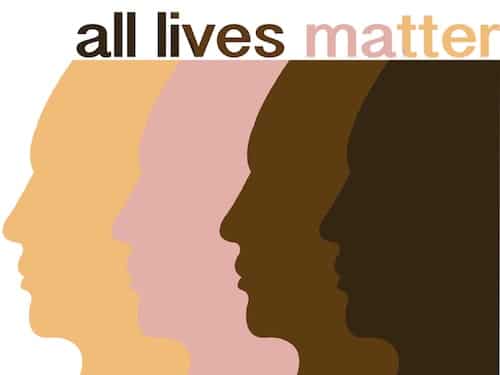 At the same time as using social engineering tactics of fake eternal threats and enemies, the NWO manipulators also use a variety of internal threats to whip up domestic strife. Most of the current domestic social engineering tactics revolve around polarization: creating new classes, groups and movements in opposition to others, in order to play them off against each other. It’s the same old strategy of divide and rule or divide and conquer. The mass migration to Europe which some have dubbed an “Islamic invasion” has been a wonderful piece of social engineering for the NWO. Look how it benefits them: it creates chaos (from which a new order can be created in Freemasonic Ordo-Ab-Chao style); it makes people afraid (since some of the refugees refuse to assimilate and want to impose their culture [in some cases Sharia Law] on their new nation); it makes people confused (since there are numerous conflicting reports and viewpoints on the issue); it makes people distracted (from the source of what is really controlling them); and it allows the State to justify more draconian laws in the name of restoring order.

Funnily enough, by coincidence or design, the refugee crisis faced by the EU is mirrored by the race baiting/race wars experienced in the US. I will again defer to the Saker for his commentary:

“Ideally, the European population should become polarized between, on one hand, those who pretend they like the refugees are no problem at all, and those who blame everything on them. The more polarized the society becomes, the more there will be a “need” to keep law and order. Does that all look familiar to you?

Yes, of course, this is also exactly what is happening in the USA with the Black Lives Matter (BLM) movement.

While there are plenty of immigrants in the USA, they are mostly Hispanics and Asians who adapt rather well to US society. The good news for the US “deep state” is that Blacks in the USA can very much accomplish the same function as the refugees do in Europe: they are a vocal, mostly deeply alienated minority, with a great deal of pent-up anger against the rest of society which can very easily be set-off to create riots and commit crimes. It is also rather easy to find a few crazies amongst these Blacks to start murdering policemen (the ideal symbol of the oppressive White establishment) and create a sense of crisis acute enough to justify the use of police, National Guard and, potentially, military forces to restore and uphold “law and order”.”

As the Saker also writes, the current social engineering tactics are in fact a combination of a “a diffuse/vague external threat (Islam) and an easily identifiable internal “carrier” threat (refugees in Europe, Blacks in the USA).” The BLM movement is another polarizing movement. Of course, we must ensure we don’t have a racist or discriminatory police force. Yet, as with all things like this, there is more to the story. In American cities today, blacks are disproportionately incarcerated and shot by the police, and at the same time, they are also disproportionately criminal. It’s a cultural problem, and to really solve it, you would have to investigate why black men are being led to crime. There’s no short and easy answer here.

Another polarizing factor in the US is of course election season, and this time around all the more so, with the inclusion of polarizing figure Donald Trump. The Independent Media has become very polarized over Trump, with some segments totally supporting him and seemingly forgetting for now that the entire 2-party left-right system is rigged beyond belief.

In addition to these current external and internal social engineering tactics, some old ones are still operating, namely subversion. The CIA, George Soros and his slew of NGOs (Non Governmental Organizations) are still trying to overtake the world through coup and overthrow. Soros’ NGOs would better be named Subversion Organizations, since their primary function appears to be getting legal access to foreign countries, gaining a foothold, creating uprisings (like color revolutions) and overthrowing legitimately-elected governments.

All in all, although we are being inundated with a variety of social engineering tactics, these techniques are easy to spot once you know the agenda is to foment opponents, threats and enemies. The antidote will be to remember that nothing is black and white, that Life is shades of grey, and that there are often many valid viewpoints to single situation or issue. Part of the job of seeing through the fear propaganda and social engineering is to reverse its impact by integrating and finding commonality among the polarized groups and viewpoints – and as always digging deeper to investigate the force behind it all.

Previous Article
Parts of the Independent Media: Losing Their Compass
Next Article
Muslims and Jews Unite Across Artificial Categorizations