The NSA Controls the World

The NSA Controls the World 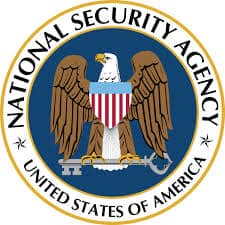 The NSA controls the world, as part of the military-intelligence complex (Shadow Government). Above the law and beyond oversight, this cabal threatens humanity’s freedom across the planet.

The NSA controls the world.

Or, to be slightly more accurate, it’s not just NSA control, but rather the entire conglomerate of military-intelligence agencies which control the world. It’s the Shadow Government. In the US, this group is comprised of 16 agencies, including well-known ones like the FBI and CIA, and the ones which occupy higher positions of control, such as the NSA (National Security Agency) and NRO (National Reconnaissance Office). There can be little doubt remaining as to the extent of their power. Whistleblower Edward Snowden has brought the issue to mainstream awareness, but the alternative media has long been aware of the extent of the surveillance state. Project Prism is just one of many surveillance programs being conducted by the military-intelligence complex; another major one is Project Echelon, which started somewhere around the 1950s and brought together the US, Britain, Canada, Australia and New Zealand for one common purpose: spying on their citizens. Governmental spying has been going on a long time.

NSA control is not new; it was there right from the start

NSA control is not a new thing; only public awareness of it is. The NSA was set up right from the start by Truman in 1952 to be outside the law. According to top conspiracy researcher and radio host Bill Cooper (now deceased), the NSA is so beyond control and oversight that there is actually a law on the books stating that no US law applies to the NSA unless explicitly stated that it does! I don’t know if this is true or not, but it wouldn’t surprise me. The NSA has always acted with impunity. Ever since the UFO crash at Roswell in 1947, the military-intelligence complex has become a breakaway civilization, to use a term from Richard Dolan. It has stolen and hoarded advanced technology like free energy technology, kept it a secret from the general public and used it to create incredible vehicles and devices and further its own power. Now in the electronic era, it has tapped the backbone of the internet and siphoned off all communications. By storing a record of everything we do – emails, phone calls, texts, credit card purchases – it now has access to the complete psychological profile (and closet secrets) of anyone in the world, thus giving it tremendous power to bribe, blackmail or cajole anyone to do its bidding.

The common myth that the President is the most powerful man in the US needs to be deflated. It was around the time of Eisenhower in 1960 when the military-intelligence complex broke away from presidential control and refused to play ball and report to Congress and the White House. Eisenhower tried to regain control and even threatened to invade Area 51, but it was to no avail. The final nail in the coffin was when they killed JFK. After that, when subsequent Presidents have tried to gain access to classified information, they have been denied – just like Jimmy Carter was rebuffed by then CIA head George H. W. Bush when Carter tried to look at secret files.

The New World Order, using NSA control, is slowly being brought into existence

The massive extent to which we are all under NSA control is a creepy indication that the New World Order is coming – and fast, unless we wake up, unite and do something about it. As former US senator Daniel Inouye said in the above video clip:

There exists a shadowy Government with its own Air Force, its own Navy, its own fundraising mechanism, and the ability to pursue its own ideas of the national interest, free from all checks and balances, and free from the law itself.

Things are already way out of control. We need to unite, rise above petty differences and focus on the force that is really oppressing us. We need to realize that the world has given birth to a monster, just as Eisenhower warned in his farewell speech. The sheer power and control centralized in the hands of the Shadow Government (military-intelligence complex) is so vast it threatens to turn the entire planet into a Big Brother surveillance grid where privacy is non-existent and your thoughts are known before you think them.

Previous Article
The Commercialization and Weaponization of Just About Everything
Next Article
GM Crops Torched in Oregon, America