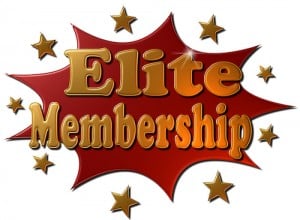 Trump paints an image of himself as an anti-establishment outsider. But is he really independent of the NWO? Is he outsider or insider Trump?

Which is it? US Republican presidential candidate Donald Trump has painted an image of himself as an anti-establishment “outsider”. However, is this another of the businessman’s slick marketing campaigns? Trump now has massive popularity among voters and looks like becoming the Republican nominee. He is also receiving lavish Trump worship from certain segments of the Alternative Media. For many years now, we have known that the left-right election contest presented to the average voter is a magician’s trick and a false dichotomy. It’s a sleight of hand which cons the unaware voter into thinking they have a real choice and a real say in how the country is run. Meanwhile, both parties are controlled by the same forces behind the scenes, which advances the same agenda regardless of whether a more “liberal” or “conservative” government is in power. It’s time to take a look at Trump (or as John Oliver puts it, the much less impressive Donald “Drumpf”) and see whether his claims of being truly independent, and his image of being free of influence from groups connected to the New World Order (NWO) establishment, are genuine. Is is fair to label him insider Trump or outsider Trump? 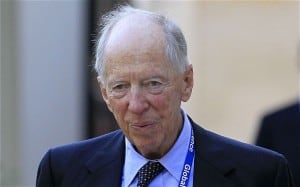 The US Republican Party: Owned by Rothschild

Many of the GOP line of nominees have ties to the Rothschilds, the key family of international banking and the NWO, and the owners of Israel. As Michael Collins Piper (American Free Press) points out in his article Rothschild Influence Deep Within GOP, the current Republican candidates are linked to either neoconservatives, Zionist Israel, Goldman Sachs and the Council on Foreign Relations (CFR), or all of them at once. All of these groups, nations or companies lead back to Rothschild. Former candidate John McCain raised campaign funds from one of Rothschild’s English houses! Marco Rubio is close to Israeli-born influential intellectual Yuval Levin. Bobby Jindal also turned to Levin, in addition to being a Rhodes Scholar (the Scholarship was set up to recruit bright-minded and ambitious youth to the Rothschild-Cecil Rhodes cause of an Anglo-American New World Order). Ted Cruz, whose father’s a Christian Zionist minister and whose wife’s with Goldman Sachs, drafted Victoria C. Gardner Coates, aide to former Defense Secretary Rumsfeld (behind the George W. Bush-era wars) as his national security advisor. Even the libertarian cum war hawk Rand Paul is close to retired diplomat and CFR member Richard R. Burt and billionaire Peter Thiel, chair of the American steering committee for the Rothschild-financed Bilderberg meetings. 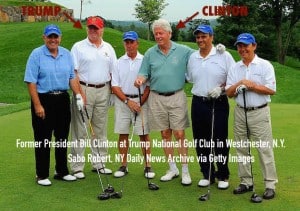 Trump is no exception in this Rothschild connection. We know insider Trump has socialized and cut business deals with the wealthy Manhattan elite for decades. It has been insider Trump that has been pushing the hard line of Islamophobia within America, to fan the flames of hate against all Muslims, much to the benefit and delight of the Zionist regime of Israel. He’s told us he knows the Clintons. Many have theorized that Trump is actually running to split the vote and throw the election to career criminal Hillary Clinton. Luke Rudkowski (We Are Change) recently exposed how Trump is turning to the CFR for military and foreign policy advice. There is even a possible but as yet unproven connection between Trump and pedophilia through his inclusion in Epstein’s little black book.

Despite this, the Republican establishment has also begun a campaign to stop him from getting the nomination and threatening to vote Democratic/Hillary.

Nothing is black and white, but given Trump’s copious ties to NWO-related people and agendas, it’s a stretch to call him an outsider, even if he may not be a full insider. Newt Gingrich slipped up on the MSM (Mainstream Media) recently when he revealed that Trump was not an insider because he was not part of the club and had not “been through the initiation rites” – with an obvious admission that Secret Societies like Freemasonry, Skull and Bones, Bohemian Club, etc. run the show.

Trump is most assuredly connected to the most powerful groups in the world through his business dealings. In another article Who Towers Behind Trump?, Piper reveals how Trump acquired 93% of the voting stock in gambling company Resorts International in 1987:

“Resorts International was established and controlled by front men for the Rockefeller and Rothschild families and their “enforcers” in the Central Intelligence Agency (CIA) and its allied intelligence agency, Israel’s Mossad. What made the report so explosive was that this newspaper pointed out that the illegally rigged casinos were being operated with the collusion of “respectable” politicians, law enforcement officials, Wall Street financiers who floated loans to finance the gambling resorts and the high-profile gambling resort operators themselves.

… [M]any of these casino resorts run by the mob through a variety of front men have actually been engaged in a de facto partnership with behind-the-scenes mobsters who have assisted the CIA and the Mossad in massive laundering of drug and gambling profits that have been channeled into covert operations of the two allied intelligence agencies. In return, the CIA and the Mossad, using their own influence, have provided “protection” for the illegally fixed gambling operations, preventing law enforcement authorities from cracking down on this corruption.” 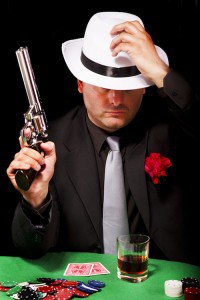 Insider Trump bought a casino (CIA front company) run by the Mafia, CIA and Mossad, and funded by the Rockefellers and Rothschilds.

It’s an old game. Get control of government, set up and control secret military agencies that effectively operate outside the law to become your personal goon squad, then control illegal industries like gambling, drugs, arms and prostitution. Anyone who has closely studied the origins and operations of the CIA will know that the agency has barely ever or never represented the American people, and in 1953 quickly grew (under the control of JFK assassination mastermind Allen Dulles) into a private hitman group to protect the interests and investments of the wealthy.

So what is Trump’s role in all of this? Resorts International was formerly a CIA front company (Mary Carter Paint) that Trump took over. Piper sources an article from The Spotlight magazine, which researched the investors behind it:

“• Meyer Lansky, the acknowledged “chairman of the board” and chief financier of the underworld gambling syndicate, who maintained his own longstanding ties to not only Israel and the Mossad, but also the CIA and the American intelligence community (and who was another figure in the JFK assassination – ed.);

• David Rockefeller, head of the Rockefeller financial empire, who provided his family’s clout and CIA and global banking connections to assist in the operation;

• Tibor Rosenbaum, who was not only the Mossad’s Swiss-based chief financier behind covert arms deals but also the head of the Banque De Credit Internationale of Geneva, the Lansky syndicate’s chief European money laundry; and

• Baron Edmond de Rothschild of the European banking family and a personal business partner of Rosenbaum in Rosenbaum’s Mossad-related ventures ranging far and wide; and lastly,

• William Mellon Hitchcock, one of the heirs to the Mellon family fortune (one of America’s largest private family fortunes, which, for many years, has also maintained close ties with the CIA).

Beware of Politicians Calling Themselves “Outsiders”

Career politicians make a living learning how to become most electable and how to best appeal to voters. Their ambitions, career and income all depend on it. Depicting yourself as agent of change, or an outsider, is a very obvious tactic of politicians who want to get voted in. Undoubtedly, there are some genuine politicians who bring genuine change for the better. However, at this stage in the game, the general public all over the world has been so massively hoodwinked and deceived for so long that it would be wise to be extremely skeptical of any politician making the “outsider” claim. Importantly, the voting public needs to do its homework to check out and investigate the history and connections of any would-be leader, especially outsider Trump, or insider Trump – however you look at him.