What is Killing Bees Most of All?

What is Killing Bees Most of All? 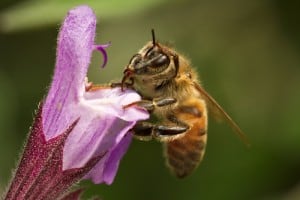 Neonicotinoid pesticides, GMOs, EMFs (electromagnetic fields) and geoengineering are all killing bees. Which is the biggest cause for concern?

You may already be aware how humanity is killing bees

through a variety of methods. In an earlier article The Top 4 Reasons for the Bees Dying Off, I discussed how neonicotinoid pesticides, GMOs, EMFs (electromagnetic fields) and geoengineering were all contributing to disrupting and killing bees, through phenomena like CCD (Colony Collapse Disorder). Mankind is gravely endangering its own survival on the planet by injuring the bees like this, since we are all dependent on bees for pollination and our food supply. Einstein famously said that humanity would only survive for 4 years if the bees were wiped out. There may well be more than 4 ways in which humanity is killing bees, but a recent interview with Gabe Cruz (a former cell phone industry worker who has become a kind of whistleblower and interspecies communicator) reveals that one of these threats may be the greatest of all. 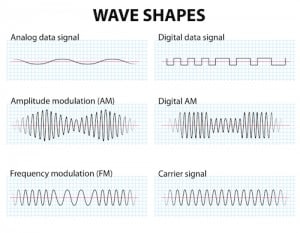 The digital data signal (top right) is apparently the worst for the bees.

Is EMF Killing Bees Most of All?

In an interview with Miles Johnston, Gabe revealed that he used to work in the mobile or cell phone industry in Britain, and was trained to understand frequencies and bandwidth. As part of his job, he used to carry around a backpack containing all sorts of devices of varying frequencies. Not surprisingly, being so close to so much artificial EMF and RF (radio frequencies) affected his mood, health, behavior and entire life. He later quit his job. What makes this story so interesting is that Gabe was telepathically contacted by the bees, or the bee consciousness, with a crucial message. (Animal communicators such as Anna Breytenbach are able to contact the collective consciousness of other species, which speaks to them in one voice).

The bees haven’t merely communicated with Gabe; they have actively tried to make him understand, and make him experience, exactly what they are going through. This has led him to get headaches, feel disoriented, lose his train of thought and suffer a host of other unpleasant effects. It appears as though the bees, through Gabe, are desperately shouting out to mankind: stop creating artificial EMFs that interfere and jam our frequencies – you’re killing us! At least with pesticides and GMOs, the bees may be able to sense and detect the inherent toxicity of them and avoid them, but as long as they must come in the proximity of mankind with all its wireless technology, the bees will find it hard to avoid artificial EMF. 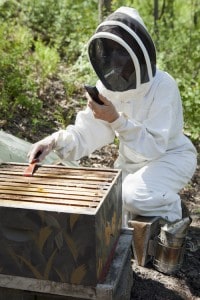 Manmade or artificial EMF is killing bees the most, according to several sources.

Did you know that bees have an electrical sense? In relation to each other, bees are positively charged and flowers are negatively charged, so when bees pollinate, the electrical polarity helps the pollen stick to bees’ hair. Like many creatures in the animal kingdom such as birds, bats and whales, bees also rely heavily on sound and EMFs for their very survival, including for orientation, navigation and communication. They transmit and receive on certain frequencies, and if there is too much interference or disruption occurring, it wreaks havoc on their lives. Manmade EMF, especially wi-fi, high-frequency cell phone bands and the digital horizontal block frequencies, are jamming and disrupting the bees’ communication channels to the point of threatening their survival. They have long been adapting and adjusting to the electromagnetic intrusion of mankind, but now the frequencies are becoming too much for them to bear.

The message Gabe is bringing through is borne out by scientific research. In Bees, Birds and Mankind: Effects of Wireless Communication Technologies (Kentum, 2009), German scientist Ulrich Warnke wrote:

“Bees and other insects, just as birds, use the Earth’s magnetic field and high frequency electromagnetic energy such as light. They accomplish orientation and navigation by means of free radicals as well as a simultaneously reacting magnetite conglomerate. Technically produced electromagnetic oscillations in the MHz range and magnetic impulses in the low frequency range persistently disturb the natural orientation and navigation mechanisms created by evolution.”

“… monocultures, pesticides, the Varroa mite, migratory beekeeping, dressed seed, severe winters, and genetically modified seeds could also explain the bee colonies’ collapse. However, none of these convincingly explains “the fairly sudden and country-spanning appearance two to three years ago of the dying bees phenomenon. Should the bees simply be too weak or ill, they should also die in or near the hive. But no ill bees were found in research into this phenomenon.””

Famous whistleblower George Carlo, a former insider in the mobile phone industry who went public to expose the dangers of wireless, wrote strongly about the issue in June 2007:

“Unfortunately, the situation with the bees is a page out of the playbook that we deal with all the time with the mobile-phone industry. When the bee story first broke, it was based on a German study that showed information-carrying radio waves disrupted the ability of bees to make it back to their hives. That work was made public about two months ago … The news media ran with the story … The mobile-phone industry was caught off-guard by the widespread-media attention the story garnered. After the first news cycle, the mobile-phone industry ‘hit squad’ went into action. First, they planted stories that cast doubt on the Einstein quote …

Next, they conscripted scientists from a number of universities to begin going public with other explanations… viruses, bacteria, pesticides etc., etc., etc. These alternatives have been making the rounds over the past month. The mobile-phone industry is putting quite a bit of money into the pockets of these scientists by supporting their work regarding viruses and alternative explanations. The industry is dealing with it as a politics and public relations problem,­ thus manipulation of the public perception is the appropriate remedy for them … Most people in the public don’t know the back-story, so they do not see the manipulation coming or have the necessary bases for skepticism to see through it.

But here is the bottom line: The colony collapse disorder has occurred concurrently on four continents within a very short time frame. If the reason was biological or chemical, there would be a pattern of epidemic spread ­we would be able to trace the spread of bee disappearance or Colony Collapse Disorder from a source similar to the spread of SARS a few years ago. That is not the case. The condition has hit each continent at roughly the same time. That would mean the cause has to have hit the continents at the same time as well. Mobile phones meet that criterion.” 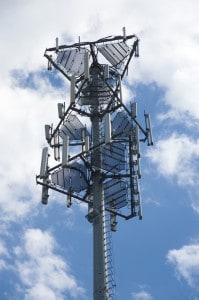 Artificial EMF: you can’t see it, but it’s disrupting and killing bees, and in the long run you too.

Conclusion: Are Bees the Proverbial Canary in the Coal Mine?

Based on the evidence above (both the message through Gabe and the scientific research), it appears that humanity is killing bees at an alarming rate. However, we are not just killing bees. We are killing ourselves. We are electrical and electromagnetic beings. These artificial EMFs, although silent and invisible, are affecting us too, as those who are electro-sensitive can attest. The bees may be warning us before it’s too late, before we bathe our entire world in an artificial EM blanket from which it’s impossible to escape.

Matter comes from energy or consciousness. The field creates the particle. We need to pay more attention to the energetic realm than the physical realm if we want to strike at the root of the problem. As Dr. Robert O. Becker, author of The Body Electric, said:

“I have no doubt in my mind that at the present time, the greatest polluting element in the earth’s environment is the proliferation of electromagnetic fields. I consider that to be far greater on a global scale, than warming, and the increase in chemical elements in the environment.”