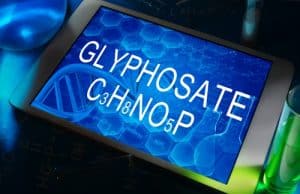 We have an out-of-control glyphosate problem. Glyphosate is the most used and most destructive pesticide in the world.

We all have a massive glyphosate problem

on our hands, even if you have eaten 100% organic food all your life. The pesticide chemical glyphosate, Monsanto’s gift to mankind, is totally out of control – not just in the US, but also in Europe, Australia and many other nations that use it. Glyphosate is almost constantly in the news, as study after study reveal just how widespread, toxic and carcinogenic it is. It’s the most used pesticide in the world. Meanwhile, the US, EU, UN and others all argue over how this lethal chemical killer should be classified and labeled – despite the fact it’s showing up in people’s urine, breast milk and blood (yes – even those avoiding GMOs), and despite the fact that it has been found to be, in the words of an MIT scientist, “the most destructive chemical in our environment”. Although glyphosate used to be the patented chemical solely belonging to Monsanto and used in its RoundUp formula, it is now used by other Big Biotech corporate multinationals such as Dow in their Durango pesticide formula. Now, with the NWO corporatocracy trying to push through the TTIP in secret, backroom deals are being made (such as Big Pharma company Bayer trying to buy out Big Biotech company Monsanto) that could spread glyphosate even further. When is the world going to wake up and acknowledge the uncontrolled glyphosate problem we face? 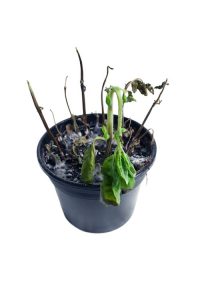 Glyphosate problem: it interferes with the shikimate pathway in plants – and good bacteria in your gut.

How Glyphosate Kills Plants – And You

Glyphosate is such an effective killer because it gets into plants and prevents them from taking up their normal nutrients – thus starving them to death. Glyphosate depletes micronutrients (such as calcium, zinc, magnesium, sulfur and cobalt, just to name a few) which are essential for health in plant and animal organisms. Specifically, glyphosate interferes with the shikimate pathway, a metabolic function in plants which allows them to create essential amino acids or proteins. Without this pathway functioning properly, the plant cannot survive.

Although animals and humans don’t have a shikimate pathway, here comes the glyphosate problem: the bacteria in our gut (microbiome or microbiota) do have this pathway, and we are reliant upon this microbiome in our gut for our health, immunity and our “second brain”. When we allow glyphosate to infiltrate our system, it destroys our gut and subsequently our immune system.

Another particularly nefarious aspect of glyphosate is that it chemically resembles 1 of the 22 amino acids, glycine. Thus, the human body can be tricked into accepting glyphosate in place of glycine, as Tony Mitra writes:

“Pretending to be the amino acid Glycine, [glyphosate] can cross the blood-brain barrier and start interfering in our brain chemistry. It can mis-fold proteins and cause them to behave unnaturally and perform unintended tasks with potential negative effects for us.

It can and does get into our bone marrow and start producing T-cells and helper cells with this rogue chemical fitted in place of glycine. It can get into our DNA and RNA and be responsible for producing potentially dangerous transgenic mutants in our offsprings that will show negative effects even a few generations down the line.

And once it is into our biology, there is no effective way for our immune system, or for man, to get rid of it and replace it, molecule by molecule, with the original glycine.” 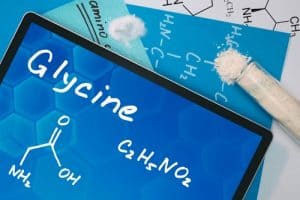 Another aspect of the glyphosate problem is that it mimics glycine.

“While heme is believed to be synthesized in every cell of the body, it’s primary location of synthesis is the liver and the bone marrow. Interestingly, a prime location for where glyphosate is known to accumulate within the body is the bone marrow. Due to the similarity in molecular structure between glyphosate and the amino acid glycine, a molecule required as a substrate for the production of heme, it is very plausible that glyphosate may be directly impairing heme synthesis, and therefore creating a cascade of problems that results from suboptimal levels of heme.”

This also has relevance to the autism connection (see below).

The situation is the same, basically, as when the human body readily grabs carbon monoxide instead of oxygen, thus unwittingly poisoning itself. This is a predictable, albeit devastating, upshot of the entire synthetic chemical drug agenda. When you create situation where the body accepts artificial and synthetic drugs instead of those same or similar compounds derived from natural sources, you get horrible consequences. 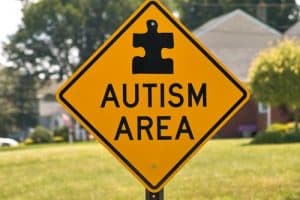 Is the glyphosate problem merely correlated with, or actually causing, autism?

With autism rates skyrocketing in the US, even the Big Pharma-controlled CDC has conservatively admitted that 1 in every 68 American children, and 1 in every 42 boys, have autism. Yes, this is the same CDC whose officials have a revolving door with Big Pharma (e.g. Merck’s Dr. Julie Gerberding) and who have admitted to falsifying data to hide a vaccine-autism connection (Dr. William Thompson). Could there also be a glyphosate-autism connection? Dr. Stefanie Seneff certainly thinks so, based on the fact that symptoms of glyphosate toxicity and autism are so similar, although to be fair, at this stage she may only be showing evidence of a correlation, not causation.

The article I quote above on Monsanto and autism further states:

“… it is very plausible that glyphosate may be directly impairing heme synthesis, and therefore creating a cascade of problems that results from suboptimal levels of heme. Indeed, porphyrins, which are molecular components of heme and heme synthesis have been found to be valuable markers in the biochemical picture of autism. Elevations of certain porphyrins can indicate impairment of heme synthesis and has been found within the autistic population.”

If you have a child with autism, I would definitely suggest getting them tested for glyphosate toxicity.

Numerous Other Toxic Effects of Glyphosate

Glyphosate is responsible for so many toxic effects in your body. Studies show that even small amounts of glyphosate over a long period of time (a “chronic ultra-low dose”) can lead to organ failure. It disrupts hormones. It leads to all kinds of cancer. Brandon Turbeville wrote an excellent article Is Monsanto Contributing To The Rise In Mass Shootings?, pointing out the connection between mass shootings, pharmaceutical drugs and the possible inability of those taking those drugs to metabolize them due to CYP450 enzymes not functioning properly. Guess what impairs the proper functioning of CYP450 enzymes? Glyphosate …

Monsanto Knew How Deadly Glyphosate Was

Last year in 2015, Dr. Anthony Samsel and Dr. Stefanie Seneff analyzed 15,000 pages of scientific documents on Monsanto’s glyphosate research. Their conclusion was that Monsanto’s claims of safety were entirely false. Monsanto knew they had a glyphosate problem, that glyphosate was responsible for a variety of organ failures and cancers, but hid and distorted the data to protect its profit. As Justin Gardner writes in Newly Unsealed Documents Reveal EPA & Monsanto Always Knew Roundup Was Deadly Toxic:

“According to Samsel, Monsanto intentionally corrupted animal studies by using animals that were already sick with cancer and organ failures as controls. Based on the metrics used in these studies, this made those animals exposed to glyphosate appear no more afflicted than the control animals because all of the animals ended up getting sick.”

As I wrote about in an earlier article, I think the gluten-free movement is largely misguided. I respect people trying to take charge of their health, but I think wheat itself has been unfairly demonized in the process when the real culprit is glyphosate. When we are dousing fields of crops – both non-GMO and conventional crops – with glyphosate, you will be ingesting it even if you avoid GMOs.

Conclusion: The Glyphosate Problem is Out of Control

The glyphosate problem is out of control. Like synthetic GMOs themselves, this synthetic chemical is the most widely sprayed herbicide in history, and has infiltrated environments across the world, including your bio-terrain – your body. In many ways, it symbolizes the synthetic agenda of the entire New World Order: to replace organic, natural, biological organisms with artificial, technological, metallic ones. Is the ultimate purpose of GMOs and glyphosate to change our DNA?

We have to look this issue squarely in the eyes – before it completely overruns us.