Geoengineering, HAARP and Chemtrails: The Ultimate Weapon of the Globalists

Geoengineering, HAARP and Chemtrails: The Ultimate Weapon of the Globalists 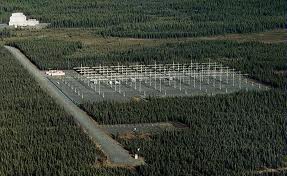 HAARP is a weapon of terrifying power, able to cause earthquakes and tsunamis and make it look like a natural occurrence

Before he was assassinated, JFK affirmed in a famous speech that “we are opposed, around the world, by a monolithic and ruthless conspiracy.” Years earlier former FBI chief J. Edgar Hoover had stated that “the individual is handicapped by coming face to face with a conspiracy so monstrous he cannot believe it exists.” Before that former President Woodrow Wilson said that “there is a power somewhere … so complete, so pervasive, that they (people who knew about it) had better not speak above their breath when they speak in condemnation of it.” More recently Senator Inouye said there “exists a shadowy Government with its own Air Force, its own Navy, its own fundraising mechanism, and the ability to pursue its own ideas … free from the law itself.” This dark secret empire is real and now possesses a weapon so colossal and diabolical that we urgently need to upgrade our idea of what is possible. We need to put this weapon on our radar and become aware of its existence and recent operations.

I refer to HAARP (High Frequency Active Auroral Research Program), a giant field of antennae in Alaska, capable of emitting an electromagnetic beam into the electrically-charged ionosphere or upper atmosphere. From there, the beam can be reflected downward with disastrous effect, able to cause earthquakes, volcanoes and tsunamis, damage far greater than a nuclear bomb, without the fallout. Benjamin Fulford and others have exposed how the Globalists now regularly use HAARP to blackmail nations and deliberately induce earthquakes (as occurred in China, Haiti and New Zealand) in countries that don’t go along with their plans. From now on, we need to think twice and investigate closely whenever we hear about a so-called “natural disaster.”

HAARP is the ultimate weapon of the Globalists, not only due to its extreme power, but also due to the secrecy surrounding its actual capability. The Globalists have “plausible deniability” and can hide from blame simply because the average person is completely ignorant of HAARP’s existence and power. For years now the Globalists have been creating numerous False Flag Operations of huge magnitude (like the Gulf Oil Disaster in 2010) and escaping suspicion while countless people have suffered and died. There are telltale signs when HAARP is activated. One is that strange aurora-like lights appear in the sky. Another is that clouds adopt a very unnatural stratified look. A third sign is that HAARP activity can be measured by an induction magnetometer. All in all, the evidence points to the very strong probability that the recent Japanese nuclear disaster at Fukushima was caused by HAARP, given the seemingly inexplicable and rapid heating of the ionosphere directly above the epicenter of the quake. If you are still skeptical of all this, please consider what the then US Secretary of Defense William Cohen admitted way back in 1997: “Others are engaging in an eco-type terrorism whereby they can alter the climate, set off earthquakes (and) volcanoes remotely through the use of electromagnetic waves.” HAARP and other electromagnetic weaponry is only part of a larger scheme known as “geoengineering”, which is defined as planetary-scale environmental engineering of the atmosphere, the weather, the oceans and the Earth itself. This is a massive multi-layered operation stretching across many continents to achieve numerous dark objectives. The fact that Congress and the EPA have been threatened to stay away from investigating shows the immense money and power behind it.

Another disturbing aspect of geoengineering which goes hand in hand with HAARP is the phenomenon of chemtrails, which are the trails in the sky left by planes after the deliberate aerosol spraying of various heavy metals (including aluminum, barium and strontium), fungi and other pathogens. There has been a mass awakening about the existence of chemtrails, as more and more people are looking up and noticing that instead of being blue, the sky is crisscrossed with long white lines hanging in the air for lengthy periods and eventually breaking down into a gray haze. The chemtrail program, also known as Project Cloverleaf, is extremely compartmentalized; even the pilots themselves have no real idea of why they are actually spraying. For years the Government has denied the existence of chemtrails, falsely claiming that they were merely contrails, the water vapor that comes out of jet engines and disappears after 10 to 20 seconds. However, the truth is that chemtrails don’t come out of the engines, but rather nozzles above the engines, which are fed by tubes from inside the plane. Chemtrails linger in the air for hours, often covering the sky, blocking the sun and resulting in very unnatural cloud formations. In addition to blanket denial, the Government has been using the excuse and phony science of global warming to justify the spraying.

The Objectives of Geoengineering / Chemtrails

What are the aims of chemtrails? There are several. Firstly, similar to other depopulation plans such as the use of vaccines, fluoride and aspartame, the objective is to gradually poison the masses, but to do it so slowly that no one can discern the true cause. People find it harder to heal their diseases and stop the perpetrators if they don’t know the origin of their illnesses. Aerosol spraying is particularly effective since everyone has to breathe, and once it’s sprayed overhead in an area, people can’t easily escape and are essentially forced to ingest the toxic particles. The idea is to make people sick, infertile and trapped in survival mode, where they are so focused on just getting by that they have little or no energy to investigate what is happening and mount an effective resistance.

Secondly, large biotech corporations profit from the spraying. When the chemtrails fall to Earth, they land in the soil and raise its pH, making it too alkaline and unable to support crops. Monsanto is developing aluminum resistant crops so they can monopolize the market, force organic crops out and get everyone to buy their GM (Genetically Modified) seeds. These “terminator” seeds produce no further seeds when planted, so farmers have to keep buying seeds from Monsanto every year.

Thirdly, HAARP and chemtrails are working together in a program of “iron fertilization”, in which the planes specifically dump millions of tons of iron and barium into the seas, which changes their composition. HAARP then magnetizes these metals in the water to create high and low pressure systems, allowing it to control the weather and create storms and floods at will. Likewise, other particles found in chemtrail cocktails may be enabling HAARP to manipulate our thoughts by energizing the otherwise nonconductive air we breathe, so HAARP is a mind control weapon too.

Fourthly, there is huge amount of activity currently happening with our Sun, especially large solar flares. There are great changes occurring in our solar system and galaxy which have the potential to activate our DNA and propel us forward in our evolution. The Controllers fear a global awakening and are desperate to keep their grip on the planet, so they’re dumping these toxic metal particles in the stratosphere to act as a shield, block the sun’s rays and obstruct the activation of our DNA.

Fifthly, the metals which linger in the stratosphere provide a better compositional backdrop for the projection of holograms. Some readers may know of Project Bluebeam, the plan to fake an alien invasion or second coming of Christ by projecting a giant and very life-like hologram into the sky. The idea is that, in a situation like this, people would be so scared or excited that they would willingly give up their power to a world government claiming to guide or protect them. Geoengineering, HAARP, Chemtrails and Nuclear Radiation are a huge subject area about which it’s vital to educate yourself. See “What in the World Are They Spraying?“, “Radiation Solutions to Help You Stay Alive” and “HAARP: The Ultimate Weapon of the Globalists” for further information.

As with all parts of the dark NWO agenda, if we want to do something about it, we need to begin by accepting that it’s happening rather than denying it. The skies are not the same; the soil is not the same; our food and water is not the same. Fortunately, there are solutions. There are 5 outstanding products (Liquid Zeolite, Modifilan/Biofilam, Sacred Clay, Nascent Iodine and Ormus Supergreens) which protect against radiation by blocking radioactive particles from entering the body, and by binding with and safely removing them if they are in the body.