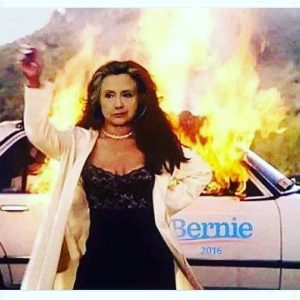 There is only 1 establishment candidate (not that Trump is great either). Watch as she is guided into position between now and Nov. 8th 2016 to loyally execute the NWO agenda.

With the June 7th primaries now over, anointed establishment candidate

Hillary Clinton has emerged, predictably, as the presumptive Democratic nominee. Unfortunately for Bernie Sanders supporters, it was always going to be like this. Bernie didn’t stand a chance against the ruthless Clinton political machine, which has friends in all the high places. Hillary has pandered to Israel, Saudi Arabia, the military-industrial complex, big banks, the CFR (Council on Foreign Relations), Big Pharma and Big Biotech, and probably every other moneyed special interest you can think of in the American political landscape. MSM (Mainstream Media) newsman Chris Matthews even admitted on air that MSNBC was planning on calling the Californian primary for Clinton before the vote was finished. ZeroHedge wrote that Hillary Clinton and AP (Associated Press) may have colluded to time an announcement just before the California primaries that Hillary had enough delegates to win – despite the fact that the unpledged superdelegates don’t vote until July 25th, 2016. Now, with the primaries basically done, establishment candidate Clinton has emerged as the winner, followed by a string of controversial and dodgy victories such as the ones at Iowa, Nevada, Massachusetts (electioneering by Bill Clinton), Arizona and New York. Yet, with the system rigged as it currently is, and the state of consciousness of the public where it currently is, how was this result ever going to be any other way?

How Could It Be Any Other Way?

Hillary Clinton is the establishment candidate par excellence. She is the absolute definition of a corrupted, bought-and-paid political prostitute who will loyally conduct psychopathic business as usual for the New World Order. She laughed when the US and UK invaded the sovereign nation of Libya and killed Gaddafi. She has repeatedly fake-coughed and fake-hacked her way through hearings to avoid answering questions. She has constantly flip-flopped and changed her position to pander to whatever audience she is speaking to. She will say anything to get elected.

Now as we are about to enter a Clinton vs. Trump showdown, watch carefully as the MSM starts to promote Clinton and sideline Trump to ensure their establishment candidate gets elected. Don’t get me wrong – I don’t think Zionist Trump is a good candidate either, and I don’t trust him with all his Mafia and NWO connections. However, as Newt Gingrich said, Trump is not a Satanic insider of the secret societies and mystery schools. There’s only so far he will be allowed to go. These matters are decided according to your rank in the Satanic and Secret Society hierarchy. 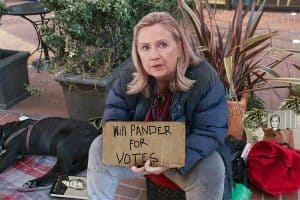 So Your Vote Counts, Huh?

It’s well past time to wake up to the reality of rigged voting machines and voter fraud in the US. I am not against voting in small, local situations where you can actually directly access the candidates and there is less likely to be fraud because there is less at stake. However, at state, national or international levels, it’s really a waste of time. It’s a waste of your effort, energy, “hope power” and manifestational ability. The left-right divide is a total sham. The game has been tightly controlled at those levels for decades or centuries, with few exceptions, by a variety of means, including controlling both sides, controlling public opinion via the MSM, blackmailing and bribing candidates, and as a last resort “accidental” suicides and assassinations.

For some people, the illusion that we live in a democracy where “your vote counts” can be a hard one to break. However to other people, the truth is so painfully obvious that the voting system is entirely rigged. Consider the following:

– Clinton Eugene Curtis worked for NASA, the Florida DOT and Exxon Mobil. In October 2000, he wrote a prototype computer program that would flip the vote, making it 51-49 for whatever candidate was wanted, and it was undetectable (unless you looked at 100 lines of source code). He says he was asked by Tom Feeney, State Congressman, who was at the time the speaker of House of Florida, and a former lobbyist for a computer company;

– Diebold “Accu-Vote” (inversion) voting machines, especially when there is no paper trail, are incredibly easy to hack; 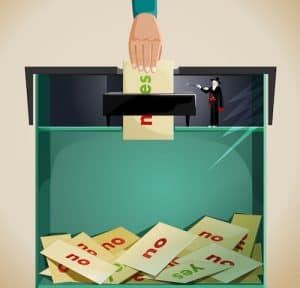 Vote rigging in the US – long a political reality.

Remember Bilderberg Met with Hillary Clinton and Obama in 2008

Remember the reports in 2008 that stated that one of the true ruling groups of the New World Order, the Bilderberg Group, had convened in Chantilly Virginia and had personally summoned both Hillary Clinton and Barack Obama to meet them? Obama was selected to be US President, and has since bombed and drone-assassinated his way into history as the most warmongering Nobel Peace Prize recipient ever. Now, it’s Clinton’s turn.

It’s sad to say, but unless there is a dramatic shift in awareness, and unless people realize we need a new system and a new consciousness (not a new president), Hillary Clinton will be rolled out as the anointed establishment candidate. Yawn – the agenda is nothing if not very predictable. Expect the MSM to brainwash people enough to make “Hillary 2016” happen between now and November 8th, 2016 despite her long, long criminal past and the Clinton body count that trails her.