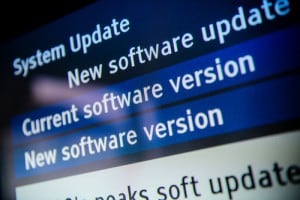 A new consciousness, and a new system which springs from that elevated consciousness, is what we need most now – not a new president. Time for an update!

is what the United States needs most right now – not a new president. Here we are again in the midst of another long election cycle in the US, and what has changed? Yes, there are more “outsiders” this time, to the extent that you can call Sanders (a career politician) and Trump (a billionaire intent on always getting the best deal, in true capitalistic style, no matter what) “outsiders”. You see it every election cycle; a new candidate emerges, promising hope, change and sometimes even a revolution. But how often does it actually lead to significant, lasting and beneficial change? Can any candidate really deliver as much freedom, peace and abundance to the average person as much as an improved new system? 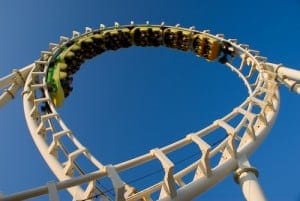 The hope and change rollercoaster – the ride which always seems to take you right back to where you started.

The “Hope and Change” Ride

Many get swept away by the euphoria of it. Obamamania was a classic example. Obama was Mr. Hope and Change, but as many have noted, he turned out to be Bush on steroids, or tyranny with a smiley face. Obama has continued and expanded all the wars, spearheaded a whole new type of war (remote controlled drone killings) and signed pieces of legislation like the NDAA which allows Americans to be held indefinitely without trial, in gross violation of the 6th amendment among others. Is this the kind of hope and change people thought they were getting when they voted for Obama?

Hope and change, or similar notions, are almost always seized upon by politicians vying for office, because they play off people’s dissatisfaction with the status quo. However, history shows us that generally the promised change never quite happens in a way that’s good for the people. The movement or revolution in the making tends to dissipate once the candidate takes office. It leaves us betrayed and trapped, like a donkey tricked into doing hard work, reaching forward for the carrot on a fishing line that always remains out of grasp no matter what he does.

Although Bernie Sanders is clearly of a higher moral character than Obama, what will his brand of “change” be? If he wins, will he, as Chris Hedges writes, just be the leader of another phantom movement? 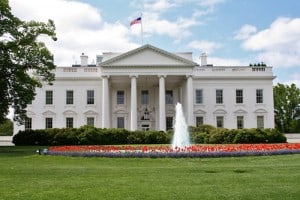 There is far too much power vested in the White House, Executive Branch and office of US president.

The US President Has Too Much Power, Whoever It Is

We may get a new president, but he or she will inherit the same system of control. Meet the new boss; same as the old boss. Lord Acton famously said that “power corrupts, and absolute power corrupts absolutely”. It is a very rare person indeed who cannot be corrupted by the massive excess of power that is afforded an office like that of the US President. US presidents have the power to fire anyone in the entire executive branch of the government, and also to command the instant destruction of entire cities. The US has thousands of nuclear missiles; only the president can give the signal to launch them. Why are we still allowing a system to exist that gives one person such massive power over the entire world?

Men like JFK, although he had flaws like anyone, held to his principles (for which he paid his life), but he was one in a million. It is insane to continue on with a system that keeps deceiving, manipulating and enslaving us, waiting in vain for someone “good” to finally take office and reverse it all. We will run out of breath trying. 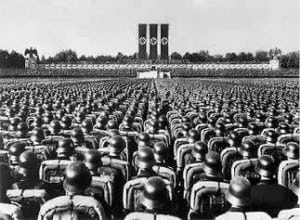 The Nazi regime was the epitome of centralization of power. Many current nations are not that different. The US Executive Branch has grown out of control to overcome many of the checks and balances originally envisioned.

Let’s Face It: Power is Way Too Centralized

The issue is clearly that there is too much power vested in too few hands. Power is far too centralized already, and the goal of the New World Order is further centralization of power in a world government. If we care about freedom, we need to be going in the opposite direction: decentralization of power. Haven’t we learned enough from history, with pages full of mass murder, genocide and war, to see the disastrous consequences of concentrating power in too few hands? Or are we going to continue to delude ourselves that decentralization is too inefficient, and that it’s better to sacrifice freedom for “more efficacious decision making”? It’s just like our health; many people would rather eat fast food and hold cell phones to their heads for hours (thus microwaving themselves) because it’s more “convenient” than eating home cooked meals and talking on landlines. Our values and priorities are so out of whack we are literally killing ourselves with our decisions.

We have the numbers and the power. We could create any new system we wanted to, only limited by our imagination and our will. Many societies in humanity’s past used a council of elders or wise men and women as their sole political vehicle. Some native American Indians gave great power to the old women or crones, who got to decide which men would be leaders, since they knew their characters as young children, when they had reared and watched over them. 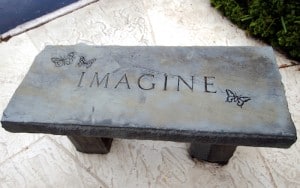 However, before we create any possible new decentralized system, we need to address the root cause of the issue. To really be beneficial, any new system must be grounded in a higher state of consciousness. Einstein said that a problem can only be solved by moving to a higher level of thinking than that which created it. The real revolution has to be a revolution of consciousness. Any other movement or revolution that is not accompanied by this is bound to fail.

If you live in the US, I urge you to think big this election cycle. Don’t just think about which candidate you want, because after all, many are bought-and-sold NWO puppets. Think about the entire system. Think about what changes you would make if you could. Think about what system would better serve everyone. Share this with people you know, even if they aren’t open to it, because it may just plant a seed in their minds. We don’t have to constantly settle for mediocrity by choosing the lesser of two evils. We’re better than that.

At some point we created the government, and thus, so too can we dissolve it and replace it with an entirely new system if we so choose. Remember the words from the Declaration of Independence:

“That whenever any Form of Government becomes destructive of these ends, it is the Right of the People to alter or to abolish it, and to institute new Government, laying its foundation on such principles and organizing its powers in such form, as to them shall seem most likely to effect their Safety and Happiness.

Prudence, indeed, will dictate that Governments long established should not be changed for light and transient causes; and accordingly all experience hath shewn, that mankind are more disposed to suffer, while evils are sufferable, than to right themselves by abolishing the forms to which they are accustomed. But when a long train of abuses and usurpations, pursuing invariably the same Object evinces a design to reduce them under absolute Despotism, it is their right, it is their duty, to throw off such Government, and to provide new Guards for their future security.”

We’ve been abused enough. It’s time for a real revolution.

Share your comments below about ideas for new systems that would better serve humanity.