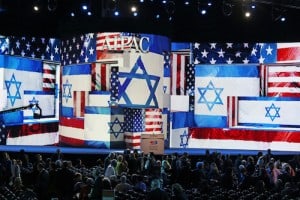 We’ve been told there’s no Zionist Trump as he’s an outsider funding his own campaign. However, Trump’s words at Jewish AIPAC (the most powerful lobby in US politics) tell a different story.

because Donald Trump funds his own campaign. Those promoting Trump, especially in the more aware Alternative Media, have hastened to reassure us that Trump will save us from the New World Order (NWO) – despite Trump’s own NWO connections. They have told us that Trump can’t be bought because he’s funding his own campaign – despite the fact he requests donations and has taken in around $9.4 million to date. They have told us that Trump wouldn’t be another Zionist stooge like Obama, Bush and the many presidents before them who have followed the will of Israel (and thus Rothschild) even if it were to the detriment of US interests. Yet, it was Trump who choose to attend the recent AIPAC gathering (alongside ardent Zionists Hillary Clinton and Ted Cruz, as well as John Kasich). He didn’t choose to not attend (i.e. boycott) the event, like Bernie Sanders, whose decision speaks volumes about his character. So what did the (supposedly non-) Zionist Trump have to say at AIPAC during his 23-minute speech? 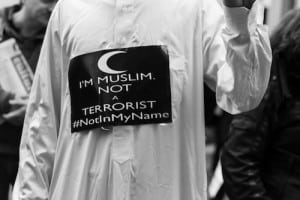 How many people like Trump find it hard to distinguish between “terrorist” and “Muslim” these days?

Trump Has Backed Himself into an Islamophobic Corner

Trump’s big problem is that he’s based much of his campaign on Islamophobia. He’s backed himself into a corner where he’s denounced many (and at times all) Muslims as the enemy. Wittingly or unwittingly, this is having the effect of demonizing the Muslim world, making the possibility of US war against Islamic countries more likely and publicly acceptable, and playing into the greater Zionist agenda of dividing and ruling the Middle East. It’s having the effect of carrying out the Zionist agenda of diverting attention away from their own crimes. Just in case you didn’t realize, since its inception in 1948, Israel has turned into one of the most aggressive, sneaky, racist, genocidal and dangerous nations in the world. Here is a brief list of crimes Israel has carried out since that time:

– illegally expanding its territory by taking land by force, then flagrantly building settler homes upon that stolen land;

– committing genocide against a sovereign people (the Palestinians);

– infiltrating the governments of almost all the major countries of the world, e.g. USA, Britain, France, Germany, Australia and Canada (as well as the United Nations) to the point where Israel dictates their foreign (and sometimes even domestic) policy;

– attacking the USS Liberty in 1967 (even though the US and Israel were supposed allies at the time) with unmarked aircraft;

– exaggerating the threat of Iran and its nuclear intentions while harboring a nuclear arsenal of its own, and refusing to sign the nuclear NPT (Non-Proliferation Treaty);

– creating and funding radical Islam, Islamic terrorism, Islamophobia and the demonization of Islam; and

– creating and funding the latest bogeyman group ISIS, including making and releasing fake footage of supposed beheadings via its front group SITE. 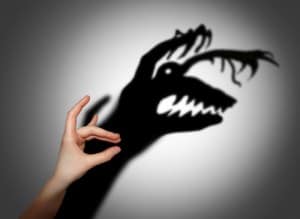 Zionist Trump used the old political trick of playing off people’s fear during his AIPAC speech.

Trump began his speech with the usual pandering that he’s a “lifelong supporter and true friend of Israel”. He quickly moved into predictable territory, talking about how he knows all about deals, and how he’s studied the Iranian nuclear deal (JCPOA) and knows it “better than anybody else”. (Trump knows this deal better that ANYONE? His absolutely shameless narcissism continues to amaze me). Trump continued that the Iran deal is a “bad” one, and stated that Iran had already violated it. This is in direct contradiction to the US Government’s official position that Iran’s compliance with the deal was “strong”. It is also in opposition to numerous voices inside of Israel itself, including current and former military leaders from the IDF and Mossad, who claim Iran’s nuclear intentions are peaceful, as well as the IAEA (International Atomic Energy Agency) who inspected Iran, found no evidence for bomb-making and certified that no uranium had been diverted to a weapons program. It is additionally in opposition to the conclusion a few years ago of all 16 US intelligence agencies that Iran was not pursuing a nuclear weapon agenda.

Zionist Trump further stated that any deal needs 2 willing participants in order to succeed, and that Israel has been a willing participant. This is another bald-faced lie, given the ongoing violence they are perpetrating against the Palestinians, as well as the constant land-grabbing they are doing by expanding their settlements into disputed territory. Countless groups and nations in the world have condemned this behavior at one time or another, including the UN, US and UK. British PM David Cameron called it “utterly deplorable“. Zionist Trump didn’t mention this. He did however ratchet up the fear that Israel and the US would be hit by an Iranian nuclear missile. He even made reference to the false quote that “Israel would be wiped off the map” (which I covered in this article). The truth is that Trump is either badly misinformed or overtly lying about Iran. Either way it’s another reason not to trust or respect him. 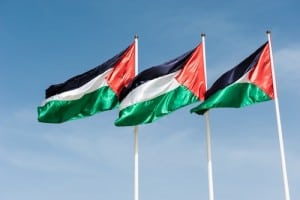 After Iran, Zionist Trump moved on to the next target of his Islamophobia: Palestine. He made several shockingly one-sided and false statements about Palestine:

“Already, half of the population of Palestine has been taken over by the Palestinian ISIS in Hamas, and the other half refuses to confront the first half, so it’s a very difficult situation…”

We all know that Hillary Clinton is a pathological liar, but I don’t know how much better Trump is. Of course there is hatred in Palestine; they are being systematically cheated, robbed, invaded and murdered. It’s a David and Goliath battle, only this time Israel is the Goliath, with US$3 billion flowing into their coffers annually to buy the best military arms in the world, while the Palestinians use sticks and stones as weapons. Listen to the accounts of those brave people who have personally traveled to Palestine to see what is happening firsthand – people like Eva Bartlett, Max Igan and Alison Weir. They tell shocking stories of how badly the Palestinians are being oppressed, corralled into the Gaza open air prison, with electricity cut off and food supplies rationed.

Zionist Trump was right about one thing, but for the wrong reasons. There is no moral equivalency. Many of Israel’s honored political leaders (Begin, Sharon, Peres, Barak) have been military men presiding over war and mass murder. One man’s hero is another man’s terrorist … 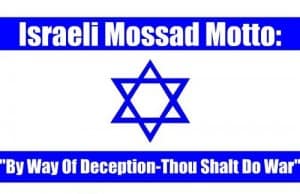 Islamic Terrorism: Made in Israel and the US

There is a very important point to understand in all of this. Islamic terrorism itself is a US-Israeli creation. Remember the motto of Israel’s intelligence agency Mossad – “By way of deception, thou shalt do war”? The CIA and Mossad have been actively creating Islamic terror cells and groups for decades. They do this by covertly funding them, and by overt aggression against Muslim nations, some of whose population start to fight back. In this video, Zbigniew Brzezinski tells the Agfhan Mujadiheen to fight the Soviets and that “God is on your side”. Israel, surrounded by Muslim Arabs on all sides, has mastered the art of divide and rule, and knows it has a better chance of survival and expansion if it can break down neighboring nations into smaller segments. The sectarian partitioning of Syria is exactly what is being proposed by Israel right now …

Conclusion: Trump is a Zionist

It’s pretty hard to deny that Trump is a Zionist after watching his AIPAC speech. He concluded his speech by endorsing the outdated notion of the Jewish state. We live in the 21st century – how many other places on Earth want their entire country to be of a single race and religion? How many other nations could even make this intention without being branded as racist?

Trump declared that “the Palestinians must come to the table knowing that the bond between the US and Israel is unbreakable” and further proclaimed that “we will move the American embassy to the eternal capital of the Jewish people, Jerusalem” despite the fact that the international community rejected the Israel’s annexation of Jerusalem as illegal, and considers East Jerusalem as Palestinian territory occupied by Israel.

Zionist Trump – another panderer to Israel.

Previous Article
This 2016 Presidential Candidate will Blow You Away with His Proposals …
Next Article
Brussels Attack: Convenient Timing