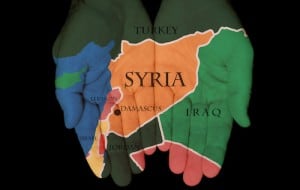 Are Turkey & Saudi Arabia about to join the US-UK-Israeli axis in starting an all-out Syrian ground war, a precursor to WW3?

is being prepared for by at least 2 nations in the last few days. Yesterday, on Thursday Feb. 4th 2016, the Iranian news medium PressTV reported Russia as saying they had detected Turkey preparing itself for a ground incursion into Syria. Meanwhile, on the same day, Saudi Arabia has also declared “The kingdom is ready to participate in any ground operations that the coalition (against Islamic State) may agree to carry out in Syria” meaning it is ready to assist the US-UK-Israeli-Turkey-NATO coalition to ostensibly fight ISIS, with the real target being Bashar Al-Assad, President of Syria. This comes right on top of news that the Pentagon is requesting even more money to fight its imaginary enemies of ISIS, China and Russia. The US already outspends all other countries in the world on military expenditure, while allowing shocking levels of poverty to prevail domestically (with around 50 million Americans or 16% of the population on food stamps or food welfare). Is all this indicative of preparations for a Syrian ground war? 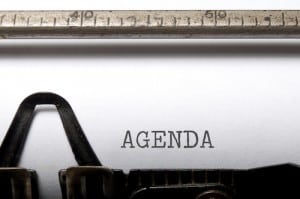 The agenda of the dark forces in power is more war – including a Syrian ground war on the way to World War 3.

Syrian Ground War – The Agenda All Along

None of these geopolitical maneuvers are unexpected if you understand the overall game plan. The New World Order cabal, which is dominated by the US-UK-Israeli axis, wants to take over the whole world, but they have met their match in Russia, China and Iran. The reason Syria has become such a hotbed of activity is because it is a strategic foothold into Eurasia – and a stepping stone to WW3. The US thought it could knock off Syria (just as it had done with Iraq, Libya and many other nations), but Syria has had support from powerful allies – Iran and Russia.

Iran may seem to be a relatively insignificant country, but it has shown tremendous technological and military prowess in recent years. In 2011, Iran brought down the premier spy drone in the US fleet, which crashed into the Iranian countryside. Iran used electronic warfare to bring the plane down by taking control of it mid-flight. Iran actually managed to guide the drone to a peaceful landing inside Iran with the drone “thinking” it was in Afghanistan. Then again in January of this year (2016), Iran captured 2 US Navy boats in Iranian waters by sophisticated electronic jamming. Interestingly, Iranian free energy scientist Mehran Keshe (who now lives in Europe) claims it was his technology that was responsible for the downing of the drone …

Russia, too, has displayed a sophisticated military might in the last few years. According to this article, Russia has superior weaponry to the US, despite being outspent around 7:1. 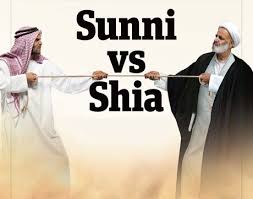 The Stage for WW3 is Already Set with Key Alliances

Unfortunately for those wanting peace, there can be no denying that the stage is already set for a clash of sides. The Middle East is caught up in centuries-old religious infighting, and these old divisions are now part of grander geopolitical alignments. Saudi Arabia and Qatar are Sunni-dominated Islamic nations, while Syria and Iran are Shia-dominated Islamic nations. As Eric Zuesse explains in the article America’s Arab Allies Debate Need for Genocide Against ‘Infidels’:

“According to various measures, Saudi Arabia and Venezuela have the most oil (and Saudi oil is the world’s cheapest to extract, so it’s far more valuable); and Russia and Iran have the most gas. Qatar is #3 on gas, and Iran is #4 on oil. So: those are the actual giant players. Syria’s Assad blocks the construction of a Qatari gas-pipeline into Europe, and of a Saudi oil-pipeline into Europe; Europe is by far the world’s largest energy-market. So, there’s a Sunni-versus-Shiite war, between Sunni royals and Shiite governments; and Assad also blocks Obama’s plan to replace Russian oil-and-gas sales with Sunni oil-and-gas sales. Militarily, Sunni nations boost sales of U.S. weaponry, whereas Russia is America’s biggest competitor in the weapons-sales markets, and supplies weapons to Shiite countries. So: it’s U.S. and the Sunni royals, versus Russia and the Shiite leaders. If there will be another world war, those are already the principals in it.”

Syria Still Holds the Potential of Breaking Out into WW3

The situation in Syria has been dragging on for years now, during which the population has suffered greatly. However, that doesn’t mean it’s over. The recent preparations for a Syria ground war show that Syria still holds the potential for breaking out into a World War 3 scenario. Watch the news closely in the coming weeks and months. Look at for calls from US and UK politicians for a Syrian ground war. It may be couched in euphemistic language like “the only way we can defeat ISIS [a fabricated enemy] is by bringing in boots on the ground”. If you hear anything like this, you’ll be able to discern the hidden agenda to push the world into WW3 by pretending to fight terrorism (due to the propaganda of the fake war on terror) and battle ISIS.