The Way to Overcome the Conspiracy Part 5: Create a New System Rather Than Resisting the Old One

The Way to Overcome the Conspiracy Part 5: Create a New System Rather Than Resisting the Old One 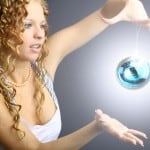 Every human has the potential to be a master creator, so it’s essential to put our attention on what we want (not what we don’t want). We need to focus and create a new system rather than just resisting the old one.

Don’t spend all your time resisting the old one, or else you’ll unwittingly feed it and keep it alive! This is part 5 of The Way to Overcome the Conspiracy series (click here for part 1, part 2, part 3 and part 4), written for those who realize that the current “system” we have is utterly broken and dysfunctional (from the viewpoint of the 99% – it’s functional for the 1% at the top who profit at the expense of those below them). Although the current setup is really not serving us, if we spend all our creative energy only by complaining how bad it is and hurling anger at it, it’s never going to change. We need to focus on what comes next and create a new system.

Create a New System to Make the Old Obsolete

It was the late great inventor and systems theorist Buckminster Fuller who said, “You never change things by fighting the existing reality. To change something, build a new model that makes the existing model obsolete.” Bucky showed a deep understanding of the fact that we are master creators – each and every human on the planet – and that we tend to create, manifest or attract what we focus on. Another way of saying this is the Hawaiian proverb of “energy flows where attention goes”. What you most focus on, especially if it is with intense emotion, you will end up creating in your life, including both the things you love and the things you fear.

Therefore, the last thing we want to do is perpetuate the gross injustice and callousness of the current system by focusing too much attention on it.

There has been a great deal of effort by numerous conspiracy researchers, whistleblowers and alternative journalists to expose the flagrant corruption and deception taking place across the planet, from the parasitic banking system to the NWO cabal that funds both sides of wars and politics. We have discovered, to our horror, that everything is rigged. Government, as well as the media, the military, education and entertainment industries have been hijacked by a connected group of powerful people at the top who are intent on bringing the Earth under their heel in global domination.

The first step is wake up to the truth. It’s to expose, to shed light, to provoke. That is in the process of being done.

The next step is create a new system.

If We Were to Create a New System, What Would It Be?

One way of creating a new system would be to ensure that our leaders actually followed the US Constitution. This would include stripping the US Federal Government of many of its agencies and illegal powers it has amassed over the centuries. Two especially important things would be to rein in and either disassemble or drastically reduce the military-industrial complex, including the spy agencies like the NSA. Incidentally, Eisenhower warned us about the massive danger of the rise of the military-industrial complex in his farewell speech; JFK was so tired of it he reportedly said he would bust the CIA into 1,000 pieces, but they in league with others managed to assassinate him first. The other important thing would be to regain control of the currency, and restore the printing of money and minting of coin purely to Congress, and kick out the private international banksters and the Federal Reserve for good.

However, I suggest we go beyond just these measures to create a new system of abundance by harnessing free energy. Free energy is the gameturner, the matchwinner. It’s the secret that is so big it would revolutionize the planet overnight, if enough people knew about it and demanded it. There are a plentiful array of free energy devices that have been proven to have worked, but have been shut down and confiscated by the Shadow Government. If humanity could manage to develop them and spread them around the planet in such a way that the plans and devices could not be seized, everyone and every household could then generate all their energy, and our dependence on oil and fossil fuels would collapse.

Free energy could give humanity at large the most benefit out of any new proposed system, and in my opinion, needs to form a cornerstone of any new system we create. Imagine the results if enough people put their determined focus on making free energy an affordable reality for everyone on the planet. The current power structure would collapse, and be so obsolete that we wouldn’t have to worry about exposing its darkness any longer! I also recommend the movie Thrive which did a good job in outlining solutions to the New World Order and global tyranny we face.