The Way to Overcome the Conspiracy Part 3: Govern Yourself

The Way to Overcome the Conspiracy Part 3: Govern Yourself 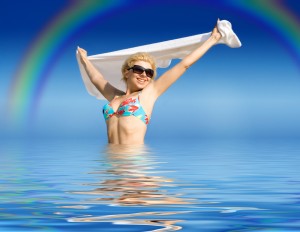 If you govern yourself, you become more free and reduce the need for outside authority or Government.

That way, you don’t need anyone to do it for you. And more importantly, you don’t allow anyone to do it for you. This is part 3 of The Way to Overcome the Conspiracy series (click here for part 1 and part 2), aimed at helping the average person feel more empowered and less overwhelmed when facing the New World Order (NWO) conspiracy. Government today is dangerous, tyrannical and out-of-control, but don’t worry – there is something you can do about it!

What Does it Mean to Govern Yourself?

To govern yourself is to take care of your life, affairs, livelihood, relationships, everything – all without needing outside help or interference. It means you are independent, responsible and self-sufficient. It doesn’t mean you have to do everything for yourself, live in an isolated place, grow all your own food and have no contact with the outside world. People have been trading and interacting since the dawn of man! But it does mean that when you trade you do it fairly and honorably, keeping your agreements and not using deceit. As long as you steal, lie or cheat others, they will feel wronged by you, and seek to redress that wrong. This means they may appeal to outside authorities to do this, which brings in the whole concept of “government”.

To truly govern yourself means to ensure all your relationships are conducted with integrity, so that no one would ever have the need to sue you, bring a claim against you or even bring in some kind of outside authority to resolve a dispute with you. You would work things out with anyone before it got to that point.

When you truly govern yourself, the need for an outside governing force disappears. 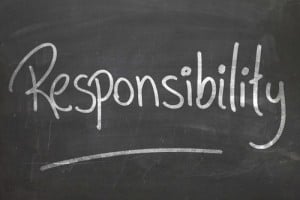 Why is it Important to Govern Yourself?

When you govern yourself, you take matters into your own hands. You start with the person in the mirror. Remember, the biggest sphere of influence you can control is your own thoughts, words and actions. You can’t control backroom deals made by corrupt politicians on the world stage, but you can ensure you conduct your business and personal life in a just and honest way.

Think about it: if everyone started governing themselves, they would resolve disputes among themselves, thus eliminating the need for so many rules and regulations. In short, it would reduce dependence on the law. We would have less need for law, less need for police to enforce the law and less need for courts and judges to adjudicate the law. This automatically equates to less tyranny.

Additionally, if people started to govern themselves better, it would include critical thinking. You can’t outsource critical thinking, although it appears that’s what Rockefeller-funded mainstream education curricula are trying to trick us into doing (see the Deliberate Dumbing Down of America). You have to think for yourself; no one can think for you. Governing yourself means thinking for yourself and carefully evaluating what information comes your way. Those who govern themselves are far less susceptible to deceptive propaganda and brainwashing, upon which tyrannies like the NWO depend. When you end ignorance, you’ll end the control system, too.

If you Govern Yourself, Will you Really Overcome the Conspiracy?

If you govern yourself, you’ll be more sovereign. The amount of government control over you will diminish. When enough of us do this and we reach a critical mass, society will change. The size of Government will shrink, either disappearing altogether or at least becoming very limited in scope (as was the original intention in the setting up of the United States of America and other nations).

Remember, it is your responsibility to investigate and understand the forces governing you! Once you take your power back and do everything you can to better manage your own affairs and life, you’ll be amazed at how more free you are – and you’ll inspire others to help overcome the conspiracy we all face.

Previous Article
Mass-Hypnotised: Hypnotic Elements of the Christian Mass Service
Next Article
The Way to Overcome the Conspiracy Part 4: Choose Your Vibration