The Way to Overcome the Conspiracy Part 2: Be Yourself – Unreservedly

The Way to Overcome the Conspiracy Part 2: Be Yourself – Unreservedly 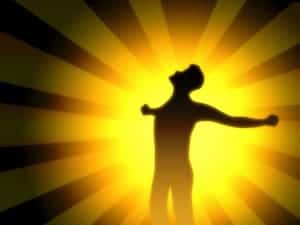 Just be yourself – unreservedly. You’ll inspire others to do the same. What the conspirators fear most is people who have no fear.

Be yourself – without fear, without worrying about the future, without being anxious about failure, without caring what other people think. This is part 2 of the series on The Way to Overcome the Conspiracy (part 1 here) and looks at the tremendous power people gain when they simply decide to be themselves and stop holding back. All of us hold back on some level. Maybe we’re scared about being vulnerable by expressing our feelings too much. That’s a big one. So many societies are characterized by emotional repression, East or West, black or white, be it England, Germany, Australia, Thailand or Japan. In particular, the British ideal of a “stiff upper lip” has only wrought untold misery upon those who regularly stuff their feelings and live lives of quiet desperation.

Holding Back through Fear of Failure or Not Fitting In?

Maybe we’re scared because we’re worried about failing. However, we define what failure is! Einstein once said that “anyone who has never made a mistake has never tried something new”; Edison had a great way of looking at it when he said, upon being asked how about repeatedly failing to design a working light bulb, that “I have not failed. I’ve just found 10,000 ways that won’t work”. Alternatively, maybe we’re scared about what others will think. That can be a huge trap. Humans are undeniably social creatures and it seems that we have a very strong primal instinct for acceptance, to fit in as part of the herd. If that need is not tempered with self-knowledge and the courage to be Who We Really Are, then it can lead to passivity and a desire to not want to rock the boat, and is easily manipulated by the NWO (New World Order) conspirators against us.

It is hard to sum it up better than the words of Marianne Williamson, who wrote that:

“Our deepest fear is not that we are inadequate. Our deepest fear is that we are powerful beyond measure. It is our light, not our darkness that most frightens us. We ask ourselves, who am I to be brilliant, gorgeous, talented, fabulous? Actually, who are you not to be? You are a child of God. Your playing small does not serve the world. There is nothing enlightened about shrinking so that other people won’t feel insecure around you. We are all meant to shine, as children do. We were born to make manifest the glory of God that is within us. It’s not just in some of us; it’s in everyone. And as we let our own light shine, we unconsciously give other people permission to do the same. As we are liberated from our own fear, our presence automatically liberates others.” 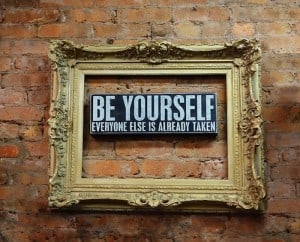 Be Yourself No Matter What Situation You Are In

Therein lies the real secret to ending the NWO and the conspiracy of control that is threatening to enslave the entire planet. As you truly be yourself, without reservation, then that ignites a spark in others and helps them to the same. What the conspirators fear most is people who have no fear, who decide to express themselves fully and be themselves completely. These kind of people cannot be controlled. They resist conformity, uniformity and meek obedience. They do not engage in unquestioning submission to authority, nor are they easily corrupted, perverted or tricked into “carrying out orders” or “just doing their job”. They know their actions count, and they are not going to let themselves be used to bring into existence, or enforce, a totalitarian global dictatorship.

Be Yourself – Nobody Else Can!

Be yourself – every other self is taken! Be yourself – unreservedly. Make no apologies to anyone for Who We Really Are. Don’t set up any inner tension or struggle by denying the magnificence, power, beauty and reality of Who You Are.

Don’t conform for the sake of conformity. The pain you will feel from being inauthentic far outweighs any possible gain you get from hiding your light or pretending to be someone you’re not. Once enough of us decide to be ourselves, the global conspiracy will crumble – because it is only supported by the shoulders of the ignorant, by those who have forgotten they are infinitely powerful.