The Way to Overcome the Conspiracy Part 6: Convert Fear into Awareness

The Way to Overcome the Conspiracy Part 6: Convert Fear into Awareness 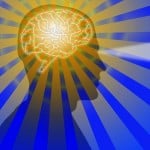 It is crucial to convert fear into awareness so you handle the shocking truth without being afraid.

In order to master dealing with the New World Order (NWO) conspiracy, you need to be able to convert fear into awareness, and become aware, not afraid. This is (the final) part 6 of The Way to Overcome the Conspiracy series (click here for part 1, part 2, part 3, part 4 and part 5), written for those who object to the insane world around us and want to help change it for the better.

Whatever You Fight, You Become

Part of the problem of dealing with something as dark and evil as the New World Order is that you can get sucked into it. If you spend too much energy or focus fighting or resisting the NWO, you’re on the wrong track. Whatever you fight, you become; whatever you resist, persists. Trying to overcome the NWO head on by meeting it with anger will backfire, because when it comes to hate and violence, no one is any match for it.

The New World Order thrives on violence. Look at the way police are being militarized and mobilized against their own people – the individuals they swore in many cases to protect. By rioting and acting aggressively you merely give corrupt politicians an excuse to use violence against you – and they will win, because they have more money, arms and force in that arena. Why challenge an enemy in an area where he is stronger?

The Secret is to Convert Fear into Awareness

The key to dealing with the massive amount of darkness is to be aware of it without being afraid of it. Being aware is like walking a tightrope between two extremes: the extreme of being overwhelmed, scared and disempowered (“there’s nothing I can do about the scale of darkness, so I’m just going to ignore it”) vs. the extreme of being sucked in, angry and hateful (“I’m going to fight the corruption tooth and nail”). 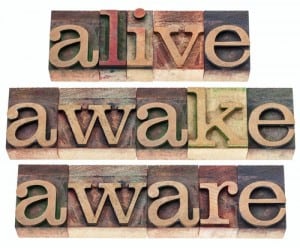 We need to shine the light of truth on the unlawful activities of the elite, so that people will stop falling for the deception and so that these horrific crimes can be healed, whether it be democide (government killing its own citizens), child trafficking or mind control. It’s vital that researchers, truthtellers and whistleblowers keep shining the light, but it must be done with consciousness. It’s natural to feel scared when you realize the immense amount of money, power and technology the elite are hoarding, and have weaponized to use against the masses. However, if you continually feel afraid of them, you will be paralyzed and unable to act to create something better. Likewise, it’s natural to feel angry and outraged at the injustices perpetrated against humanity at large but the NWO Controllers, but if you prolong that anger and keep holding onto it, rather than using it as a brief impetus to correct the injustice, it will start poisoning us from the inside out.

In that sense, the NWO is inside all of us.

You CAN Handle the Truth … if you Convert Fear into Awareness

If you allow yourself to be consumed by fear or anger, you are being driven by exactly the same force that drives the minds of the ruthless, cruel and psychopathic “leaders” we have. We all need to convert fear into awareness if we want to be able to withstand the shocking truth about who runs the world and how they do it. Otherwise, we will not be able to deal with the ugliness and will instead ignore it, letting is fester and grow in the darkness, until we wake up in a global dictatorship.

Previous Article
NSA Whistleblowers: The Top 5 in a Growing List
Next Article
Why Are the Elite Poisoning the Planet?