Micronutrients: The Key to Vibrant Health

Micronutrients: The Key to Vibrant Health 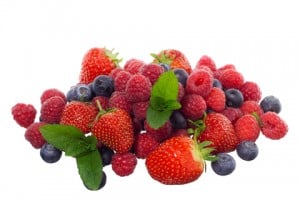 Micronutrients (vitamins, minerals and other tiny nutrients) are the key to good health and a strong immune system. Micronutrient deficiency is the hidden cause of many illnesses, but by eating super foods, you can ensure you’re getting enough.

Micronutrients are the vitally important minerals, vitamins, enzymes and other tiny nutrients

within our food which are essential for good health. They are small in size, but huge in influence. Micronutrients are almost always completely overlooked by mainstream Western science, which barely even acknowledges nutrition as a factor in health. When it does acknowledge nutrition, it generally only looks at the macronutrients of a food: the carbohydrates, proteins and fats. This is not the whole story, because even if you are getting enough macronutrients in your diet – and even if you eat high-quality carbs, proteins and fats – you could still have health problems due to a micronutrient deficiency.

Micronutrient deficiency is unfortunately very widespread, with a large percentage of the population deficient in some kind of mineral or vitamin. For example, iodine deficiency in the developed world is at least 74% but probably much higher. Similarly, vitamin D deficiency has been found to be 59% in some studies. Many people are also chronically deficient in magnesium and zinc. However, in addition to the well known vitamins and minerals, many are also lacking adequate levels of trace minerals such as selenium (the best source of which are Brazil nuts), which is crucial for fighting off colds and boosting immunity. Enzymes, electrolytes and coenzymes (such as CoQ10) are other examples of micronutrients which are necessary for many physiological functions and without which we either could not survive or could only subsist in a poor state of health.

The Causes of Micronutrient Deficiency

It’s not difficult to see why people are lacking these critical micronutrients. The first reason is that we eat such processed food that all the nutrition has been stripped away. Whenever you eat white rice or white flour from wheat (in the form of pasta or bread), you are only getting carbs without any of the micronutrients that were once part of the original plant and whole grain – which include vitamin E, the vitamin B complex, iron, manganese and more. The second reason is that, even if you eat whole grain and fresh, non-processed foods, the foods themselves may still not contain high levels of micronutrients due to soil depletion. The last few decades have seen an explosion in Big Agra mono-crops and the use of chemical fertilizers and pesticides, which initially produce higher yields but eventually leave the soil so depleted of minerals that any food growing in it simply cannot contain much nutrition.

Do not underrate the power of micronutrients when it comes to health and disease. Dr. Joel Wallach found that a deficiency in just one mineral (calcium) could be the underlying cause of 147 different diseases! That is how important each and every vitamin, mineral and other micronutrient is to your wellbeing.

You can reverse micronutrient deficiency by introducing super foods into your diet. Start by taking a green blend filled packed with minerals; I recommend Ormus Supergreens because it is deliberately grown in an old volcanic bed in Utah where the soil is incredibly rich. Adding a few teaspoons to your smoothie or sprinkling it over your fruit or yogurt each day will give you an amazing array of micronutrients. You can counter iodine deficiency by taking Nascent Iodine (safe to take daily on a long-term basis), a magnificent form of bio-available iodine which will raise your body’s iodine levels and kill parasites in your body at the same time. You can get enough vitamin D by taking Raw D3, a cultured vitamin D supplement which is the best on the market when it comes to vitamin D products. Magnesium oil is also a wonderful product to boost magnesium levels, since you rub it on your skin and it gets absorbed straight into your bloodstream, bypassing digestion.

Pay attention to micronutrients. You can’t see them, but your health depends on them!