Who’s Living Whom? Bacterial Cells vs. Human Cells in the Body

Who’s Living Whom? Bacterial Cells vs. Human Cells in the Body 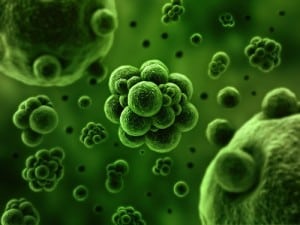 Who’s living whom? Think you’re in charge? The bacterial-human cell ratio shows your human cells are greatly outnumbered by microbiome (bacterial) cells in your body.

The bacterial-human cell ratio in the body

is quite astounding, if you didn’t already know it. Did you realize that the amount of bacteria in your body vastly outnumber everything else?The bacterial-human cell ratio is estimated to be around 10:1! That means for every human cell in your body, there are roughly 10 bacterial cells. So who’s living whom? Who’s in charge? It’s certainly not the human “you”, because you only have one eleventh of the numbers (although human cells are far larger and heavier). The bacterial-human cell ratio reaffirms the importance of having a healthy bio-terrain (i.e. having the right balance of, and an abundance of, healthy bacteria in your body), which is what many alternative and holistic healing modalities teach. Ultimately, it also lends weight to the idea that it is your body’s bio-terrain or inner environment that determines your state of health and immunity – not whether you are exposed to a particular bacterium or virus as is the prevailing view in Western Medicine.

Right from the moment we are born, we start to collect bacteria; mostly from our mothers, but also from putting anything we see into our mouths. These bacteria or microbiomes make their way into our stomach and intestines where they set up camp. It is though that there are over 500 species living in the guts of an average adult, and the majority belong to two phyla, the Firmicutes (such as Staphylococcus and Clostridium) and the Bacteroidetes. Just as the Human Genome Project was an attempt to map the entire human genome, the Human Microbiome Project is an ongoing attempt to map, identify and comprehend the complex web of bacteria residing in the human body.

Your body needs bacteria. They perform a variety of functions, such as breaking down food that would otherwise cost you far more energy in digestion. As the article The Microbiome: Your Gut and Immunity states:

“Beneficial bacteria in the gut help us break down and digest foods, particularly complex carbohydrates, and synthesize a number of nutrients that we cannot create ourselves including vitamin K2, folic acid, vitamins B1, B2, B3, B6, B12, and various amino acids. They also help us metabolize certain xenobiotic substances including plant constituents, pharmaceuticals, and toxins.” (xenobiotic means substances foreign to our bodies, usually a synthetic chemical) 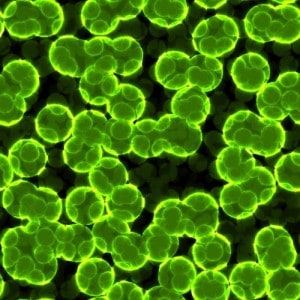 The bacterial-human cell ratio is directly related to your health and immunity.

The friendly bacteria in our body live in your gut, and your gut is the basis for your immune system. How do these friendly bacteria boost immunity? By acting as competitive inhibitors of colonization by pathogenic species. They literally crowd out the tiny spaces in your body and prevent other hostile forms from colonizing there. Additionally, studies such as these (here and here) have concluded the friendly microbiomes have the capacity to directly kill pathogenic species or stimulate our immune system to kill them. Here are some of their findings:

“Resident bacteria profoundly shape mammalian immunity … The immune system has thus evolved adaptations that work together to contain the microbiota and preserve the symbiotic relationship between host and microbiota. The evolution of the vertebrate immune system has therefore been driven by the need to protect the host from pathogens and to foster complex microbial communities for their metabolic benefits.”

“The microbiota is generally considered symbiotic, and has been implicated in the regulation of cellular growth, restitution after injury, maintenance of barrier function, and importantly, in the induction, development, and modulation of immune responses. The mucosal immune system uses diverse mechanisms that protect the host from overt pathogens, but necessarily has coevolved to monitor, nurture, and exploit the normal microbiota. As a whole, mucosal immunity encompasses adaptive immune regulation that can involve systemic processes, local tissue-based innate and inflammatory events, intrinsic defenses, and highly conserved cell autonomous cytoprotective responses.”

As these and many other scientific studies have pointed out, the relationship between humanity and certain bacteria has evolved over time to become highly symbiotic. We have, in essence,  selected and allowed certain bacteria to reside in our bodies in exchange for them providing valuable functions such as host defense. Did you ever think you had made such a beneficial deal with trillions of tiny things? 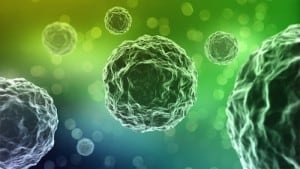 The bacterial-human cell ratio forms part of your 2nd brain – in your gut.

Not only do the beneficial microbiomes provide excellent defense against pathogenic bacteria, but they also form something akin to a 2nd brain in the gut. How? Well, the gut is regulated by a large collection of neurons known as the enteric nervous system, which contains more neurons than your spinal cord. The enteric nervous system produces around 90% of the serotonin and around 50% of the dopamine found in your body. As you may know, both serotonin and dopamine are neurotransmitters with highly important roles in the body and brain. Serotonin is involved in virtually every kind of human behavior: emotional, motor, cognitive and autonomic. Dopamine plays a major role in reward-motivated behavior.

Both neurotransmitters greatly affect your mood – and an imbalance in both has been associated with mental illness. Low serotonin levels have been implicated in diseases such as chronic pain, insomnia, anxiety, depression, fibromyalgia and irritable bowel syndrome, while low dopamine levels have been associated with Parkinson’s and schizophrenia. Medical history was made earlier this year with the first successful FMT (Fecal Microbiota Transplant) – sounds gross but it actually helped the patient get more beneficial microbiomes!

“Recent neurobiological insights into this gut–brain crosstalk have revealed a complex, bidirectional communication system that not only ensures the proper maintenance of gastrointestinal homeostasis and digestion but is likely to have multiple effects on affect, motivation and higher cognitive functions, including intuitive decision making. Moreover, disturbances of this system have been implicated in a wide range of disorders, including functional and inflammatory gastrointestinal disorders, obesity and eating disorders.”

Scientific studies by the truckload (here, here and here [which provides the quote above]) are now validating what people have long intuitively known: the gut is an important decision-making center in the human body. Has anyone ever told you to “trust your gut” or “go with your gut” when feeling out a situation or making an important decision? Now you know why! 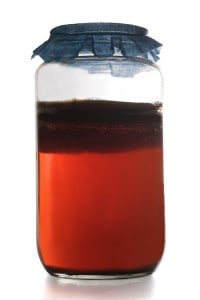 Drinking fermented kombucha is a great and tasty way to boost health by influencing the bacterial-human cell ratio.

Implications of the Bacterial-Human Cell Ratio

An astounding privacy implication of the bacterial-human cell ratio is that, according to the recent study Humans differ in their personal microbial cloud, you could be identified by your microbial cloud. Imagine being picked out from the crowd due to what kind of firmicutes and bacteroidetes you have in your gut!

There are numerous health implications of the bacterial-human cell ratio, too. An obvious one is that, if we want optimal health, we must take care to protect the balance of good or friendly bacteria in our bodies in relation to the bad or harmful bacteria. The bacteria in our body form their own eco-system if you will, and every eco-system is composed of various parts which work in cooperation (and sometimes superficially in competition) to ensure the overall harmony and balance of the whole system. This is why antibiotics are dangerous medicine; they may be necessary as a last resort to stop a virulent disease, but they wipe out the entire colony of bacteria, taking out all the beneficial aspects with it. Antibiotic overuse and overprescription is rife; many have already predicted that antibiotics are becoming less and less useful every year, due to bacteria mutating and adapting to them.

Focusing on probiotics and prebiotics is another upshot of the bacterial-human cell ratio. What’s the difference? Probiotics are literally alive bacteria, whereas prebiotics are the fibrous parts of food (carbohydrates) that you can’t normally digest. Prebiotic fibers in plants (found in fruits, vegetables, nuts, seeds and whole grains) allow beneficial bacteria in the colon to ferment. As they ferment, they release short-chain fatty acids that directly feed our intestinal cells!

Another ramification of the bacterial-human cell ratio is simply this: if you want an easy way to boost your health, introduce more raw and fermented foods (which naturally carry bacteria) into your diet. Fermented foods especially can be highly beneficial for health, and exist all over the world in various cultures. The Japanese have miso and natto (fermented soy beans), the Koreans have kimchi (fermented cabbage) and the Germans have sauerkraut (another kind of fermented cabbage). Then there is kombucha, cheese and yoghurt (fermented dairy), sourdough breads (fermented grains like wheat and rye), kefir, apple cider vinegar and many other kinds of foods. It’s a lazy person’s way to good health. Chances are you’ll find some of these foods very tasty – so sit back, enjoy them and let the bacteria get to work at strengthening your bio-terrain and boosting your immunity!

Previous Article
Mass Migration to Europe: All in Line with the New World Order
Next Article
Activism: The Way to Demonstrate Your Spirituality