Gluten-Free: “Fad” or Not? Studies Suggest Most Gluten Sensitivity Is Imagined

Gluten-Free: “Fad” or Not? Studies Suggest Most Gluten Sensitivity Is Imagined 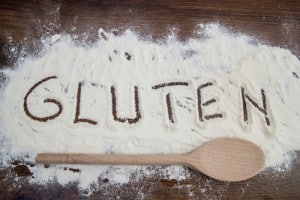 Is gluten the enemy? For the vast majority of people, it most likely poses no real problem.

and available, whether you are in a restaurant, cafe or grocery store. Although there are definitely people who suffer from celiac disease and other diseases triggered by gluten, the entire gluten-free movement has left many health experts and nutritionalists scratching their heads in bewilderment. Since when did large chunks of populations used to eating bread, pasta and other wheat products suddenly suffer from gluten sensitivity, especially when their genetic ancestors have a long history of consuming wheat (even if the gluten levels were lower back then)? Is it more accurate to call the movement the gluten-free fad or the gluten-free craze? Several studies are suggesting people who think they are gluten sensitive are not, and that wheat is not to blame for the rise of celiac disease. 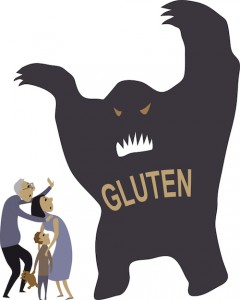 Several studies have concluded that most gluten sensitivity is imagined.

Most Gluten Sensitivity is Imagined

For those who don’t know, gluten is a protein found in wheat, rye, barley, and other grains. It is what gives bread its chewiness. Gluten is also used as a meat substitute (such as in seitan, Tofurky or some veggie sausages).

Gluten-free is now a big industry. As this article on ScienceAlert.com states:

“30% of people want to eat less gluten. Sales of gluten-free products are estimated to hit $US15 billion by 2016. Although experts estimate that only 1% of Americans – about 3 million people – actually suffer from celiac disease, 18% of adults now buy gluten-free foods.”

The whole hype surrounding gluten has arisen from the fact the wheat in the USA has been greatly hybridized to increase gluten content. According to some reports, Americans in around the 1950s used to be eating wheat with about a 3% gluten content, and are now eating wheat with about a 50% gluten content. That massive jump has (justifiably) caused concern for many. However, what has mostly come out this has been a large-scale demonization of gluten and demonization of wheat.

“The subjects cycled through high-gluten, low-gluten, and no-gluten (placebo) diets, without knowing which diet plan they were on at any given time. In the end, all of the treatment diets – even the placebo diet – caused pain, bloating, nausea, and gas to a similar degree. It didn’t matter if the diet contained gluten.

“In contrast to our first study … we could find absolutely no specific response to gluten,” Gibson wrote in the paper. A third, larger study published this month has confirmed the findings.

It seems to be a ‘nocebo’ effect – the self-diagnosed gluten sensitive patients expected to feel worse on the study diets, so they did.”

Thus, the study found that most people who thought they had gluten sensitivity did not, and so leads us to believe that many people pursuing gluten-free diets may be doing so unnecessarily. 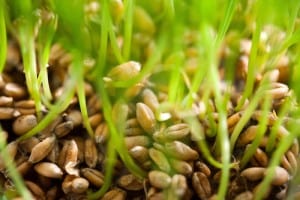 The gluten-free fad is throwing away the baby with the bathwater. Wheat is a highly nutritious grain. Above are some sprouting wheat berries, forming wheatgrass – one of Nature’s most powerful foods.

Wheat is a Powerful and Nutritious Grain

To provide some balance to the whole gluten-free issue, it is worth remembering that wheat is a powerful and nutritious grain. Many of us wouldn’t be alive reading this if it weren’t for wheat. Along with rice, wheat is responsible for boosting the human population to its current levels. The discovery that wheat could be grown as a large-scale crop became the basis for the early agricultural civilizations around 6000-4000 B.C. such as Sumeria and Egypt. It has been a staple in many countries for millennia, from India through the Middle East to Europe, and now of course is widely consumed in the US, Canada, Australia, New Zealand and even in Eastern countries like Japan (which imports massive amounts of wheat to make it into udon noodles).

Whole wheat contains a wide array of minerals, vitamins and other nutrients which support human health. Wheat contains high amounts of many B vitamins, manganese and selenium as well as moderate amounts of phosphorus, magnesium, iron, zinc and copper. Listen to what nutritional expert Paul Pitchford (author of the highly esteemed nutritional manual Healing with Whole Foods) had to say about wheat:

“Wheat absorbs a wider range of minerals from rich soil than other grains. In addition, its nutrient profile – the comparison of its nutrients with one another – is similar to that of the human body. For this reason and because it nurtures the heart-mind, wheat is sometimes considered an ideal food for human growth and development.”

“The fact that people have greatly overeaten refined and rancid wheat products that have been genetically altered for smut resistance continuously since 1926 partly explains the many common allergies to this vital food.”

This leads us to wonder: has wheat been unfairly blamed for diseases that actually due to other ancillary factors? 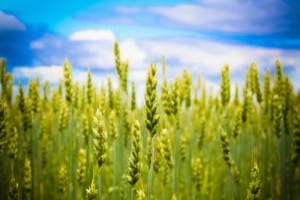 The Problem is Not Wheat Itself

– Organic Wheat vs. Conventional Wheat: Is your wheat grown organically or conventionally? If it’s not organic, chances are very high it’s being doused with glyphosate, the highly toxic and probably carcinogenic pesticide made by Monsanto and used in their RoundUp. Do you really want to be ingesting that stuff, when it suffocates cells’ (plants or animals) pathways and starves them of vital nutrients?

– US Wheat vs. Wheat from other Nations: Apparently, other nations outside the US have not hybridized and altered the wheat to maximize its gluten content in such a dramatic manner. There is anecdotal evidence that people eating Australian wheat or Italian wheat don’t suffer the same kind of problems that have when consuming American wheat.

– Whole Wheat vs. White Wheat: Whole wheat, like any other grain, is far superior in terms of health than the white, refined version. Exactly the same goes for brown and white rice. Why eat a grain whose nutrients have been so stripped to the point where only carbohydrates remain? The only advantage of refined grains is a longer shelf life. Do you want to sacrifice health for convenience? Go the extra mile and ensure you get whole wheat, and eat it soon so it doesn’t go bad.

– Fresh Wheat vs. Rancid Wheat: It goes without saying that fresh food is healthier than rancid or stale food. Whole grains contain oils in their kernels, which can go rancid if you do not consume them soon after harvesting, or if they are stored inappropriately. Are you eating fresh wheat?

– Fermented Wheat vs. Non-Fermented Wheat: The fermentation of food is an important part of its preparation. In general we do not eat enough fermented foods, which means we are not taking good enough care of supporting and maintaining the right balance of probiotics in our gut – which are the basis of our immunity. Fermenting foods changes their chemistry, often in positive ways. In the case of wheat, fermenting it can transform and remove its phytic acid content, which is not a healthful part of the grain. There are many sourdough wheat bread options around, and healthy fast-food chain Chipotle recently added whole wheat sourdough tortillas to their menu!

– Gluten Sensitivity Self-Diagnosis: Many people are falsely diagnosing themselves with gluten intolerance or gluten sensitivity. It would be better to go to a health professional or doctor (whether allopathic or naturopathic) to test this rather than assuming it. 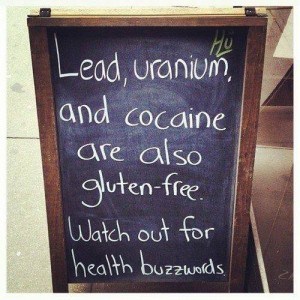 Gluten-free has become a buzzword.

Conclusion: Think and Test for Yourself when it Comes to Gluten-Free

Maybe you are one of those (rare) people that does suffer from celiac disease or other gluten-caused diseases (I know someone who suffered greatly from what appears to be gluten-triggered Hashimoto’s disease). In that case, gluten is obviously not for you. However, chances are for most people that consuming some gluten is not a problem. If you are avoiding it, you may just be going along with the latest health fad, rather than doing anything truly meaningful to improve your health, such as eating organic, eating more raw foods, eating more fermented foods, eating more fruits and veggies, or eating more whole foods in general.

Focus on Being Nutritionally Literate More Than Gluten-Free

Health fads come and go. Today soy is good, tomorrow soy is bad. Today potatoes are bad, tomorrow potatoes are good. Don’t go along with the crowd just because it’s cool, trendy or you believe you are improving your health without investigating it and knowing it fully. Educate yourself and become more nutritionally literate. Meanwhile, stay open to wheat. Grab some organic, sourdough, whole wheat bread and enjoy!

Previous Article
Who is Jeb Bush, Really? – Part 2 – Jeb’s PNAC & Money Laundering Past
Next Article
Why are the Elite Orchestrating Such Amateurish False Flag Shootings?