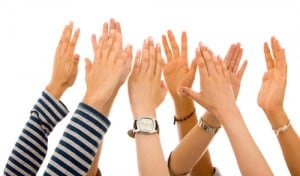 Many people desire a world with less government and less tax. We need to get more involved and increase our participation to make it happen.

are two widely held desires by many people of the world, regardless of whether they live in overtly repressive regimes or supposedly enlightened democracies. Around the world, we are drastically over-governed and over-burdened with excessive regulation and bureaucratic bullying from petty tyrants. As the Roman historian Tacitus wisely said, the more corrupt the state, the more numerous the laws. On an energetic level, the preponderance of government cannot exist without the citizenry enabling it. It’s a codependent relationship; if you act like a powerless slave, you will manifest a harsh master, or conversely, if you already have a harsh master, you can tend to fall unconsciously into the role of powerless slave. We cannot expect to magically have less government and pay less tax if we don’t also do something to address the underlying balance. However, there is a practical solution that is within the grasp of everyone: more participation.

More Participation is the Key to Freedom

By more participation, I don’t mean more voting. The US voting system is entirely rigged for many reasons, from programmed electronic voting machines to countless other acts of voter fraud (just ask Arizonans!). Going through another US election circus (as we do every 4 years) serves as a stark reminder that we need to stop wasting our time investing energy in finding the “perfect candidate” who’s somehow going to stop all the evils of the world – while inheriting a system of massive centralized power that makes them into an Emperor with the legalized power to kill. We are already aware of the gross criminality of Hillary Clinton and the Zionist-NWO connections of Donald Trump. Although Bernie Sanders has more principles than either of those two (e.g. by deliberately not taking money from big banks), he has been a longtime supporter of war when it comes to US military intervention. As Ryan Dawson pointed out about Bernie’s voting record:

“[Bernie] wanted military intervention in Yugoslavia. He voted yes on Bombing Kosovo. (One of his staff members resigned over it.) He voted to finance the Iraq War multiple times. Supports the war in Afghanistan and voted for it. Supported the coup in Ukraine and voted to give 1 billion dollars towards it. Supports aiding Al Qaeda in Syria and calls them “moderate rebels”. Voted to invade Libya.” 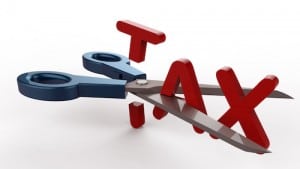 We are taxed to death. It’s time to create a world with less government and less tax.

The time has come to stop engaging with this circus. More participation means actively taking a part and having a say in how our community, society, state or nation is being run. Everyone has their own amount of skill and time that they can devote to this, so everyone will be able to help to different extents. However, the bottom line is that the more we take matters into our own hands and direct the course of society, the less relevant politicians become, and the less politicians are able to justify Big Government with all its excessive taxes. The key is really to make politicians obsolete, because then we can turn to them and say, “We don’t need you. Go and find another job. The people will run the country.” Of course, we are only able to do effectively this if we are well-informed, aware and willing to give up some personal time to taking a stand for what is right.

Some at this point may argue, “I already have enough on my plate. How do possibly expect me to do more? I barely have enough time to pay my bills and spend time with my family.” Yes, that’s true – almost all of us are in that rat race. Why? Because we are excessively taxed to the point where we have to run around like crazy just to make ends meet. It’s not just the illegal IRS federal income tax. Do you realize you probably pay most of these 97 taxes every year? Are you aware just how much Big Government is bleeding you to death?

Imagine a world with less government and more freedom. Imagine a world with less tax and more dollars in your wallet. Imagine not being stressed about work and money. Imagine if we could break the dependency cycle with government and remove all the limitations that have been placed on us. Your life would change immeasurably! However, to get to that point, we first need to break the underlying relationship of apathy, ignorance and slavery with more enlightened participation. 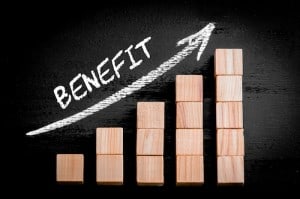 The 3 Main Benefits of Increased Participation

What exactly this enlightened participation looks like is still an open question to be explored, but it could involve, for example, things like direct democracy (people voting on resolutions and bills directly) and reclaiming things like education so that entire branches and agencies of the Executive Branch could be abolished and disbanded. Here are 3 main benefits that we could achieve through increased participation in our society:

2. Less Taxes and More Money in Your Pocket

Taxation is a type of theft, especially when you have no real say in how your money is being used. People would have so much more money in terms of disposable income if government were cut back to a small size. It would significantly take the pressure off the lower and middle class, and improve their standard of living tremendously, if people were not subjected to the 97 or more taxes they are forced to pay. Whatever inconvenience comes with having to be more politically involved would be more than totally offset by a reduction in the size of government and amount of taxes.

3. More Power and Say in Local or National Affairs

A third benefit of more participation is that you actually get to have a say in the outcome of decisions that affect you. Aren’t you tired of faceless bureaucrats like those from the UN and ICLEI making Agenda 21-style decisions that affect your community – such as mandating that we all have to be linked up to the Smart (Surveillance) grid? Do you want to be another node on the digital network controlled by AI (Artificial Intelligence)? Wouldn’t you rather live in a world where the people of a certain area or community are the ones who actually make the decisions about what happens there?

Everyone has their own specific talents, abilities and skills. Everyone has differing amounts of time and money. The point here is that in general, we need more people to get involved – in whatever way they can. It’s an inescapable truth that the more we participate in deciding our how things are run, the less government we will inevitably have, the less taxes we will have to pay and the more time and freedom we will have to spend on the people, things and creative projects we truly love. How you can participate in this solution is uniquely up to you – but it starts with imagination, inspiration and the determination to be more involved.

Previous Article
Top 10 Indications or Proofs ISIS is a US-Israeli Creation
Next Article
What is Killing Bees Most of All?