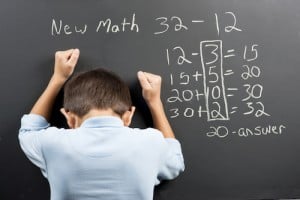 Common core is a set of standards promoting dangerous New World Order schemes such as the surveillance and sexualization of children.

Common core is the set of

educational standards for American children funded by Bill Gates, the very same man who is pushing GMOs, vaccines and other New World Order (NWO) Agenda 21-style schemes. In another example of blatant doublespeak, the curricula are named “Common Core State Standards”, despite the fact they were forced onto the states with bribes, came top-down from the US Federal Government and were written by the international elite. Common Core first came onto the scene in 2009, after Obama took office, using money from the $350 million stimulus package. Common Core is another manifestation of a long-held dream of the NWO manipulators to replace the family with the State, a plan laid out in novels such as Brave New World by Aldous Huxley, which included reference to State hatcheries (i.e. State control of reproduction).

The privately-owned and copyrighted Common Core logo. Notice how it resembles a circle of hypnosis, and a fracturing of harmony.

Did you know Common Core is actually copyrighted? It’s a private set of standards. It’s of the manipulators (since it’s owned by them), written by the manipulators, but it’s for the masses – all the “common” people not wealthy enough to go rich schools where the future leaders of the New World Order will learn an entirely different curriculum … one which probably trains them to become creative thinkers rather than the “obedient workers” John D. Rockefeller wanted common Americans to become. Even the Common Core logo resembles something hypnotic and discordant.

It’s important in this discussion to remember that the entire basis of Common Core is government overreach. The 10th Amendment to the US Constitution clearly states that “The powers not delegated to the United States by the Constitution, nor prohibited by it to the States, are reserved to the States respectively, or to the people”. Truly, there is no lawful basis for the centralization of power and thought that is Common Core.

Educator Dr. Duke Pesta has been working tirelessly to expose Common Core for what it really is ever since it was launched 7 years ago. In his recent presentation, Duke reveals how the Government is already pushing for “public boarding schools” to be open from 8am to 8pm, 365 days per year! He quotes 2 men who were at the forefront of American education, Horace Mann and John Dewey. The latter was an open communist:

“We are who engaged in the sacred cause of education are entitled to look upon all parents as having given hostages to our cause.”

Is Common Core helping the school to replace the family as a surrogate parent? Is Common Core promoting the idea of collectivism, that the individual is subservient to the group, institution, system and State? It would appear so, but that’s not all it’s doing. 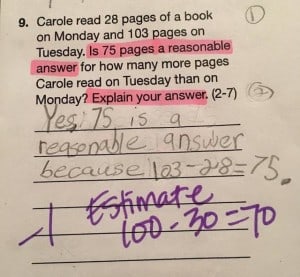 Commmon Core mathematics: get punished for being too right.

Common Core is now being used in 47 out of 50 US states – in almost all public schools – and even if your children are in private schools or homeschooled, as long as they want to go to university or college, they will have to pass SAT/ACT tests written by the same man (David Coleman) who wrote the main English components. Common Core is not designed for local autonomy; teachers have to strictly follow its guidelines, or risk having students do poorly on the test. Duke plays video clips of 3 key men who were involved in creating Common Core:

“It would be great if our education stuff worked (Common Core), but we’re not going to know for a decade.”

There was another man involved in Common Core who was so disgusted he didn’t sign off on the final standards:

“Using Common Core math standards will put American students 2 years behind their international peers by the end of 8th grade, and further behind by the end of high school.”

– Dr. James Milgram, who refused to sign off on the Common Core standards

To make matters worse, the Common Core assessments are meaningless tests, because the grading process is rigged (just like the votes in American elections!). At least there’s some consistency with the widespread fraud, I guess … did you know that the people running Common Core advertised on Craigslist for temporary workers (at $9/hour) to grade papers? Then, these workers were told that they needed to mark papers to fit into a bell curve with standard deviations (a certain amount of 1s, 2s, 3s, 4s, 5s etc.) and “needed to learn to see more papers as a 3”. In others words, they had to fit the results into a predetermined spread and ignore the actual quality of the paper! 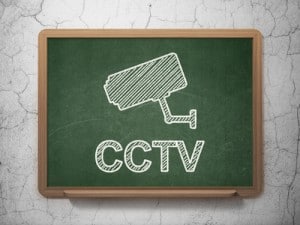 Common Core surveillance is not just cameras or CCTV. It’s data mining all day long through all sorts of games, tests and devices. The State wants to know every potential enemy right from the cradle …

This is all bad enough, but hold on, because now it starts to get really Orwellian. Children are being spied upon more and more under Common Core. Some of the ways are stealthy, such as through devices like iPads, as this article suggests:

“Initially, in order to continue to be eligible for Obama’s “Race to the Top” federal funding, states were obligated to implement a Student Longitudinal Database System (SLDS), used to track students from preschool through college (P20-WIN). Some of us may recall the many reports about measuring 400 data points … could these one to one devices be another carefully disguised method of software-driven mass surveillance of students?”

” … all across America, more and more classrooms will be filled with children innocently using their iPads or other handheld devices. Children may be playing interactive educational games, doing interactive assignments, and writing stories that can be easily shared with the teacher and other students. These seemingly harmless activities are in fact being used to collect personal and private information without the parents’ consent or knowledge. Could that educational game be used to measure your child’s mental state? Could those interactive assignments involve morally ambiguous questions that can be used to create a psychological profile of your child? Could that shared story be used to predict violent behavior?”

This Truth in Media article states that:

“Perhaps even more alarming is the fact that data collection will also include critical appraisals of individuals with whom students have close family relationships. The Common Core program has been heavily scrutinized recently for the fact that its curriculum teaches young children to use emotionally charged language to manipulate others and teaches students how to become community organizers and experts of the U.N.’s agenda 21.”

Some of the Common Core surveillance is data mining, as this article explains:

“In this modern computer era, digital personal data is gold, currently being traded like currency … the CEO of Knewton explains how Education is today’s most data mined industry. He explains “the name of the game is data per user”. From Amazon or Netflix they get 1 data point per user per day. Google and Facebook 10 data points per user per day. In education, Knewton gets 5-10 million actionable data points per student per day! Apparently, every sentence of every passage in digital content has a data tag and they can tell how interested a child is in a certain topic, how difficult it was, etc., etc. Ten million data points a day! This data grab is a gold mine to companies that want to market and design products. For venture capitalists, Education is the new hot commodity.”

The NWO manipulators also have plans to introduce all sorts of devices into the classroom which intrude upon the basic privacy of children, including a “facial expression camera”, “posture analysis seat”, “pressure mouse” and “wireless skin conductance sensor”. See this report entitled Promoting Grit, Tenacity, and Perseverance: Critical Factors for Success in the 21st Century for more details (pg. 62).

Introducing kids to sex, including sexual education, at too young of an age, can be confusing and detrimental. A core theme of the worldwide conspiracy is the increasing sexualization of children, which is being fueled by the NWO manipulators’ indulgence in widespread pedophilia. The article Colorado School Employing “Anti-Bias” Curriculum Has Parents Asking Questions highlights how a Common Core aligned school is teaching an anti-bias curriculum. Sounds good, but this means more tyrannical and freedom-destroying political correctness, coupled with sex ed to 4 year olds! As an aside, the organization promoting this is “Teaching Tolerance” which is aligned with the Southern Poverty Law Center – the same one which covers up the truth by falsely branding people anti-Semitic etc.

Children are being encouraged to have sex and be sexual at an early age, which may well be developmentally inappropriate and harmful, given that amount of emotional maturity that is necessary to be involved in a sexual relationship. Now it’s going one step further. Some American public schools under Common Core are already giving advanced forms of birth control to children without parental knowledge. According to Duke, under Common Core, schools now have legal capacity to take teenage girls off campus to an abortion clinic to get an abortion – without informing or consulting parents!

Conclusion: Common Core is a Tool of the NWO

The word “common” in common core really means “lowest common denominator”. Essentially, Common Core is a form of socialism, Marxism or communism that brings everyone down to an equal level. George W. Bush let Senator Teddy Kennedy write the “No Child Left Behind” Act, which had too many stupid high-stake tests, too much social ideology and propaganda being injected, too little local teacher control and too much federal intervention. Common Core is all this on steroids: the ESSA Act (Every Student Succeeds Act) enshrines Common Core at the federal level, and retroactively legalizes all the illegal things the Federal Government did to get it through.

The bottom line is this: if you want your child to have your values, don’t throw him or her away to the State. Avoid Common Core all you can! Homeschool or find a private school that doesn’t do Common Core curriculum.

Previous Article
What is Killing Bees Most of All?
Next Article
David Icke’s “Phantom Self”: A Book Review