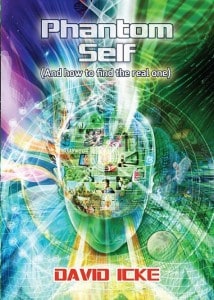 Phantom Self, the latest book of researcher David Icke, takes conspiracy research to a new depth with the idea of a primal virus that has hacked Life itself.

Phantom Self is the latest book

of famous researcher and free-thinker David Icke. Just as in his previous book The Perception Deception, David takes his research to a new level of depth with a comprehensive display of dot-connecting that will leave many in awe of his knowledge – but more importantly awaken people to the real dire straits humanity is in. Like many of his books, it ends with a positive message and the ultimate solution to all of humanity’s problems; however, most of the book is devoted to exposing the current reality of planet Earth, often in horrifying detail. This is an essential part of David’s message, for without the true knowledge of what is really going on – and the capacity to feel the horror of it – we will not muster the courage and motivation to change it. Part of the reason humanity is so stuck deep in the conspiracy is that it is engaged in massive collective denial, which it prevents it from acting decisively to quash and transform the evil (or unconsciousness as I prefer to call it). A hallmark of Phantom Self is that it takes a step further down the rabbit hole – past the reptilians and Archons – and looks at the controlling force behind them, which David says resembles some kind of computer virus that has hacked life itself. 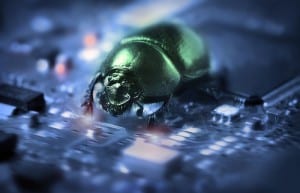 A computer virus has hacked life itself.

Two things that set David apart from other researchers is his ability to question everything (unhampered by belief programs like religion, “scientific” materialism, etc.), and to bring his research into the area of the nature of reality, which is fundamental to the basis of the worldwide conspiracy. When we don’t understand what the world is, how we perceive, and most of all Who We Are, we are easy to manipulate because our perception (and thus our reality) can be hijacked. In The Biggest Secret, he introduced the idea of the reptilians as a controlling force behind much of the world’s ills (although he was far from the first researcher to delve into this area; check out the work of Barbara Bartholic, Karla Turner, Eve Lorgen, James Bartley, Barbara Lamb and others). In The Perception Deception, he introduced the idea of Archons (or Djinn, Jinn, Demons, Mud Shadow Flyers etc. as they have been called in other cultures and traditions) as a more fundamental controlling force, since they operate in a frequency band beyond normal perception, and thus have the ability to mentally and emotionally control humanity from unseen realms, usually undetected.

Phantom Self, however, takes the fascinating story one step further and deeper by introducing the idea of a virus at the root of the original distortion. This ties in with what David has been saying for years about how our so-called solid world is really a giant computer simulation or a digital-holographic universe – something ancient wisdom has told us in various ways (e.g. Buddhism which talks of “maya” or illusion). This virus resembles a computer virus that has hacked life itself. Like any parasite, it needs a host to survive and thrive; like the Archons, it has no creative power, will or intent of its own, so it must hijack what already exists and transform it. As David explains:

“Terms like Demiurge and his Archons, and Devil and his fallen angels, are names for an energetic distortion that can best be described as a computer virus. When I say this, I am being far more literal than symbolic. Everything has awareness and the Demiurge/Archons are a self-aware distortion, a self-aware computer virus that distorts everything it touches.

Our experienced reality – ‘the world’ – is a quantum computer simulation and human Body-Mind is also a biological computer system. Both can be hacked, infiltrated and distorted by a virus or in the case of the simulation controlled by one. A virus can change and distort what we see on a computer screen and the Demiurge / Archon virus has done the same with our ‘screen’ or decoded sense of reality. Gnostics described the Demiurge/ Archons in terms of today what we would call technology or computer-like. They are a form of Artificial Intelligence … a machine-like force totally disconnected from Infinite Awareness (which) has no imagination. It can only copy, infiltrate and take over like a virus in a computer.” 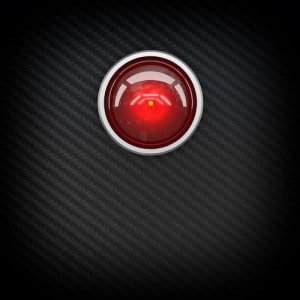 Artificial intelligence: not what you think it is.

AI (Artificial Intelligence): Not What You Think It Is

David delivers a strong warning to the world: artificial intelligence is not what you think it is. In a recent interview with Zen Gardner, David points out that few people are asking the fundamental question: what is artificial intelligence? Humanity is blindly racing forward, addicted to technology like smartphones, worshipping technology like a god and seemingly blind to the dark side of all this calculation and convenience. We are being told by our NWO misleaders that artificial intelligence is the solution to all of man’s problems, and that soon entire cities (think Smart cities) will be run by AI – yet still no one knows exactly what it is. What if AI itself is the source of all the problems? What if AI is a force that is seeking to replicate itself by introducing endless digital, metallic and synthetic technology to Earth which gradually overtakes the organic and biological technology that is inherent in plates, animals, humans and all liking creatures? Our bio-systems already contain organic technology. Why are we allowing an artificial, synthetic and inferior version of technology overtake what we already have and are? 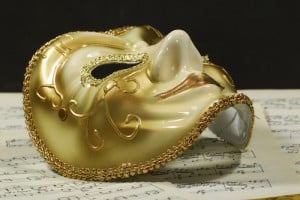 The Phantom Self is the fake self that identifies with form, labels, social identities, money, matter and materialism. The word person is derived from “persona” meaning mask.

One of the chapters of Phantom Self is called Transphantomism, a word coined by David. He writes emphatically that AI is not a response to the rapid awakening of humanity to the truth. It’s actually the extension of the same force that has been in control from the start, even since the allegorical “Fall of Man” where we descended into the lower realms of frequency with less love and more fear:

“Transhumanist transphantomist technological control of humans is not a response or an afterthought – it was the plan from the start. We are seeing the modus-operandi for how the Demiurge-Archon self-aware virus takes over societies and realities.  First they hijack perception by making an energetic copy of the original and manipulate genetics (receiver-transmission processes) of the target population to tune them into a fake reality. From this point they work to distort the copy to a stage where it reflects their own frequency and preferred ‘atmosphere’ …”

In short, what we are seeing with the rise of blind technological worship and transhumanism is entrainment. Entrainment is defined as “the synchronization of organisms to an external rhythm”. The same dark force behind all of this from the beginning is now attempting to entrain the energy of this reality, including all the inhabitants of Earth and the Earth itself, onto its frequency – a frequency of decay, destruction, death and fear.

Another aspect of this agenda is to create a sub reality where we are so disconnected from out true selves (from infinite consciousness) that we become like robotic drones, unable to access greater consciousness and higher/deeper parts of ourselves. David writes:

“The Smart Grid / transhumanist conspiracy and the radiation this requires and generates are designed to achieve the following among many other goals: 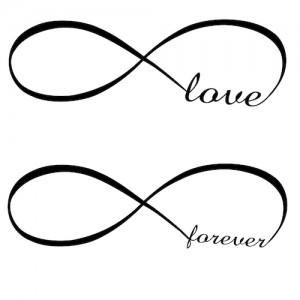 Remembering our infinite true self is the key.

The Ultimate Solution: Disconnecting From the Phantom Self

If you have read David’s recent book or even see him speak for 8-10 hours on tour, you may know about how well he weaves together almost every aspect of the worldwide conspiracy – vaccines, GMOs, political corruption, religion, chemtrails / geoengineering, police state, free trade agreements, globalism, the climate change hoax, pedophilia, subliminal symbolism, secret societies, Satanism, radiation – and shows how all of it is fundamentally connected. Phantom Self is no exception. David does another great job of showing how the same unconscious force of distortion is behind all of it with comprehensive dot-connecting on a massive scale.

At a certain point, however, after realizing the truth of the predicament we are in, what we need are solutions. Thus comes the whole point of the name phantom self, a term used by David to describe the way humanity identifies with form. Humanity identifies with external labels such as good, bad, black, brown, white, male, female, lawyer, cleaner, wealthy, poor, American, Australian, Armenian, right, wrong, etc. to such an extent that it has forgotten it is what it is – infinite consciousness, infinite awareness, god-stuff in a body. We are infinite spiritual beings on a short human journey. We are all one – we are literally all made from the same consciousness which cannot be separated from itself. Only something deeply insane (i.e. that has deeply forgotten what it is) would attack and destroy itself.

The way out of this mess is what every great spiritual prophet and path has said all along: we have to remember that We Are God, that We Are All-That-Is and that love is the force that binds us and sustains us. We have to shift our consciousness, question everything, be willing to stand for our principles and live from the heart, or no external change we make in our lives, societies or countries will amount to anything.

Thank you David for your tireless work in bringing more truth and freedom to the world.

Previous Article
Common Core: Surveillance and Sexualization of Children
Next Article
The Synthetic Agenda: The Distorted Heart of the New World Order