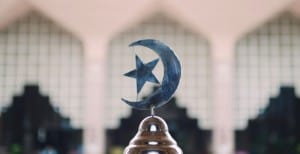 The propaganda of Islamophobia (painting all Muslims as crazy) is in full swing. Even parts of the alternative media are falling for it. Learn the truth.

is in full swing. In the face of the latest mass shooting in San Bernardino, California (another blatant false flag attack) we need to be careful to avoid the knee-jerk reactions you can see among mainstream politicians and media. All Muslims are not evil. Ever since the fall of the Berlin Wall in 1989 and the dissolution of the Soviet Union in 1991, the Anglo-American-Israeli controllers of the New World Order have been looking for another bogeyman to give the Western public. Communism has expired and outlived its usefulness. Terrorism became the next substitution – especially Islamic terrorism. Thus, ever since Bin Laden and the 19 Muslim hijackers were framed and falsely accused of committing the 9/11 attacks (when it was really an inside job with the help of the Israeli military agency Mossad), we have been bombarded with endless propaganda by the Zionist MSM (mainstream media) to hate and fear Muslims as the great new enemy. 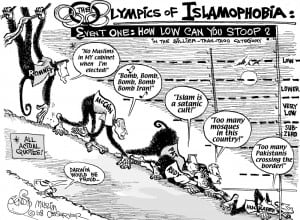 Knee-jerk reactions come from the reptilian, emotional part of the brain (the amygdala). It’s time to use the mammalian, rational part of the brain (the neo-cortex) to think this issue through. If the thoughtless reaction of the alternative media to this latest false flag mass shooting is merely to cry out that all Muslims are evil, that the entire religion of Islam is evil, that we need to eradicate all mosques, that Western nations like the US are about to get invaded by ISIS and that Obama himself is a sleeper agent for an Islamic terror cell, then how is the alternative media any different to the mainstream media? Judging by these kind of reactions, the NWO plan of divide-and-conquer via Islamophobia is working very well.

Before I go on, let me point a few things out here. I am not Muslim, Christian or part of any organized religion (in fact I consider all religion to be a form of hijacked spirituality and mind control); I understand why people are becoming afraid of Islam when they are bombarded with Islamic terrorism propaganda; and I understand people’s grave concerns when they see videos like this and this showing the appalling behavior of Muslim “refugees” (who are not all genuine refugees) rioting, destroying, acting with self-entitlement and refusing to show respect for the country’s culture and law to where they have been migrating.

However, despite the above, here are some basic facts that it’s very important to remember with the issue of Islamophobia, amidst all the racism, rhetoric and fear:

1. Terrorism is the new faceless enemy the NWO manipulators have created to advance their aims; the war on terror is a complete and utter fraud; Islamic terrorism is terrorism with an Islamic flavor because it’s working so well to divide and rule, and as predicted by former 33° Mason Albert Pike, will be used to foment a WW3 between Zionism and Islam;

2. Islamic terrorism in general does not represent Islam or the majority of Muslims;

3. ISIS in particular does not represent Islam or the majority of Muslims;

4. ISIS is a CIA-Mossad creation; in other words, the group has only come into prominence with the help of US-Israeli backers (and fake beheadings) who are using it for a very specific purpose;

5. The Mass Migration to Europe is being orchestrated by forces using Muslims as pawns in a grander geopolitical game (even a former FBI assistant director has admitted this);

6. The specter of ISIS (whether real or not) will continue to be used in false flag mass shootings in the US (and other Western nations too as we saw with the Paris attacks) to terrorize the average American who is incapable of seeing through the propaganda of Islamophobia;

7. ISIS is the toy slave of the New World Order, and will be continue be used both for domestic purposes (frightening and terrorizing people, gun control, justification to impose draconian regulations) and foreign purposes (igniting WW3 [UN just declared a war against ISIS, despite the fact they are not an official country]).

Some such as researcher Jim Stone have suggested that Israel pays off the crisis actors to the tune $600,000 each for participating in false flag gigs like San Bernardino (which demonize Islam and generate massive Islamophobia), then flies them out of America to a comfortable life in Tel Aviv. This may not be far from the truth, given the Mossad’s motto “by way of deception, thou shalt do war” …

It’s also worth checking out this article on Counterpunch: “Five Truths You Should Know About Terrorism And Islam”.

Here are a few questions for some in the independent media to ponder: how well have you researched Islamic terrorism and ISIS? Do you realize the entire thing is a NWO concoction to fool you? Do you realize ISIS is a CIA-Mossad creation? Just checking, but is your deepest analysis of this entire issue to reduce it to terms of a Muslim invasion against a “superior White Christian culture”? 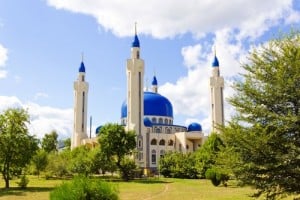 What Some Muslims Have to Say About Islam, Islamic Terrorism and Islamophobia

Here what Muslim Dr. Zakiah Sayeed Ali has to say:

“Out of the 1.6 billion or more Muslims, some misguided people, who do not represent Islam, take it upon themselves to create their own cells of hate. These so-called Muslims do not know a word of the Quran it seems. Nowhere in the book does it say to kill an innocent person. In fact, killing of an innocent, unarmed person, is the same as killing all of mankind. Even in a war, it is decreed that a Muslim cannot kill a woman, a child or destroy trees or crops. These murderers call their “Cry of Faith” as Islamic States. Really and truly, there is nothing Islamic about their behavior.”

“If anyone kills a person without justification, it is as if they have killed the whole of humanity.”

The Bible and The Koran: you can use either of them to pretty much justify anything you want, from Islamophobia to sexism to violence.

Bible Found to Contain the Same Kind of Violent, Sexist and Absurd Teachings as Koran

Speaking of the Koran and other religious texts, it is interesting to see the amount of prejudice people have surrounding them. This video (embedded above) shows some Dutch-speaking guys disguising a Bible as a Koran, then quoting from it and watching people’s reactions. Most people are very quick to condemn it – and are equally as shocked when they realize the lines come from the Bible not the Koran! The truth is that all organized religion contains a massive amount of dogma and distortion of the original spiritual message of love. There is no one right religion because all of them have become bogged down in meaningless rules, ritual and doctrine. Christianity is no better than Islam.

Yes, the Koran does contain a lot of passages advocating war against infidels (non-believers) (109 verses according to this source), as well as verses promoting peace. It’s a mixed bag of contradictions, just like the Bible. If you’re didn’t know, the Bible has plenty of verses promoting genocide, sexism, homophobia, slavery, racism and anti-semitism – plenty of ammunition for any misguided “holy crusader” to seize upon to justify whatever harebrained scheme he or she might have to steal, kill and destroy.

Ultimately, Islamophobia is getting in the way of a deeper understanding of the issues at stake here. Let’s hope people can see through it and rise above it …

Former FBI Assistant Director James Kallstrom: ‘Migrant Stream’ ‘Orchestrated To Large Extent’, ‘Very Scary’ Letting In People When We Have No Idea Who They Are

Fabricating Reality: The Phantasmic Phenomena of ISIS and Ebola

Five Truths You Should Know About Terrorism And Islam