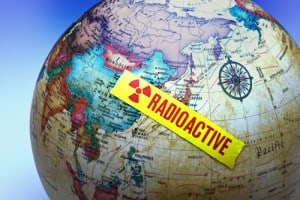 The Fukushima coverup continues; nuclear radiation from the disaster is still a big problem.

The Fukushima coverup still continues to be

a problem of massive proportions for the Japanese. It was exactly 5 years ago on March 11th, 2011, that Fukushima, Japan, suffered a massive nuclear catastrophe. Today on The Freedom Articles I’d like to share a profound story of a personal experience of someone I know. This person ran into a group of Japanese women by chance and happened to strike up a conversation about the Fukushima nuclear disaster, and the Fukushima coverup that goes along with it. The topic transformed the entire group and encounter into something deep, sad, emotional and very telling. With people having to abandon their properties and houses to move across country, and with babies suffering from higher cancer rates, the obvious aftereffects of Fukushima are all too real, despite Japanese Government denial. Here’s the story in her own words:

“Today while on a boat ride I sat next to a group of Japanese tourists, who were mostly all women on a conscious tour honoring the sacredness of the area. For some inexplicable reason I felt compelled to lean forward and start a conversation with them, mostly telling them how concerned I and my fellow community were for their wellbeing after the horrible nuclear catastrophe at Fukushima – a disaster which continues to poison the oceans and entire planet.

Surprisingly, even to myself, my eyes welled up with tears as I told them how we had prayed for them and asked what they themselves have done to change their eating and lifestyles since the Fukushima disaster.”

The Fukushima subject is still a painful one for some Japanese.

The Raw Pain from the Fukushima Coverup Still Real

“Something deeply special happened in an instant. Even though only one of them spoke English well, the group of us seven women became heart-bonded in a more instantaneous way than I have ever experienced before. Two of the ladies started crying profusely while all of the other women had, at a minimum, tears running down their faces. There was a wave of authentically deep emotion that overtook a huge section of the boat that made everything else simply disappear.

Sisters without borders, we all shared the stories of the two women who had closest ties to Fukushima. One of these two had had to pack up her house and family, and move across the country despite the Japanese Government telling her she did not need to and that they were “safe” to stay in Fukushima. The other woman’s parents still lived there and although they believed the mainstream version of their “safety” she seemed to be aware of the extent of the Fukushima coverup, and to have a better idea of the danger they were in.” 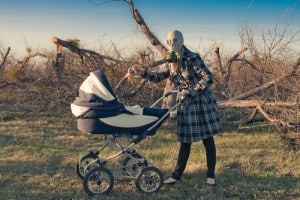 Japanese babies have had higher cancer rates due to Fukushima.

“She sobbed in that unique Japanese way, her face buried in a handkerchief. They told me stories of babies with higher cancer rates. We hugged deeply. This unspeakable disaster is still happening – yet the Government and most of the country have gone on as if nothing happened.

[Many studies have confirmed this aspect of the Fukushima coverup, such as this recent one which concluded that children living near the Fukushima nuclear meltdown have been diagnosed with thyroid cancer at a rate 20 to 50 times that of children elsewhere – Editor]

By now a crowd had gathered. There was a swarming circle of tender-hearted Japanese women leaning over seats to get closer, smiling. I was saying “Arigato” and “Thank You” countless times. I was so appreciative for their willingness to step outside of the traditionally narrow Japanese box that encourages them to strictly stay in line with what they are told to do and feel. They boldly opened their hearts to a stranger and poured out their tears as I held them. It is my understanding of Japanese culture that they are generally told to stuff their emotions, yet these women let her beautiful hearts shine. I am deeply grateful to all of these new sisters and the authentic love, joy and depth that they shared with me today.”

Radiation testing has exposed the Fukushima coverup, showing high levels as far away as Tokyo and beyond.

Conclusion: Fukushima Radiation is Real, and a Truth-telling Government is Rare

Fukushima radiation and the Fukushima coverup are both ongoing and real. If, as some researchers have suggested, it was the Israeli Mossad who detonated the nukes that caused the explosion, it was a crime against humanity. However, the ensuing coverup by TEPCO and the Japanese Government was equally a crime against humanity. Fukushima was – and still is – far worse than Chernobyl. Tokyo farmland has been tested numerous times, and shown to have high levels of radiation, even though Tokyo is hundreds of kilometers away from Fukushima. Countless people have lost their houses, land, livelihood and lives while the Government continues its denial. It’s a shocking lesson about the dangers of nuclear power, and the insanity of those who would pursue profit and power over people, no matter what the cost.