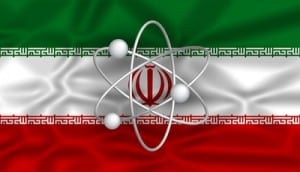 Learn the truth about Iranian nuclear intentions. Does Iran want a nuclear bomb to destroy the land of Israel, or just want the Zionist regime gone?

What is the truth about Iranian nuclear intentions?

If you listen to Netanyahu, the Israeli Prime Minister, you would think that it’s an impending matter of life and death, and that Israel will surely be destroyed if Iran even gets the capability to enrich uranium for peaceful purposes. There is no doubt that numerous senior Iranian leaders have, over the years, expressed their utter distaste – and even hate – for Israel, but it is another thing entirely to suggest that they actually intend to build a nuclear weapon with which to destroy Israel. Let’s take a closer look at the Iranian nuclear intentions.

You can certainly understand why Israel would fear Iran having a nuclear weapon. Top Iranian officials have openly and unabashedly proclaimed their ire at the Zionist regime. To give just two examples, Ayatollah Khamenei called Israel “a rabid, unclean dog“, and former Iranian Prime Minister Ahmadinejad can be seen in this video leading a crowd chanting “Death to Israel!”. But what a lot of Israeli leaders seem to use as “evidence” that the Iranian nuclear intentions are for destruction of the land of Israel is the infamous and fake “Israel wiped off the map” quote.

The Fake “Israel Wiped Off the Map” Quote

A lie can get halfway around the world before the truth has time to put its boots on, to paraphrase Mark Twain. We need to be mindful that something doesn’t become true through constant repetition. Ahmadinejad has been endlessly quoted as saying that Israel should be wiped off the map, but as this well-researched article by Arash Norouzi proves, the quote is fake for a few reasons:

1. Ahmadinejad was himself quoting the late Ayatollah Khomeini, the father of the Islamic Revolution;

2. Ahmadinejad did not mention the word Israel in the quote;

4. The direct translation of Ahmadinejad’s quoting of Khomeini is as follows:

“The Imam said this regime occupying Jerusalem must vanish from the page of time.”

This shows that Iran wants the Zionist regime gone – to disappear forever – but it does mean the destruction of Jewish people or even the land of Israel. It means they want the Zionist to go away for good. Yet, how much fear has been ratcheted up by Netanyahu and friends through the invocation of this fake Israel wiped off the map quote?

What Other Senior Israeli Leaders Think of Iranian Nuclear Intentions

Netanyahu has been called a liar by other world leaders (such as former French leader Nicolas Sarkozy) who have dealt with him. He either misled or lied (depending on what you believe) the United Nations. How much credence can we give to his constant warnings about Iran when other senior Israeli officials have come out and publicly contradicted Netanyahu, saying that Iran is not a threat and that there is no evidence that Iran intends to develop nuclear weapons?

Take General Benny Gantz, chief of staff of Israel’s armed forces (the IDF), who described Iran’s leaders as very rational people and who stated that Iran has not yet decided whether to build nuclear weapons. Take ex-Mossad chief Meir Dagan, and other Mossad leaders in general, who have stated numerous times that they believe Iran is not trying to pursue nuclear weapons. Netanyahu is far from being a unanimous Zionist or Jewish voice on the issue of Iranian nuclear intentions, as this group of 180 retired Israeli veterans show.

Then there is the intelligence estimates of other bodies. The IAEA (International Atomic Energy Agency) inspected Iran, found no evidence for bomb-making and certified that no uranium had been diverted to a weapons program. All 16 US intelligence agencies reached a consensus that Iran was not pursuing a nuclear weapon agenda. Here are 2 quotes from former CIA head and current US Secretary of Defense Leon Panetta:

“I think [Iran is] developing a nuclear capability [but] our intelligence makes clear that they haven’t made the decision to develop a nuclear weapon.”

Who is more likely to know the truth about Iranian nuclear intentions – Israeli politicians or Israeli and other intelligence agents?

Iran’s Own Statements of Its Nuclear Intentions

We also need to listen to Iran’s side of the story. Iranian politicians have consistently stated that they have no intention of attacking any country; and this statement carries a lot of weight given that Iran has been a relatively peaceful country in its recent history. The Iranian Supreme Leader Ali Khamenei issued a fatwa statement forbidding the development of a nuclear bomb.

Another points indicating that Iranian Nuclear Intentions are peaceful is that, as Juan Cole has pointed out, Iran reduced its stockpile of low-enriched uranium at 19.75%, turning it into plates to fuel its medical reactor (which is what Iran has all along said it was doing with that uranium).

Who is More Likely to Trigger WW3 – Iran or Israel?

Given that there is significant evidence (see here and here) that Israel (along with the US and UK) is funding and supporting ISIS, and that ISIS is creating utter strife among the Muslim countries, I would suggest that the Rothschild Zionist regime of Israel is a far greater threat to world peace than Iran. Besides, why is the world tolerating such blatant hypocrisy from the US and Israel in trying to stop Iran’s nuclear program? As a point of fact, the US is by far the most aggressive nation on the face of the Earth, having covertly or overtly attacked, invaded or subverted over 50 countries with its history of aggression – and that’s after being the only country on Earth to drop 2 nuclear bombs on an enemy! Iran on the other hand does not have history of attacking and invading other countries.

Let’s hope enough people see that Iranian nuclear intentions are peaceful, and don’t let the world get drawn into WW3.