The Top 4 Reasons for the Bees Dying Off

The Top 4 Reasons for the Bees Dying Off 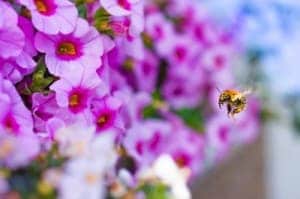 Learn the top 4 reasons for the bees dying off. The bees are under a quadruple assault, and Monsanto and its Big Agra pals are only half the problem.

Why are all the bees dying off?

It has been a few years since the world started to become aware of the phenomenon of bees dying off, and labeled it CCD (Colony Collapse Disorder). It is a grave concern, for we are totally dependent upon the bees to pollinate and help food grow. Einstein famously said that if bees disappeared from the Earth, humanity would only survive for around another 4 years. The subject of bees dying off has been in the news again lately, with a study done by researchers from Queen Mary University of London (QMUL), Macquarie University in Sydney, Washington University in St Louis and the University of Sydney. Their study concluded that the problem may be bee stress. They found that stress factors were leading to older bees dying more quickly than normal, leading to a situation where younger bees had to begin foraging earlier than they would have otherwise, which in turn was leading to a younger foraging population, poorer performance and quicker deaths of foragers.

If this study is correct and bees stress is the cause of CCD, it leads then to a further question: what are the stress factors causing bee numbers to decline? Some have attributed the bees dying off to a particular cause, but in my opinion, the bees are actually under a quadruple assault, and Monsanto and its Big Agra pals are only half the problem.

Why are the Bees Dying Off? Reason #1: Neonicotinoid Pesticides

It has become well known especially in Russia and Europe that neonicotinoid pesticides are linked to bees dying off. Consequently, Europe restricted the use of 3 neonicotinoids for two years starting December 1st, 2013. Neonicotinoids are a relatively new class of insecticides that have a chemical structure very similar to nicotine (hence their name), and work by severely disrupting the central nervous system of insects, leading to paralysis and death. Common neonicotinoids are imidacloprid, acetamiprid and clothianidin, with Bayer’s imidacloprid the most widely used insecticide in the world.

Numerous studies have linked neonicotinoids and CCD, such as:

– this 2012 Xerxes study which found that “few field studies have been properly designed or conducted over a long enough period of time to assess the full risks to bees. Nevertheless, the overall evidence points to the fact that neonicotinoids are harming bees”;

– this 2014 study which found that neonicotinoids were highly likely to be responsible for triggering CCD in honey bee hives that were healthy prior to the arrival of winter; and

– this 2013 study by the EFSA (European Food Safety Authority) found that neonicotinoids posed an unacceptably high risk to bees, and that the industry-sponsored science (more junk science or corporate science) which Bayer and friends had given the authorities was flawed and contained data gaps not previously considered. Big Agra companies falsifying date? Surprise, surprise.

Pesticides of course go hand-in-hand with GMOs, the next factor.

Why are the Bees Dying Off? Reason #2: GMOs

Most of the reports about bees dying off over the last 7 years or so have pointed the finger at neonics and other pesticides, and not specifically at GMOs. Yet GMOs by definition require pesticides; they have been genetically engineered to withstand synthetic chemical pesticides; so it is fair to say GMOs are themselves the issue, since pesticides will inevitably accompany them wherever they are planted. Farmers such as this one in Campeche, Mexico lost entire organic honey crops due to fumigation of nearby GM corn crops, for instance.

GMOs themselves may be contributing to bees dying off due to the fact that they are drenched in glyphosate, the toxic chemical patented by Monsanto and the main active ingredient of RoundUp. Glyphosate is ubiquitous in the environment, turning up in the urine of almost all Europeans and in almost all the blood of foetuses. As Dr. Huber’s research paper stated:

“The exposure, physiological damage, and biological impact of glyphosate are consistent with all of the known conditions related to CCD.”

Access to real data on this issue of GMOs and bees dying off may be more difficult now, because Monsanto bought out Beeologics in September 2011, a bee company which had been studying CCD as well as Israeli Acute Paralysis Virus (IAPV). Monsanto nows control the flow of information and products coming from Beeologics for colony collapse disorder (CCD).

Why are the Bees Dying Off? Reason #3: EMF

EMF (Electro-Magnetic Frequencies), being by nature invisible, are an overlooked cause of the bees dying off, but an important one nonetheless. So many animals in the natural world, especially flying ones, use energetic frequencies and magnetics for many purposes such as orientation and navigation. Swiss researched Daniel Favre states in his study that “honeybees possess magnetite crystals in their fat body cells and they present magnetic remanence (Gould et al. 1978; Keim et al. 2002). These magnetite structures are active parts of the magnetoreception system in honey- bees (Hsu and Li 1994; Hsu et al. 2007).” His study found that:

“mobile phone handsets have a dramatic impact on the behavior of the bees, namely by inducing the worker piping signal. In natural conditions, worker piping either announces the swarming process of the bee colony or is a signal of a disturbed bee colony.”

“In one experiment, it was found that when a mobile phone was kept near a beehive it resulted in a collapse of the colony in 5 to 10 days with the worker bees failing to return home, leaving the hives with just queens, eggs, and hive-bound immature bees.”

It appears that manmade EM fields are disrupting bee colonies. As the video clip above shows, mobile phone radiation compromises the bees’ cryptochrome and their sense of direction and connection with the Earth’s magnetic field.

Why are the Bees Dying Off? Reason #4: Geoengineering

This last reason is the most sinister of all why the bees are dying off. As the video clip above shows, bees can easily get caught up in the strange polymer fibers which are being sprayed from above via geoengineering programs. Some of the fibers have been found to be “alive” in the sense that they move by themselves, automatically. They have been implicated the horrible yet widely unacknowledged Morgellons Disease (see carnicominstitute.org for further info on this).

However, because the public at large is still in mass denial about the existence of geoengineering, there is unlikely to any debate at all about whether to stop the abominable practice of it, even if we are shooting ourselves in the foot by doing it.

Bees are under attack from many angles. Awareness needs to be raised on this crucial issue before we decimate the entire bee population – and ourselves in the process.