The Massive Flaw with the Scientific Hierarchy of Evidence

The Massive Flaw with the Scientific Hierarchy of Evidence 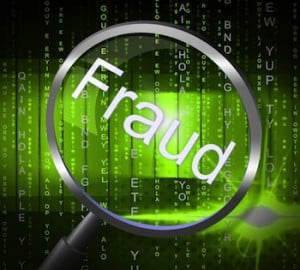 The hierarchy of evidence is used by doctors to weigh different types of evidence. It is often used by those pushing vaccines, GMOs and fluoride. But there is a big problem with it.

The much-vaunted hierarchy of evidence

is regularly referred to by scientists and doctors as a central part of the scientific method. It is the purported gold standard by which we can arrive at the truth of something, and by which we can weigh different kinds of evidence, and determine which should be given more credence, and which should be given less. The hierarchy of evidence is often brought into debates by those pushing the vaccine, GMO and fluoride agendas as a way to prove that the “science” behind those agendas is sound. However, there is one rather colossal problem with invoking the hierarchy of evidence to prove your case, but before we get to that, let’s take define what the hierarchy of evidence is.

What is the Hierarchy of Evidence?

In a nutshell, the hierarchy of evidence, although different people and institutions construct it slightly differently, gives most weight to RCTs (Randomized Controlled Trials), then next to other kinds of controlled trials, then to other studies such as cohort and case-control studies, and lastly to expert opinion, case reports and anecdotal evidence. Wikipedia uses the writing of Greenhalgh to frame the hierarchy of evidence as follows:

Here is another rating system for the hierarchy of evidence from Melnyk and Fineout-Overholt, 2005:

So basically what it all means is this: if you are a corporation trying to push a certain product that is harmful to people, if you can get enough RCT reviews and RCTs on your side, you can legally and scientifically claim your product is safe, and get enough scientists, doctors, politicians and the public on your side to either repeat your point of view or defend it. Most of them don’t even need to be in on the secret, because they have been trained to obediently trust the hierarchy of evidence.

And how would a devious corporation or cabal achieve this? One word: fraud.

There is a well-known maxim in law that fraud vitiates all, meaning that if fraud is involved in any way in an agreement, it destroys the whole thing. You can’t have partial fraud and expect the rest of a contract to be trustworthy. If someone has lied, omitted relevant information or deceived you in any way, the whole thing collapses. Such is the case with so much of the “science” behind the chemical agendas. Fraud has rendered it as nothing more than corporate junk science, a pale imitation of real science that would serve humanity.

Listen to what Marcia Angell, the former editor of The New England Journal of Medicine and a veteran in the field of medical research, had to say about this issue she says in Drug Companies & Doctors: A Story of Corruption:

“It is simply no longer possible to believe much of the clinical research that is published, or to rely on the judgment of trusted physicians or authoritative medical guidelines … I take no pleasure in this conclusion, which I reached slowly and reluctantly over my two decades as an editor of The New England Journal of Medicine.”

Fraud is everywhere. For starters, take vaccines. What a colossal amount of fraud that has been committed to push them! Look at the recent case of CDC (the US Center for Disease Control) whistleblower William Thompson, who bravely decided to step forward to tell the truth about the willful obfuscation of data he had committed while working there. Thompson participated in hiding statistically significant data on the MMR (Measles, Mumps and Rubella) vaccine showing that it was linked with a higher incidence of autism for black boys under 3 years old. Thompson wrote:

“I regret that my coauthors and I omitted statistically significant information in our 2004 article published in the journal Pediatrics. The omitted data suggested that African American males who received the MMR vaccine before age 36 months were at increased risk for autism. Decisions were made regarding which findings to report after the data were collected, and I believe that the final study protocol was not followed.”

So Thompson used fraud to hide a vaccine-autism link for his boss the CDC, who work hand in hand with Big Pharma to push vaccines across America. He later authored many other papers, such a 2007 one where he “found” that mercury in vaccines played no role in neurological damage to children.

Merck, one of the Big Pharma companies, got caught using fraud to ensure it could keep selling its MMR vaccine:

“Without demonstrating that its mumps vaccine continued to be 95% effective, Merck would lose its exclusive license to manufacture and sell its MMRII vaccine. Relators Krahling and Wlochowski participated on the team that conducted this supposedly enhanced test. Each of them witnessed firsthand the falsification of the test data in which Merck engaged to reach its 95% efficacy threshold. In fact, each was significantly pressured by Krah and other senior Merck personnel to participate in this fraud.”

Did you hear about the study that found that 57 clinical trials received an “official action indicated” violation (the most serious type of violation), for reasons such as falsifying the data? When GSK got fined a gigantic $3 billion, part of the reason was they were found guilty for fabricating drug safety data and lying to the FDA. What about the researcher who faked lab results to obtain millions in grant money for AIDS research? The hierarchy of evidence simply cannot handle fraud like this; it’s not designed to.

What Point is the Hierarchy of Evidence When Scientists Can Omit and Distort Data at Will?

The question needs to be asked: what is the point of having a hierarchy of evidence when it’s so easy for scientists to scoot around via back-door methods? When scientists can (and so often do) omit and twist data to suit their agenda, how can we believe it when some government agency or corporation comes out and tells us that their product is safe because the science has settled it? How do we know it isn’t just more junk science, fake science or corporate science disguising itself as real science?

The Hierarchy of Evidence Disregards Real Stories of Suffering

Apart from the rampant fraud, the hierarchy of evidence has another major problem: it disregards real stories of suffering as “low level evidence”. This means that in cases where something like vaccines, Big Pharma drugs or chemotherapy kill or seriously harm people, the stories are treated as unprovable or unimportant anecdotes and swept under the carpet.

Yet I would suggest that both our minds and our hearts need to take into account, in a much more serious way, the colossal tide of killed and injured individuals. Here are just a handful out of many, all of whom died or got sick right after a vaccine:

– Ayushi, who died after taking “routine” vaccinations for Hepatitis B, DPT and oral polio;

– Katie, who became chronically ill after taking the Gardasil vaccine;

– Malcolm Brabant, who became mad after taking the yellow-fever vaccination;

It is so saddening to hear about how many real people have been harmed by corporate science and its slavish devotion to the “hierarchy of evidence”, but it will always argue that those harmed are basically within “acceptable parameters” because we need to think of how many hypothetical people were saved. How do you prove how many were saved? You can’t. So in the end it would appear the hierarchy of evidence is very much a faith-based structure, not a reason-based one.