Science has been hijacked by corporate junk science, which pretends to be real science but is actually highly fraudulent. Here are the top 10 tricks it uses.

Corporate junk science is an all-pervading

presence in our society. It’s everywhere. The scientific journals of the entire world, offline and online, have been flooded with so much fake science that it has, sad to say, become practically impossible for the average person to wade through all of it and sort out the wheat from the chaff. However, the fake science I am referring to here is not unintentional or sloppy work, which is more of a minor problem in the scheme of things (since it will eventually be corrected with due diligence), but rather the deliberately fraudulent “scientific studies” which are put out by major corporations with a definite agenda in mind – usually establishing a fake scientific basis of “safety” for their products, whether they be vaccines, mobile phones, GMOs, tobacco, fluoride, soda or soft drinks, etc. It’s nothing more than corporate junk science, and many people, including doctors, scientists and academics, have been taken in hook, line and sinker by it.

It’s time to shine the light on this ugly phenomenon. Science is meant to be about the pursuit of truth and understanding how our world works. It is truly sickening to see the extent to which it has been hijacked to serve corporate interests – to make a tiny, tiny 0.0001% rich at the expense of harming and killing the rest of mankind.

A recent study published on JAMA entitled “Research Misconduct Identified by the US Food and Drug Administration” found some very disturbing things in its sample of 57 studies that it analyzed:

“Fifty-seven published clinical trials were identified for which an FDA inspection of a trial site had found significant evidence of 1 or more of the following problems: falsification or submission of false information, 22 trials (39%); problems with adverse events reporting, 14 trials (25%); protocol violations, 42 trials (74%); inadequate or inaccurate recordkeeping, 35 trials (61%); failure to protect the safety of patients and/or issues with oversight or informed consent, 30 trials (53%); and violations not otherwise categorized, 20 trials (35%).”

Take a look at this first finding. It states that 39% which is around 2/5 of studies committed data falsification! How can we possibly trust medical science when the fraud is so blatant and widespread? And it’s not as though the authors of these studies come out and admit it. The study also found that:

“Only 3 of the 78 publications (4%) that resulted from trials in which the FDA found significant violations mentioned the objectionable conditions or practices found during the inspection. No corrections, retractions, expressions of concern, or other comments acknowledging the key issues identified by the inspection were subsequently published.”

Another study at PLOS ONE entitled “How Many Scientists Fabricate and Falsify Research? A Systematic Review and Meta-Analysis of Survey Data” concluded that:

“It is likely that, if on average 2% of scientists admit to have falsified research at least once and up to 34% admit other questionable research practices, the actual frequencies of misconduct could be higher than this.”

In light of all of this, if we want the truth, we need to look at the whole structure of how “science” works in the real world. We need to get wise to the methods that are used by unscrupulous groups to further their agenda. With that in mind, here is a list of the top 10 tricks used by the corporatocracy to pull the wool over your eyes by manipulating science and substituting their fake corporate junk science instead (thanks to Webster Kehr of CancerTutor.com for compiling his instructive list, from which the below points are derived). 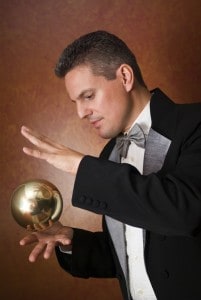 1. Substituting Synthetic for Natural Versions of a Nutrient

Those who know a little about nutrition probably realize by now that there is a vast difference between a nutrient found in a food or plant, and its synthetic counterpart artificially made in a lab. All vitamin C is not created equal; some versions are more equal than others. The same goes for other vitamins. It also applies to minerals, since some are derived from plant or animal matter (“organic”) whereas others are derived from rock (“inorganic”). The body can’t assimilate inorganic minerals, so all those so-called “natural” supplements full of rock and fossil-derived calcium are useless, and are actually harming your body by causing calcification.

When the corporatocracy wants a result skewed against an unpatentable natural solution and in favor of one of their patentable products, they simply use the synthetic (and less potent) version of that nutrient in the study and “find” that it is ineffective. Corporate junk science at its best!

2. Isolating Nutrients to Remove their Power of Synergy

Here’s another trick used by corporate junk science. If it’s trying to “scientifically prove” that a natural substance is ineffective, rather than testing the whole substance, it will isolate certain nutrients from it, declare them the only ones with any health benefit, then find them ineffective. This is like taking a clove of garlic, declaring that allicin is the only thing in it that could possibly do any good for human health, and then disregarding the whole plant when allicin doesn’t do everything you expected. The same goes for when corporate junk science, intentionally or not, tests the wrong nutrient and declares itself finished with testing.

Nature doesn’t work like this. Plants are complex organisms. Some are composed of hundreds of different phytonutrients which work together synergistically to produce wellness in the human body. Real science would test the whole plant open-mindedly in a variety of ways to try to discover and unlock the secret to its healing potential.

As explained in my article “Natural Cancer Cure Laetrile (Amygdalin, Vitamin B17) Works Better than Chemotherapy“, the cyanide contained in apricot kernels, apple seeds, etc. is a selective cancer cell killer. It leaves healthy cells alone, because they can disable the cyanide.

If corporate junk science can’t prove a natural substance itself is ineffective, then it uses the trick of altering the treatment plan, so that people are getting the correct amount of that substance. This could be as simple as making the dosage too low or too high, or combining the substance with other foods or drink which disable its healing effects, or heating it, etc. Just like Big Pharma drugs, natural cures require a patent to follow a correct dosage and treatment plan for them to be successful in healing disease. 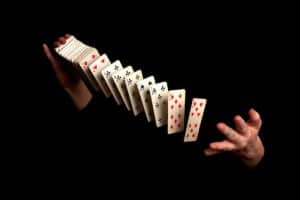 5. Getting Tricky with Statistics

Mark Twain once said that there are “lies, damn lies and statistics”. Corporate junk science often plays around with the numbers to emphasize one thing and hide another thing. Big Biotech often does this with their GMO studies, for instance, never allowing a study to exceed 90 days (after which the deleterious effects of GMOs begin to emerge).

7. Selecting Patients Favorable to the Agenda

The selection protocol in determining which patients to choose for a study is important, because by carefully selecting the patients in a study, you can to a large extent control the outcome of the study. Kehr gives examples of how the Mayo Clinic choose a narrow range of cancers as opposed to Pauling and Cameron when testing the efficacy of vitamin C as a natural cancer treatment.

In my article “The Massive Flaw with the Scientific Hierarchy of Evidence“, I highlighted how a distinguished 20-year medical journal editor became so appalled with the flagrant corruption of corporate junk science, she declared that it was no longer possible to believe much of the clinical research that is published. The peer review process has itself become too corrupted.

This is from Webster Kehr:

“In June [2002], the New England Journal of Medicine, one of the most respected medical journals, made a startling announcement. The editors declared that they were dropping their policy stipulating that authors of review articles of medical studies could not have financial ties to drug companies whose medicines were being analyzed.

The reason? The journal could no longer find enough independent experts. Drug company gifts and “consulting fees” are so pervasive that in any given field, you cannot find an expert who has not been paid off in some way by the industry. So the journal settled for a new standard: Their reviewers can have received no more than $10,000 [per year] from companies whose work they judge. Isn’t that comforting?

9. Controlling the Publicization of the Results

Most scientists are given contracts by the corporatocracy which contain a clause forbidding them to publicize results that the funders don’t like. This means that Big Pharma, Bir Agra, Big Biotech or whoever it is has the legal right to suppress the results of any study they don’t like – including being able to stop scientists from submitting such studies to a journal.

Science is, to some extent, by the admissions of one of its branches quantum physics, based on the state of the observer. So, it is unsurprising that it can be manipulated by placing the people who have your point of view in control. An outcome is more likely to be generated when you have people expecting (or subconsciously intending) that result. On top of this, results can be bought and the true finance behind that bribery can be hidden through front groups, think tanks, shell corporations, fake grassroots (astroturf) organizations and many other means.

The 10 tricks do, of course, exist in addition to the massive category of data falsification, where corporations omit and distort results at will through all sorts of chicanery (e.g. not reporting patients who suffer side effects and instead labeling them as “non-compliant”).

Corporate junk science is like a cancer parasiting off the host and destroying humanity’s attempt for knowledge and objectivity. The time has come to expose it fully and restore truth.

Previous Article
The Top 4 Reasons for the Bees Dying Off
Next Article
Transhumanism: Will This Be How Humanity Destroys Itself?