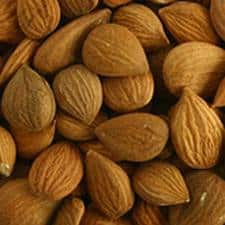 The natural cancer cure laetrile (amygdalin, vitamin B17), found in apricot kernels, works better than chemotherapy since it targets just cancer cells and leaves healthy ones alone – while chemo kills all cells indiscriminately

works far better than chemotherapy in destroying cancerous cells and leaving healthy cells alone. It is an absolute absurdity that chemotherapy even contains the word “therapy” in it. There is nothing therapeutic about chemo, which sets loose toxic drugs inside your body that indiscriminately kill all cells, healthy or cancerous.

Laetrile, on the other hand, is a far superior natural cancer cure in that it selectively targets cancer cells while leaving healthy cells alone. Incredible! How does it accomplish this? Laetrile is made of 4 parts, two of which are glucose, the third of which is benzaldehyde and the fourth of which is cyanide. The mere mention of the word “cyanide” tends to send people into mild shock since it is a well know poison. However, the cyanide and benzaldehyde in laetrile are not free molecules, and come naturally bound within other molecular formations. In fact there are many foods including vitamin B12 that contain cyanide, but they are safe since the cyanide remains locked up as part of another molecule.

Now here’s the brilliant part: cancer cells contain an enzyme that healthy cells do not, beta-glucosidase, called the “unlocking enzyme”. This enzyme causes the release of both the benzaldehyde and the cyanide, thus destroying the cancer cell, but cannot occur in a healthy cell, since it doesn’t contain this unlocking enzyme. Additionally, there is an enzyme in healthy cells, rhodanese, which catches free cyanide molecules and renders them harmless by combining them with sulfur. By binding the cyanide to sulfuric rhodanese, it is converted to a cyanate, which is a neutral substance. Cancer cells don’t contain enough sulfur to do this!

Another phenomenal aspect to the natural cancer cure laetrile is that it contains 2 parts glucose. Cancer cells live and thrive not on oxygen like normal cells (aerobically), but by fermenting sugar (anaerobically). Since amygdalin contains 2 glucose molecules, the cancer cells are very attracted to it. This is the exact same principle by which the Maple Bicarbonate Cancer Treatment works.

So where can you get laetrile or amygdalin? It’s naturally present in apricot kernels and apple seeds, though apricot kernels are the highest natural source. Add it to your diet as a super food and natural supplement. However, be warned that the FDA banned laetrile in 1971, falsely claiming it was dangerous. This is another example of FDA tyranny; the only things laetrile is dangerous to are cancer cells and Big Pharma profits, and the FDA is totally controlled and co-opted by Big Pharma, who routinely bribes FDA officials to approve their chemical drugs.

So if you have cancer or know someone who does, spread the word. Laetrile: it may be the most exceptional natural cancer cure around.

Previous Article
Early Diagnosis: Does it Really Help, or is it a Big Pharma Money-Making Scam?
Next Article
The FDA Mafia Threatens its Own Employees for Whistleblowing