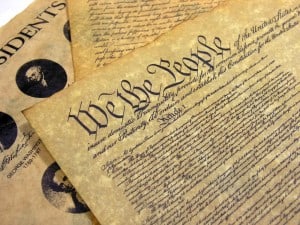 Change the Constitution!? NY Mayor Bloomberg tries to advance the treasonous New World Order agenda when people are in shock, and thus more likely to give up their rights.

Change the Constitution or the terrorists will get us

Government runs on fear. So do politicians. Fear is their primary energy source. The Controllers who run the New World Order are master psychologists and they know that people are far more easily controlled when they are in a state of fear. People give their power away when afraid – “save me!”

The human brain is a complex organ that is the product of thousands of years of evolution. The frontal part (the neo-cortex) which is responsible for rational thought is a new addition, relatively speaking. The older, more primal part (the amygdala) is the center for emotions and reaction – and is also known as the reptilian part of the brain, because it can trigger the fight-or-flight response in us.

It is classic manipulation to get people into an emotional, reactionary state before suggesting something they would otherwise clearly reject. The amygdala lives by the principle of “shoot first, ask questions later”. There have been 3 false flag staged terror events since July 2012 – the false flag Batman shootings at Aurora, Colorado, the Sandy Hook false flag shootings and now the Boston Marathon false flag bombing. The public is being whipped up into a state of insecurity, distress and fear in order to surrender their rights. It’s an old game, and an easy New World Order strategy to detect. To change the Constitution, or even consider it as a reaction to a the government-orchestrated Boston false flag event, would be to walk right into the hands of those planning a militaristic, fascist One World Government.

Benjamin Franklin is often quoted in the Truth Movement as saying: “Those who would choose security over liberty deserve neither and will lose both.” This is true, but what is even more true is that the security we think the Government will give us is an illusion anyway. Why would we trust those who plan false flag sacrificial rituals to protect us?

Previous Article
Wake Up Humanity: Create Your Own Dream, or Fall Into Someone Else’s Nightmare
Next Article
ET Disclosure – The Secret That Cannot Be Kept Forever