Proof of the Boston false flag event is now all over the internet.

The Government is attempting to cover it up, but their efforts to hide it are in tatters, as pictures of military agents at the scene carrying backpacks and radiation measuring devices, as well as wearing “Craft” jackets and caps, have been brought to light. Craft is a privatized military company much like Blackwater or Xe – the kind of company used to carry out dirty work and black operations off the books away from public scrutiny so corrupt elements within the Government can avoid accountability. Thanks to vigilant people and the alternative media, the truth about the Boston false flag is surfacing.

What Are Craft Military Operatives Doing at the Scene of the Crime?

Scroll down to see the pictures of various military operatives before and after the Boston Marathon bombing. Look at the evidence for yourself. Many of the military agents are carrying black backpacks – the same one which contained a bomb which was later detonated. 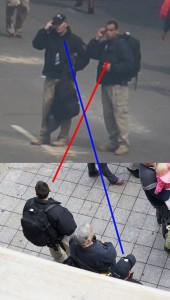 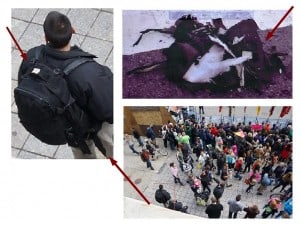 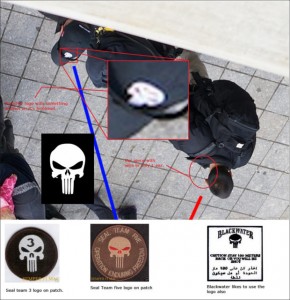 Will the Boston False Flag Operation be Used to Further the Gun Control Agenda?

This anonymous letter circulating the net suggests the gun control agenda is the focus of the Boston false flag operation. However, it’s coming from a different angle. This time, the indicated plan is to limit the amount of explosives or powder people are allowed to buy:

“WARNING: Laws being written to screw you.

I work on a security commission and I’ve just received word to start campaigning on a campaign we’ve been working on for the last two months and now it all makes sense.

I’ll keep it as short can I can.

They’re going to pin this event on a male late teens to early 20s and say he did it because he’s unstable. They are going to find firearms and a NRA book in his home. They are going to say he used reloading powder for the explosion and that reloading powder shouldn’t be for sale to the public. They are then going to say that because the powder in ammunition can be used for explosions that the number of rounds you can buy should be limited and taxed to help pay for these events.

I can’t do anything or I’ll lose my job and possibly face criminals charges. Please don’t let them get away with it. They won’t find the suspect till later this week and the raid is issued to occur on Friday. This was a staged event. The people hurt are real but the event was planned. Don’t let them hurt our rights.

I’m at work so I used a copy of a picture from another thread. Also please don’t mention me. It will seriously hurt me.”

Stay Tuned for More on the Boston False Flag Event

For those with eyes open, the Boston false flag bombing has been a false flag event very easy to see right through. Government sources and the mainstream media have been flip-flopping and changing the official narrative and suspect list many times since Monday. Stay tuned for more details on this staged terror event.

Previous Article
The Truth About the War on Drugs – Part 2
Next Article
Wake Up Humanity: Create Your Own Dream, or Fall Into Someone Else’s Nightmare