Wake Up Humanity: Create Your Own Dream, or Fall Into Someone Else’s Nightmare

Wake Up Humanity: Create Your Own Dream, or Fall Into Someone Else’s Nightmare 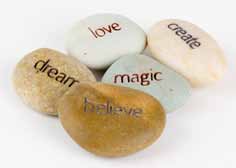 Wake up and create your own dream! We are all unique, powerful creators in our own right. Don’t let the mainstream media tell you what to think, feel or dream, or you’ll fall into someone else’s nightmare.

Wake up humanity! There is so much riding on the decisions

we make right now. Each of us has the power to affect the future of this world. Each of us, through our own individual beliefs, thoughts and actions, depending on whether we wake up or not, has the power to change the collective timeline of this planet, and beyond. Everything we do – or fail to do – matters immensely, because Earth is currently at a fork in the road, teetering on the fence between two vastly different futures: one driven by fear, darkness and tyranny, and another full of love, light and freedom. Which will it be? That is solely up to each and every one of you.

In a strange and magical way, both futures already exist. In fact, every possible future that you can imagine already exists. This is because the universe is holographic in nature. Holograms are 2D images which appear to be 3D or “real” when you shine a light on them. However, when you try to touch them, you can put your hand right through them. Ancient mystics and modern quantum scientists alike now hold the same view: the material world out there is really an illusion or a generated image. Matter is not solid, but rather condensed energy. Time and space are no longer absolutes, but rather relative to our perception. We are projecting and creating our world as we go along!

Imagine the cosmos as a giant DVD that stores not only places, things, and sounds, but also situations, thoughts and feelings. Everything that has happened, is happening and will happen is enscribed onto this disc. ANYTHING that can happen is encoded. What we experience as “reality” is us shining our collective laser – like a DVD player – onto a portion of the disc and giving it life. We are co-creators. It takes our attention and focus, as well as the encoded information, to mingle together to produce “reality”. The crucial point here is that we can collectively choose what portion to focus on!

So in a sense many prophecies are true – such as the ones about the time period after 2012 (from 2013 onwards) being a period of transformation – but they’re not the only truth. They are realities that could happen, but aren’t necessarily going to happen. Prophets are people who have developed their psychic abilities more than the average man, and have been able to catch a glimpse of a possible or probable timeline. As such, their prophecies can be regarded as a useful warning, but not something that will definitely take place. They serve to show us where we’re headed if we don’t change course. They also serve another great purpose: sometimes the mere mentioning of them can be enough to cause them to be averted. That’s the great secret in all of this: we can change the road we’re on, change the timeline and choose a better one that benefits us all.

… Yet Paradoxically Nothing Is Set In Stone

Nothing is set in stone; what will take place on Earth in the coming years will be a result of our efforts. On the one hand, if we continue being ignorant and apathetic, falling into the traps of giving away our power, denying the atrocities going on, believing we can’t do anything to change the situation and pretending it will all somehow be okay, then we’re going to take the highway to hell, the timeline to tyranny. On the other hand, if we awaken and remember Who We Are, then we’ll recall we have the potential to change what goes on. Remember, each of us is “God”, the cosmic force which split itself into zillions of spirits and particles throughout space-time. You are one such spirit. You are the master-creator who determines what happens in your reality. You can have whatever experience you want to have. We all need to awaken and reactivate our amazing power to create, and choose the beliefs and futures we prefer, instead of being dictated to. How things turn out has a lot to do with us; if you don’t create your own dream, then you’ll fall into someone else’s.

And that’s exactly what’s been happening on the timeline up until now. As things stand, that other dream is a nightmare leading to slavery. Too many people have forgotten their own divinity and power, so their creative abilities have been siphoned off by the elite for their own nefarious purposes. One of the main ways they do this is by controlling the mass media, which has become a huge brainwashing octopus with far-reaching tentacles, broadcasting subliminal messages of fear 24/7. The mass media shapes the average man’s beliefs, which in turn shape his reality. By allowing yourself to ingest these programmed messages of fear, you unwittingly let the elite mold your opinions, beliefs and reality. They have an agenda of domination, and by getting you to believe that it is inevitable, instead of just a plan, you add your focus and creative ability to the plan and actually make it more likely to happen!

The Mainstream Media are Nightmare Programmers, Not Dream Creators

This is the problem with watching the regular “news”. It can lead you to become apathetic, overwhelmed and resigned to war and violence. This is also the problem with unquestioning belief in Apocalyptic and Armageddon-like prophecies. It can lead you to think that the end is near, we’re all doomed and so there’s no point trying. More disempowering beliefs. Wake up to the deception: the Controllers are trying to get you to add your creative power to their nightmarish vision, to make it come true!

If there’s one thing to remember from all this, here it is: do something! Your participation is required. This catalog is a call to action, urging you to wake up and join the peaceful army of lightwarriors who have remembered their inner purpose for being here: to correct the timeline, alter the collective road we’re on and change the future. Don’t be a spectator, sitting back watching events as though they were TV entertainment. The battle is real and hanging in the balance right now, and your active involvement is needed to swing it in favor of a truly free world.

Wake Up and Remember Who You Are

Wake up and remember Who You Are! Then you’ll know why you’re here, and be able to do what you came here to do. If you don’t know, find out, now! Make it your top priority. Follow your excitement: it’s the clue to unraveling your purpose in being here. Time is running out; peace and freedom need to be earned with our hard work, awareness and love. Use the resources on ToolsForFreedom.com to empower yourself and others, in all aspects of health, wealth, strength and spirituality. Wake up, provoke people out of their mundane lives, stimulate them to think and shock them out of their programming. Let’s go! A brighter world is waiting to be created …