ET Disclosure – The Secret That Cannot Be Kept Forever

ET Disclosure – The Secret That Cannot Be Kept Forever 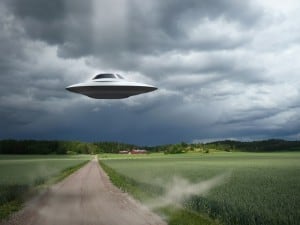 ET Disclosure is a complex issue, as once the public knows the truth about ETs, the existence of free energy technology will also be revealed.

ET disclosure is a topic which goes through periods of popularity and decline,

as people alternate between optimism that officials will finally come clean on over 60 years of secrecy, and pessimism that there is too much at stake for the Shadow Government or Secret Government to spill the beans over. Indeed, there is a lot at stake: the $600 trillion-a-year oil, gas and coal industry, for starters. Dr. Steven Greer, head of the Disclosure Project, has been gathering evidence and testimonies for decades, and his team has just released an incredible film putting it all together, “Sirius“, which you can view as a streaming video on ToolsForFreedom.com. The current release of this movie, along with a public hearing on ET disclosure in Washington D.C., “The Citizen Hearing on Disclosure“, have helped push the topic of ET disclosure to the forefront yet again.

ET Disclosure is a Complex Issue

ET disclosure is an issue affecting all facets of society. It’s not just a matter of debating whether aliens exist or not. For many people who’ve looked the undeniable evidence, this is obvious and something they have known for a long time. It’s also not just a matter of debating whether these aliens have visited Earth and interacted with us. Again, this is obvious to many, especially those familiar with Phil Schneider‘s account of running into aggressive ETs in underground bases, or Bill Cooper‘s personal experience and magnificent research. Bill Cooper may have been the one of the first ones to really go public with the information (and MJ-12 or Majestic documents) that former President Eisenhower cut a deal with the aliens in 1950s.

The issue of ET disclosure touches a much deeper topic: energy. As the banner slogan for Sirius points out, if we accept the reality of extraterrestrials, then the next logical question must be: how did they get here? And that, of course, opens up a whole can of worms about free energy technology, antigravity propulsion and zero point energy devices. The mainstream acceptance of free energy would lead to the destruction of the oil, gas and coal industries and revolutionize life on Earth. Imagine if every household had a device which could provide unlimited power either for free or at virtually no cost! This is possible; the technology exists; but right now it is under lock and key at big corporations and unaccountable military agencies such as the NRO (National Reconnaissance Office), who intentionally keep even CIA and DIA heads, US presidents and Senate Intelligence Committee people in the dark. The NRO has the infamous slogan “We Own The Night” with owl imagery (coincidentally, just like the owl imagery used at Bohemian Grove, where the NWO elite get together for satanic ritual).

Is ET Disclosure a Fad, or is it Actually Going to Happen?

From a broad perspective, ET disclosure is just a matter of time. The secret cannot be kept forever. Mexico, England and France all released thousands of classified UFO files a few years ago, which contained impressive evidence, including photos of UFO craft and testimonies of eye witness pilots who flew right near them. There is already a large percentage of the US population who believes in the existence of UFOs and ETs, according to recent surveys.

Whether it happens soon or not is another question. I have seen so many predictions come and go about ET disclosure being imminent, or Obama being the ET disclosure president, etc. All of them fizzled out. So, don’t hold your breath, but at the same time, add your input to growing number of people who are taking matters into their own hands, forming ET groups and spreading truth and awareness. Why wait for the Government to come clean?