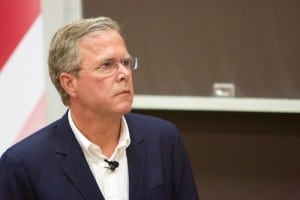 Who is Jeb Bush?

The elite establishment who control the MSM (Mainstream Media) are ensuring through their biased media coverage that US 2016 presidential hopeful Jeb Bush becomes the frontrunning candidate for the Republican Party. As he more and more enters the limelight and the consciousness of the average US voter, many will be wondering – who is Jeb Bush, really? Part 1 dealt with the history of the Bush crime family, as well as Jeb’s probable involvement with CIA drug smuggling. Part 2 of this series takes a deeper look at other aspects of Jeb Bush’s past, such as his involvement with PNAC and drug money laundering.

Jeb Bush and his PNAC neocon pals got their new Pearl Harbor with 3000 American deaths. We got the fake War on Terror.

PNAC (The Project for a New American Century) was the neocon (neoconservative) think tank group set up in the late 1990s to push the war agenda, specifically to push, unashamedly, for the US to continue its imperialist ambitions. It wanted nothing less than total American supremacy across the globe. It advocated more money for the military, more invasions, more foreign military bases, more war. Unsurprisingly, PNAC had a strong Zionist influence so of course it was pro-Israel. The PNAC membership is really staggering; it reads like a “Who’s Who” of American elite New World Order conspirators, such as Dick Cheney, Paul Wolfowitz, Donald Rumsfeld, Robert Kagan, I. Lewis (Scooter) Libby, Richard Perle, Doug Feith and others. As this PNAC document shows, Jeb Bush was also a member. PNAC was replaced by the new think-tank Foreign Policy Initiative, co-founded by William Kristol and Robert Kagan in 2009.

One of the most famous and nefarious passages from any PNAC document is this oft-quoted one from Rebuilding America’s Defenses, talking about how changing America may take a long time, unless a big “catastrophic” event was to occur:

“This process of transformation is likely to be a long one, absent some catastrophic and catalyzing event – like a new Pearl Harbor.”

This was written before 9/11. Are we supposed to believe it’s just a coincidence that PNAC and other criminal elements within the US Government got their new Pearl Harbor just afterwards? What are the chances that Jeb Bush had no 9/11 foreknowledge, given that he was a member of PNAC, that his brother George was US President and supposedly in charge of US air defense at the time (although that may have been left to another PNAC member, then VP Dick Cheney), and that his other brother Marvin Bush as mentioned in part 1 was in charge of the electronic security system of the Twin Towers? Does anyone smell a rat here? 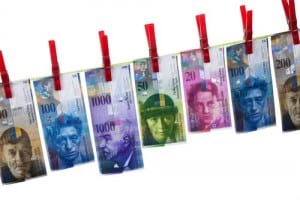 We know that Jeb Bush has close ties with the CIA in his past. Thanks to the investigate research of Wayne Madsen, we also know that Jeb was doing a bit more than just importing coffee during his banking time in Florida. According to Madsen:

“Jeb should fully explain his relationship with Alberto Duque, a Colombian national who laundered drug money for the Medellin and Cali narco-cartels and Nicaraguan contras while serving as owner of City National Bank of Miami and president of the General Coffee Company of Colombia … Duque financed a $30 million real estate development project run by Jeb Bush. In 1983, Duque was convicted for fraud and sent to federal prison. Duque hired a Bush family CIA crony to serve as City National Bank’s president … Don Beazley, who previously worked for the CIA’s Nugan Hand Bank in Australia. Before it collapsed, Nugan Hand was responsible for laundering money from the CIA’s Golden Triangle opium and heroin smuggling operations from Southeast Asia’s Golden Triangle and paying off U.S. surrogates in Asia, including Ferdinand Marcos in the Philippines, Suharto in Indonesia, Park Chung Hee in South Korea, and various Thai generals.”

The elite always use their office to dole out personal favors or pay back those that got them into power. When he was Governor of Florida, Jeb Bush funneled US$1.7 billion of Florida’s state pension funds through investment banking institutions such as the Lehman Brothers, Carlyle Group, Morgan Stanley, Goldman Sachs, UBS, J.P. Morgan, etc. who were the fundraisers of George W. Bush’s presidential campaigns. Jeb Bush is a man who wouldn’t rule out torture. Jeb Bush is man who doesn’t like the average person to have access to encryption. Jeb Bush is a man who would be happy to continue George W. Bush’s disastrous and highly illegal foreign wars, claiming that the US must maintain its “unequal military strength” or military supremacy. 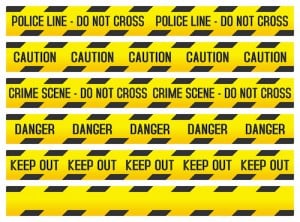 Who is Jeb Bush? The Same as Hillary Clinton

Given the elite control over the political process and the mainstream media, you can be pretty sure that any mainstream candidates given good coverage and press are not going to be very different on key issues. In fact, as this article from Jake Anderson on Global Research shows, Bush and Clinton are identical on all the important issues facing the US. Jeb and Hillary are being funded by the exact same people! Both Jeb and Hillary both support giant corporations (and get support from the very same corporations to the tune of millions), the current Rothschild-Rockefeller Federal Reserve banking system, more empire-building wars for imperialist America, the Patriot Act, NSA mass surveillance, fracking, GMOs (and the prevention of GMO labeling), secret trade treaties like the TPP and even the death penalty! Could it be any clearer that Jeb and Hillary are utter tyrants, when they believe the nameless entity of Government has the right to take away your life? The Clintons by the way are up to their necks and beyond in corruption, crime and dead bodies just like the Bushes. The Bushes and Clintons are America’s modern day mafia crime families.

Politics has been likened to pro-wrestling: the result is never in doubt and has already been pre-determined (however wrestling has more chance of a spontaneous outcome!). If Americans vote in Jeb Bush, it’s going to mean more of the same crime: more wars, more corporate cronyism and corporate welfare, more surveillance and more corruption, while less choice, less privacy and less freedom. Let’s hope the average US voter has enough wisdom not to vote for continuing the oligarchy … remember, there has been either a Bush or Clinton in the White House from 1980-2012 – that’s 32 straight years!

Previous Article
Who is Jeb Bush, Really? – Part 1 – The Bush Crime Family
Next Article
Gluten-Free: “Fad” or Not? Studies Suggest Most Gluten Sensitivity Is Imagined