Preemption: The Legal Principle used by Big Biotech to Get GMO Labeling Banned

Preemption: The Legal Principle used by Big Biotech to Get GMO Labeling Banned 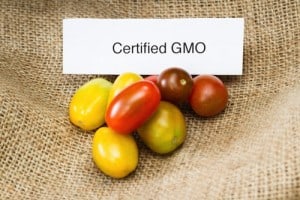 What most consumers would love to see – plain, honest, GMO labeling – but due to Big Biotech’s use of preemption, it’s not happening.

Preemption is the legal principle

being trotted out in the last couple of years by politicians and judges ruling on biotechnology and GMO cases. Big Biotech has seized upon the principle of preemption, and unfortunately but unsurprisingly, is now using it with gusto to prevent states, counties and municipalities from passing and enacting ordinances, moratoriums or other laws to curb the use of GMOs. That way Monsanto can control the Federal Congress, Supreme Court and White House without having to control every single state or local government.

Preemption was again used in HR 1599, the Safe and Accurate Food Labeling Act of 2015 (dubbed by many the DARK Act, or Denying Americans the Right to Know Act), a bill which was recently passed and which is another classic example Orwellian doublespeak in its name. The bill does nothing to produce “safety” or “accuracy” around GMOs – it prevents restrictions on unsafe GMOs and GMO labeling, and keeps Americans in the dark when it comes to accurately knowing what their food is and where it comes from.

Preemption is the legal principle that when a law from a higher court and lower court conflict, the law from the higher court displaces or takes precedence over the law from the lower court. In the case of the USA, people argue that when federal and state law conflict, federal law preempts state law due to the Supremacy Clause (Article 5, Paragraph 2) of the US Constitution (there are some who argue that the States created the Federal Government and therefore should be higher in law, but unfortunately the Supreme Court has ruled the Federal Government takes supremacy, so now we have hundreds of years of legal precedent. The Federal Government has taken the power unto itself and it’s going to be difficult to wrest control back from them).

Preemption has so far thwarted the Hawaii’s grassroots efforts to curb and ban GMOs from its beautiful islands. Preemption was used as the justification for the overturning of Maui’s GMO moratorium ordinance, as well as ordinances from Kauai and Hawaii (Big Island). It’s all too easy for judges to sit back and refuse to take a principled stand on the GMO issue, or to allow local residents to have a say in what happens around them. It’s doesn’t matter if RUPs (Restricted Use Pesticides) are blowing out from GMO fields into nearby schools (as is happening in the small town of Waimea on Kauai) and making kids sick – once Big Biotech (Monsanto, Syngenta, BASF, Dow, DuPont, Pioneer, Bayer and others) has control of the Federal Laws and judges, they can use preemption to stop any local efforts at curbing their destructive actions.

What’s in the DARK Act?

Below are some excerpts from HR 1599 or the DARK Act:

“The premarket notification must include the developer’s determination that food from, containing, or consisting of the GMO (GMO food) is as safe as a comparable non-GMO food. For the GMO to be sold as food, the FDA must not object to the developer’s determination. If the FDA determines that there is a material difference between a GMO food and a comparable non-GMO food, the FDA can specify labeling that informs consumers of the difference.

A food label can only claim that a food is non-GMO if the ingredients are subject to certain supply chain process controls. No food label can suggest that non-GMO foods are safer than GMO foods. A food can be labeled as non-GMO even if it is produced with a GMO processing aid or enzyme or derived from animals fed GMO feed or given GMO drugs.

The FDA must allow, but not require, GMO food to be labeled as GMO.

The FDA must regulate the use of “natural” on food labels.

In plain English, what this is stating is that:

– GMO labeling will be voluntary not mandatory (the producer will write up “premarket notification” which the FDA can’t overrule);

– Food is non-GMO even if from animals given GMO food or GMO drugs;

– The word “natural” still has no real meaning on labels, and can be used for pretty much any food, including GMO food;

– Due to preemption, no state or local government can pass restrictions on GMOs or GMO labeling.

Preemption Will Affect a Lot of States and Counties

It seems that preemption is going to affect a lot of lower governments. According to Common Dreams, the DARK Act will preempt “more than 130 existing local and state statutes, regulations and ordinances in 43 states and block any future similar oversight of GMOs”. It also notes that “in 2013 and 2014 more than 30 states introduced legislation to require GMO labeling, and Vermont, Connecticut and Maine recently passed GMO labeling laws”, as well as counties such as Jackson County in Oregon passing outright bans of GMO cultivation of crops.

When you go beyond the lies and propaganda of the Western MSM (mainstream media), you reach a point where you recognize the insanity of the system. We live in a world where the authorities are pushing mandatory vaccination but refuse to enforce mandatory GMO labeling – despite the fact the GMOs are creations of chemical companies (Big Biotech) in order to sell more poisonous chemicals. The World Health Organization’s International Agency for Research on Cancer classified the herbicide glyphosate (main ingredient of Monsanto’s RoundUp) as a probable human carcinogen and 2,4 D (from Dow) as a possible human carcinogen. GMOs are soaked with carcinogenic chemicals, yet we are not even allowed to know which foods contain them, or take local action to stop Big Biotech from planting them and spraying them in our towns!

Such an outrageous situation can only continue for so long before it erupts into a full-on rebellion. The conditions in the US right now are pre-revolution conditions. Let’s hope activists can find a peaceful way to go forward. Perhaps we can all recall the example of Belgium in 2011, where pure food activists pulled up GM fields, and even replaced the trial GM potato crops with organic potatoes! Where there’s a peaceful will there’s a peaceful way …