Who is Jeb Bush, Really? – Part 1 – The Bush Crime Family

Who is Jeb Bush, Really? – Part 1 – The Bush Crime Family 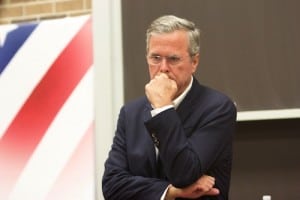 Who is Jeb Bush? The Bushes’ criminal syndicate has committed 4 generations of treason against America. Jeb comes from a deeply corrupt family.

Who is Jeb Bush?

The elite establishment who control the MSM (Mainstream Media) are ensuring through their biased media coverage that US 2016 presidential hopeful Jeb Bush becomes the frontrunning candidate for the Republican Party. As he enters more and more the limelight and the consciousness of the average US voter, many will be wondering – who is Jeb Bush, really? This series takes a deeper look at the latest bloodline Bush foisted upon the American people in a “free and democratic” election.

Who is Jeb Bush? The Latest Bush in a Long Line of Treason

The Bush family is one of the most notorious and nefarious American families ever to rise to power in the USA. The list of their deception, thievery and murder stretches all the way back to the early 1900s. For an in-depth investigation into their criminality, listen to The Freedom Link’s The Bush Family: Four Generations of Treason!. Here is a brief snapshot of their family history, starting with Samuel Bush: 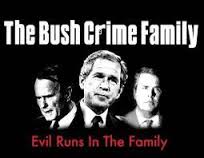 – Samuel Bush becomes President of Buckeye in 1908 when Rockefeller retires, staying there until 1927 and according to Wikipedia becoming one of the top industrialists of his generation. During this time his clients include the Harrimans, since the US railroads were controlled by E. H. Harriman. Thus the Bush family begins to do business and rub shoulders with the Harriman and Rockefellers families, 2 major elite bloodlines. When WW1 breaks out, Bush also forms an alliance with the Remington family through arms manufacturing. Joe Joseph, Tim Watts, and John King of the abovementioned The Freedom Link radio shows estimate that during WW1 Samuel Bush and his cronies profited to the tune of US$200,000,000 or $200 million. This equates to around $3.1 billion in today’s money, according to this site. 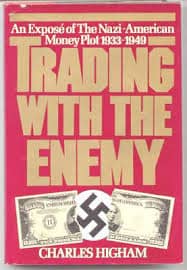 – Samuel’s son Prescott Bush, through banks owned by the Harriman brothers (E. Roland and W. Averill), traded with the Nazis before and during WW2. The US Government declassified documents proving it. Hitler’s rise to power was aided by Wall St. bankers. Prescott was involved in the failed coup d’etat of 1934 to militarily take control of the US Government, where the plan was to overthrow FDR and install a fascist dictator in line with the ideologies of Hitler and Mussolini. Fortunately Marine Corps Major-General Smedley Butler, the man who famously declared that “War is a Racket”, blew the whistle on the Business Plot and refused to go along with it.

– Prescott’s son George Herbert Walker Bush or George H. W. Bush rises to power through his company Zapata oil. He rubs shoulders with the Dulles brothers, lawyers of the Rockefellers, who also had deep ties to Hitler and the Nazis. John Dulles worked in the Eisenhower administration, while Allen Dulles became head of the newly-formed CIA. There is a lot of evidence linking George H. W. Bush to the assassination of JFK. 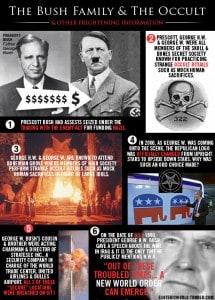 – George H. W. Bush goes on to become head of the CIA and US President. He invades numerous poor and developing 3rd world nations to ensure US corporations can steal their resources and set up military bases, oversees CIA drug and gun running operations, and personally supervises that large quantities of cocaine get shipped into the US via the Mena, Arkansas airstrip (with a little help from his partner in crime Bill Clinton). Mind control victims such as Cathy O’Brien (and others) accuse George H. W. of being a sadistic rapist and serial killer, claiming Bush repeatedly raped her and her young daughter, and ordered mind-controlled soldiers to kill themselves. George H. W. publicly calls for a New World Order on September 11th, 1991. He is also part of the Satanic black magic rituals of Bohemian Grove and Skull ‘n’ Bones secret societies.

– George H. W. Bush’s son and Jeb Bush’s brother, George W. Bush, sets the record for the mentally-challenged US President (maybe due to all the Illuminati inbreeding). He oversees the most daring false flag operation of all, 9/11, passes horrible legislation like the Patriot Act to eviscerate the Bill of Rights, sets up the loathed DHS and TSA, propagates the massive and fake war on terror, and invades countries like Iraq and Afghanistan – despite admitting they had nothing to do with 9/11. Incidentally, George W. Bush’s brother Marvin Bush was the director of the electronic security system in the twin towers. He also removed the bomb searching dogs form duty 1 month prior to 9/11. Just a coincidence … nothing to worry about.

So, in summary, there are at least 4 generations of Bushes who have been involved in starting and/or funding sides in both World Wars, the Korean War, the Vietnam War, numerous CIA wars, the Gulf War and the fake never-ending War on Terror, not to mention drug smuggling and illegal funding on “contra” terrorists in Iran and Nicaragua. So when considering “Who is Jeb Bush?”, it’s good to know the lineage he comes from. 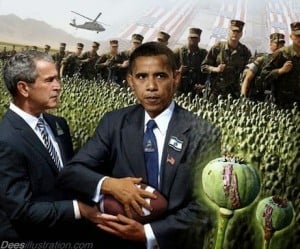 George W. Bush passed the ball to Obama. Is Obama about to pass it forward to Jeb Bush?

Who is Jeb Bush? A Criminal Past of CIA Drug Smuggling and CIA Contra-Funding

Let us now turn our attention to Jeb Bush. Who is Jeb Bush? Is he, or has he been, involved in any of his family’s dubious and criminal enterprises? Unfortunately the answer seems to be yes. The CIA drug smuggling activities of the 1980s was related to the “Contras” – both the Iranian Contras and the Nicaraguan Contras. In the case of Iran, the elite were trying to get a foothold in a country that was close to Russia for geopolitical purposes. In the case of Nicaragua, the CIA were trying to topple a 3rd world nation government that wasn’t friendly to the US in exchange for one which would toe the line. Money from the weapon sales, thanks in large part to Lieutenant Colonel Oliver North of the National Security Council in late 1985, was diverted to fund anti-Sandinista and anti-communist rebels, or Contras in Nicaragua.

There is strong evidence that Jeb, like his father and brother, was involved in CIA drug smuggling and the murder of CIA drug smuggler Barry Seal in 1986. According to this article on Daily Kos:

“Barry Seal was a legendary CIA drug smuggler and ace pilot who had literally worked for the Agency since he was a teenage pilot prodigy in the late 1950s. By 1986 Barry Seal was having legal problems (criminal and a huge IRS tax liability) that not even his CIA connections could protect him from and according to Seal’s lawyer Lewis Unglesby, Barry Seal was a threat to testify against Vice President George Herbert Walker Bush. In fact, in early 1986 Barry Seal was threatening GHW Bush to get the IRS off his back or he (Seal) was going to blow the whistle on the Contra scheme and CIA drug smuggling.”

If you threaten someone like George H. W. Bush, you can guess what’s going to happen. The article further quotes former CIA agent Chip Tatum, who had known Seal and shared confidences with him, “listening with amusement the first time we breathlessly relayed what we’d discovered: that Oliver North is guilty in the assassination of Barry Seal … “No shit, Sherlock,” he replied, laughing. “It ain’t exactly the secret of the century, I can tell you.”” Here are some quotes from The Conspirators: Secrets of an Iran-Contra Insider, written by Al Martin:

“In this discussion, I had mentioned the recent assassination, only a few days before, of Barry Seal [Feb, 1986, outside his halfway house in New Orleans]. I said to Jeb, “Isn’t it convenient that Barry Seal was assassinated when he was? And now suddenly all the information and documents he had are gone missing?” Jeb had a rather broad smile on his face, and he concurred that it was convenient. He added a little snicker – as he often had a tendency of doing. Also little beads of sweat formed on his forehead, as when he gets nervous. It’s something you can notice when he’s on television. He still has a tendency to have little beads of sweat around his forehead, when he is either lying about something, or he’s nervous about what someone is saying.”

Part 2 of this “Who is Jeb Bush?” series takes a look at other aspects of Jeb’s past, including his links to PNAC (Project for a New American Century) which conveniently prophesized a 9/11-type attack before it occurred …