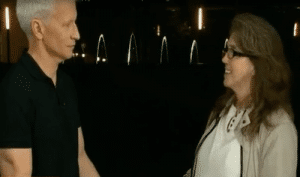 The official Orlando narrative spun by the MSM on behalf of the US Government is another brazen piece of propaganda. Here are 13 holes in the story.

spun by the MSM (Mainstream Media) on behalf of the US Government is yet another brazen piece of propaganda designed to fool casual onlookers who haven’t investigated the matter fully. Now that it has been over 2 weeks since the incident and the dust has somewhat settled, it’s clear to see that Orlando was another blueprint false flag operation to spread fear, stoke Islamophobia, promote gun control and strip your rights. Orlando was the latest in a long string of false flag operations that have gained significant publicity in recent times, starting with 9/11 (the grand daddy false flag attack) and including the Aurora Batman shooting, Sandy Hook, the Boston Marathon bombing, Paris I, Paris II and San Bernardino among others. As usual, the official narrative has many inconsistencies and anomalies. Here is a list of the top 13 holes in the Orlando narrative as it been told to us, showing why it always wise to critically question any MSM or governmental narrative.

As I covered in the earlier article Mass Shooting: Orlando False Flag?, the man we are told was responsible for the attack, Omar Mateen, was employed by the world’s largest private security company G4S. This is the same G4s that runs Israeli’s prisons (and so assists in its illegal expansion and genocide) and the same G4S that is connected to 9/11 and Guantanamo. If the Orlando mass shooting was just the result of a random, crazy, hate-filled, radical Islamic man, as the official story goes, then why is he connected to a corporation like this? Why is G4S a client of “Crisis Cast” a crisis actor company?

G4S got busted in a lie when they claimed that Mateen was psychologically screened in 2007. G4s claimed the testing was done by Dr. Carol Nudelman on Sept. 6, 2007. However Nudelman outright denied this (Wackenhut is the name of a security firm bought out by G4S). If G4S has nothing to hide, why would they fabricate this? Nudelman said:

“”I was not living or working in Florida [in Sept. 2007],” she said. “I was not performing any work for Wackenhut, and I did not administer any type of examination to Omar Mateen. Any statement to the contrary is absolutely false.””

Orlando Narrative Hole #3: Mateen Interviewed – and Lured – by the FBI

The FBI has become infamous for its manufactured terrorism and sting operations, where it fabricates a terrorist attack and pretends to save the day (having orchestrated and executed the entire event itself through its various informants, agents and gullible patsies who got entrapped). We know Mateen was interviewed at least twice by the FBI in the last few years. If the shooter acted alone as a random lone nutter and not part of a grander conspiracy, why did the FBI previously try to lure him into a sting operation?

Why does Mateen’s father, Seddique Mateen, just happen to be so well-connected that he knows US Congressmen, has pictures of himself outside the US State Department, and was running for President of Afghanistan? As Patrick Henningsen of 21WIRE writes, Seddique is “an absolutely ideal profile for a Washington-managed, CIA controlled-opposition political candidate” and is “too well-connected for this event’s narrative to considered ‘normal.’”

Here comes the gushing, gaping hole in the official Orlando narrative. The MSM was allowed to casually tour patsy Mateen’s apartment only 24 hours after the event (same thing happened with San Bernardino)! They were allowed, basically unaccompanied, to enter, touch, move and disturb all his stuff with virtually no oversight! Is this the biggest WTF moment of the entire false flag operation? Whatever happened to the preservation of evidence? Whatever happened to cordoning off a crime scene? How stupid do the NWO manipulators think the sheeple are?

We were told that Mateen supposedly killed 50 and injured 53, yet we were not shown any real bodies or blood of the incident. We were however shown scenes of people carrying “victims” … who could suddenly walk normally again right after they thought they were off camera.

Not surprisingly, Orlando had its fair share of crisis actors posing as real witnesses and real family members of real victims (assuming there were real victims). We were told by the MSM that “victim” Tony Sanchez was shot 4 times in the back, but he seemed in very good shape afterwards to give an television interview. We were given Norman Casino, who was able to sit upright and talk to CNN-CIA Anderson Cooper after 24 hours of being shot, and who lied about being in hospital for 2 days! We were given Christine Leinonen, the mother of alleged victim Christopher Andrew Leinonen, who wanted make it as a TV star on “Wheel of Fortune” and who was apparently happy and full of love and forgiveness a few days after the event.

The MSM was at it again with green screen fakery, but this time at a whole new level. Check out the interviews with Christine Leinonen, Jose Colom, Shawn Royster, Rosie Febo and others – full of fake studio backdrops designed to make you think the MSM is right on the scene in Orlando (and thus programming a perception of authoritativeness), when actually they are filming in a studio.

Orlando Narrative Hole #9: Bouncer Shuts Door so No One Can Escape

As reported by Janiel Gonzales, and as admitted by the “bouncer” himself (actor Luis Burbank), the door to the Pulse club was shut, which prevented people from escaping. Why?

How was 1 man able to shoot and injure over 103 people (50 allegedly killed, 53 allegedly injured) with no outside help?

There are many eyewitnesses (who were inside Pulse nightclub at the time of the shooting) who give accounts of multiple shooters, and who state that 1 shooter could not possibly have acted alone. Watch and listen to the testimony of this survivor, this survivor, and these survivors, for instance.

Why did this policeman smile and laugh during a press conference help by the Orlando police about the incident?

We are told the supposedly experienced doctors involved in caring for the Orlando “victims” ran a clinic together for 10 years, yet there are no photos of them together before the incident, plus no reviews for them individually, despite having worked for a long time. Why?

Conclusion: The Official Orlando Narrative is Full of Holes

The official Orlando narrative is a fantasy, just like all the other false flag events and staged terror attacks with which we have been inundated. Each time one of these false flag mass shootings or bombings is pulled off, more and more people are seeing through it and not falling for the fakery. How long until the NWO manipulators can no longer effectively use this tactic to fool and scare the public?

Previous Article
Cannabidiol (CBD): The Cat’s Out of the Bag with This Cure-All
Next Article
The Plant that Stops Antibiotic-Resistant Bacteria