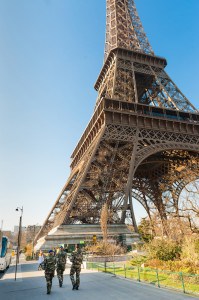 The November 2015 Paris shooting is suspicious. Here are 10 ways it looks like a hallmark false flag operation.

The Paris shooting of November 2015

which just occurred on Friday 13th November bears many of the telltale signs of a false flag operation with foreknowledge. Now more than 48 hours later, we have some clues that the New World Order manipulators are up to their old tricks again – which are getting very predictable by now. Here are 10 signs that the Paris shooting is yet another false flag attack designed to scare the common citizen (in France and everywhere), demonize Islam, provide “reason” for Governments at G20 and around the world to waste more money and take more liberty fighting terrorism, provide justification for the French Government to increase surveillance, and provide France and NATO with an excuse to escalate violence against Syria.

How many false flags in recent history have all had the same feature: drills at the same time at the same (or a nearby) place? 21st Century Wire reports that Dr. Patrick Pelloux was “a ‘survivor’ of the Charlie Hebdo shootings” who just happened to be on the scene at these shootings. That in and of itself is a coincidence, but Pelloux actually stated that a “multi-site attack exercise” (i.e. a drill) was taking place during the shootings! 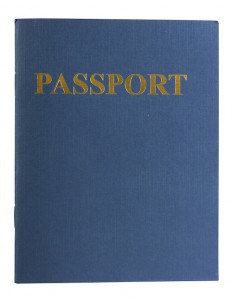 Paris shooting: another magical passport which turns up at the scene of the crime …

Stuart Hooper of 21st Century Wire also reports that many mainstream media outlets (AFP, RT, Reuters, ITV, Sky News, AP, Fox News and Sputnik) have been claiming that a Syrian passport was magically found at one of the scenes of the Paris attacks, either on or near the shooter’s body. Remember the terrorist passport on 9/11 that somehow managed to survive heat and fire that could supposedly burn steel, and landed unscathed on the streets below? Remember too the “lost ID” of one of the terrorists in the Charlie Hebdo get-away car? The false flag script is showing signs of predictability …

It turns out that some of the terrorists were already known to French security agencies, as the Daily Mail reports:

“French police are hunting 26-year-old Salah Abdeslam, from Brussels, who is accused of renting a Volkswagen Polo used by the suicide bombers who killed 89 people at the Bataclan music venue on Friday. It emerged on Sunday night that French detectives questioned Abdeslam as he crossed the Belgian border and let him go after he showed them his ID card. Detectives soon realised heir blunder when they discovered that Abdeslam had rented a hire car abandoned near the scene of the massacre inside the Bataclan theatre.”

One the hallmarks of a false flag operation is the way it is “allowed” to happen. People in high places have the power to direct, control and call off people in lower positions in accordance with the overall plan. Were certain known terrorists allowed to gain entry to France? 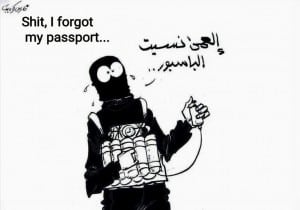 As Brandon Turbeville reported, one of the Paris shooters just blurted out “I am from ISIS”, giving us a short and concise soundbite which tells us everything we need to know about the killers. (In an apparently separate incident, a man was found to have entirely invented a story about being injured by Daesh/ISIS, when he was along and injured himself).

Is it just a coincidence that the Israeli Mossad intelligence front SITE (which have been busted before releasing “ISIS” material that was actually generated by Israel) were the ones to let us all know that ISIS is claiming reponsibility for the job?

And, if it really is ISIS, we know what this means: the controllers are now using ISIS in Western nations to further their goals. Bernie Suarez puts it best:

“Realize that as soon as they suggested that the attackers claimed they were killing “for ISIS”, given what we all know about ISIS, this constitutes 100% proof that the CIA and the West was involved because they are the ones who created, trained, funded and run ISIS. Realize that exposing and destroying ISIS is exactly synonymous with destroying and exposing the new world order, which is why ISIS will never die. Yes, ISIS is now the lifeline of the new world order!

CIA’s ISIS is now the driving force of the new world order and no one should be surprised that as soon as U.S. special forces “advisers” were sent to Syria and the CIA’s counter strategy against Russia began recently, now we have this attack.”

Conveniently, we are also told in reports that one or some of the shooters screamed, “This is for Syria!”, meaning they were killing innocent French people because of France’s involvement in aggressively attacking Syria, alongside the US, Britain, Israel, Turkey and other Gulf states. If the shooters really are from ISIS, why not attack Russia, since Russia has been actively bombing and obliterating ISIS stations? Russia has done far, far more to destroy ISIS than France ever has. Why not a Moscow shooting instead of a Paris shooting? However, that’s a question the mainstream media would prefer you don’t ask or consider. 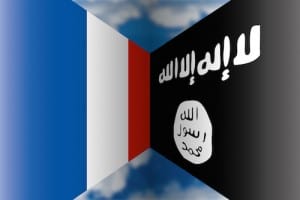 Paris Shooting: looks like the NWO manipulators are about to get a whole lot more mileage out of their favorite terrorist friends, ISIS …

Another highly strange coincidence with this Paris attack was that it occurred right before G20 conference which began on November 15th in Turkey. As the NY Times noted:

“The official economic agenda in Turkey and Asia was already likely to be overshadowed by a series of intense meetings between Mr. Obama and his counterparts about the Syrian civil war, the refugee crisis in Europe, disputes with President Vladimir V. Putin of Russia and ongoing tensions in the South China Sea. But the Paris attacks are certain to push even those topics to the side, at least temporarily, as world leaders confront the scale of the terrorist attacks in the French capital. The leaders will grapple with the rising threat of the Islamic State.”

Now those behind the attacks – the same NWO manipulators who are behind ISIS – will have the chance to push their “anti-terrorism” agenda onto other nations and leaders at the summit. Since the war on terror itself is a gigantic fraud, any anti-terrorism agenda will by definition also be fraudulent, and a cover to centralize power and control.

This Paris attack, the 2nd one in 2015, has occurred just 17 days before COP 21 – the upcoming Paris Climate Change Conference scheduled to begin on November 30th. COP 21 already has the horrifically ambitious goal of trying to craft legally binding, universal climate change laws for the whole world. You can imagine the kind of protests and resistance that such a plan will be met with, since it is a forerunner to a worldwide carbon tax, a World Court and a One World Government. Now, the French Government will have the perfect pretext to increase surveillance and military presence in Paris right before the event and quash any protests on the grounds of “maintaining security”.

The fact that another highly suspect shooting already occurred earlier this year in Paris is yet another mysterious coincidence to this November 2015 Paris attack. Many researchers have done a great job compiling evidence that Charlie Hebdo was a false flag attack (see here).

As noted in the earlier article Paris Attack November 2015: Question Everything, the numerology of the event is strange. Perhaps it is just a coincidence, but the date of 11/13/15 – as it is written in American English – is numerologically significant, as is the fact the Paris shooting took place on Friday 13th (with the number 13 being a very significant number for the Illuminati, Freemasons and other secret society initiates). According to Vigilant Citizen, it was possibly foreshadowed on the cover of the Economist earlier this year.

There is a long list of beneficaries who stand to gain something from this horrendous Paris attack, such as the French Government, G20, Islamophobes, Zionist Israel and the New World Order manipulators. In addition to these, there are international and geopolitical ramifications to this. French militarists and NATO who have been wanting to attack Syria will now have the perfect excuse to increase their military presence there, on the heels of sending their only aircraft carrier (the Charles de Gaulle) to Syria – which is leaving Toulon on November 18 for the Persian Gulf.

Look closely at what will be rolled out in France and elsewhere in the coming days and weeks. Chances are high the elite will use this Paris shooting – which has all the appearances of a manufactured crisis and a false flag operation – to further the New World Order agenda.

Is ISIS Now The Lifeline Of The New World Order?

15 Signs The Charlie Hebdo Attack Was A False Flag

Were the Paris Attacks Predicted on the January Cover of The Economist?