Pineal Gland Activation: The Way to Reclaim Your Superpowers

Pineal Gland Activation: The Way to Reclaim Your Superpowers 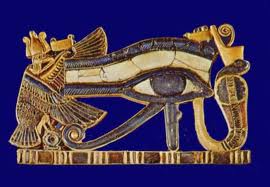 Pineal gland activation will be part of us stepping into our full power. Esoteric traditions have long known this, which may explain why the Egyptian Mystery School focuses on the above symbol, the “Eye of Horus” or 3rd eye.

and reclaiming our superhuman abilities. Since the culmination of the Mayan Calendar on December 21st, 2012, many have been wondering what the future will hold. Will the NWO (New World Order) advance and things become even more dictatorial? Or will humanity push back against the tyranny and reclaim its power? Many are aware of the important concept that “energy flows where attention goes“. If we are to restore peace and freedom to the world, we need to focus on what we want to create in 2013 and beyond (not just resisting the current system). Creation is more powerful than resistance. Creating a new system to make the old one obsolete is far more powerful than just fighting against it.

The Activation of the Pineal Gland

This is where the activation of the pineal gland comes in. The French philosopher and mathematician Rene Descartes described the pineal gland as the “seat of the soul”. Mystics have referred to its power; Jesus (despite the fact his life and words were twisted by the Catholic Church) was almost certainly referring to it when he said in Matthew 6:22 that “if thine eye be single, thy whole body shall be full of light.” The pineal gland is also known as the 3rd eye, as can be seen in the picture above, due to its incredible resemblance to an eye.

The Shrinking of the Pineal Gland

Unfortunately, for most of us, the pineal gland has shrunk, atrophied and become deactivated – mostly due to the NWO conspiracy to dumb down the population and strip them of knowledge and power, thus making them more controllable. This has been largely achieved through the introduction of fluoride into the drinking water, which despite the deceptive propaganda, does not help teeth and actually accumulates in the pineal gland, contributing to its calcification. The other culprit is calcium supplementation, which basically consists of ground-up fossils or bones converted into powdered capsules. This kind of calcium is toxic for the body (it comes from dead matter not living plants) and also leads to calcification, which natural health expert and nutritionalist David Wolfe considers the forerunner and the ultimate cause of death in the human body in every case without exception. 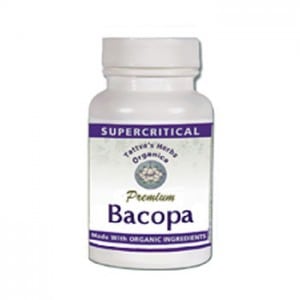 Bacopa is a time-tested, revered herb in the Ayurvedic tradition. It can help with pineal gland activation by expanding your consciousness.

However, the good news is that the calcification of the pineal gland is reversible. Nascent Iodine is an incredible supplement, safe to take daily, which will boost your overall iodine levels (99% of Americans are iodine deficient) and is one of the few substances around which can decalcify the body, including the pineal gland. Liquid Zeolite is another substance that decalcifies the body. However, if you are serious about pineal gland activation, you may also want to try Bacopa, an Ayurvedic herb revered for its ability to boost mental powers and open the 3rd eye. Other times-tested herbs such as gingko and ginseng are both potent plants which stimulate the mind and are available in the Organic Brain Support. If you really want to expand your consciousness, you can get 3 of them together in this package.

Also, check out this list of herbs which boost psychic powers.

Pineal Gland Activation through Other Means

Pineal gland activation can also be done through spiritual exercises. Drunvalo Melchizedek (School of Remembering) is one who teaches techniques that allow us to reactivate it and use it to create the life experience we want. By centering ourselves in our hearts (not heads), we return to our true source of power, and from there, can use the pineal gland to manifest reality. The activation of the pineal gland is a sure step on the way to us reclaiming our true birthright and inherent divinity.