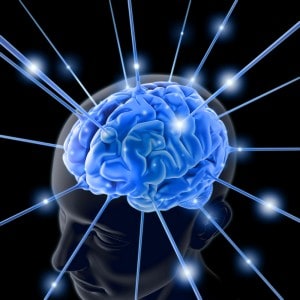 The Michael Jackson mind control story was a sad case of the manipulation and the ultimate killing of a talented and kind-hearted man.

was perhaps exposed most clearly when, in the above video, Jackson claimed he was a “slave to the rhythm” during an interview on the Oprah show. Mysteriously enough, right after he said that, a high-pitched alarm goes off in the studio, causing Oprah to temporarily stop the interview and go to a break, after which she was able to resume conversation on a less “dangerous” subject. To those with untrained eyes this may seem like sheer coincidence, but to those who know how much the Hollywood music and entertainment industries are infected with mind control, this is no surprise.

Slave to the Rhythm = Mind Control

Mind control is the ability of someone, normally called a “handler”, to control another’s mind and thus actions through the remote transmission of thoughts and commands. Children from military and bloodline families, as well as those in the music and entertainment industries, are common targets for violent and sexually traumatic mind control techniques – Jackson had stated elsewhere that he was abused, hit and beaten by his father as a child. Modern day mind control has its roots in Nazism; many top Nazi scientists were smuggled out of Germany by the US at the end of WWII so their knowledge could be further militarized and used to make the US into the preeminent global superpower. High-ranking Nazi Dr. Joseph Mengele was secretly escorted to the US after WWII through Project Paperclip and became the main developer of the trauma-based Monarch Project and the CIA’s MK Ultra mind control programs. Mind control techniques have advanced considerably since that time, especially with the advent of widespread microchipping and cell phone towers.

Mind Control is Rife Throughout Hollywood, and Behind Lone Nutter Assassins

Many mind controlled victims display bizarre behavior, exhibit self-mutilating tendencies and end up getting killed or “suicided”. Numerous famous assassinations (e.g. JFK, MLK, John Lennon, etc.) have been carried out by mind control slaves or victims who were programmed to kill but who were portrayed by the controlled mainstream media as “lone nutters”. Fritz Springmeier is a long-time mind control researcher whose book “The Illuminati Formula Used to Create an Undetectable Total Mind Controlled Slave” are worth studying. Springmeier has said in interviews that the Michael Jackson mind control case was one of the most obvious of any Hollywood celebrity. If you want to learn more about the subject, listen to the testimonies of Cathy O’Brien, Brice Taylor and Arizona Wilder, 3 brave women who managed to break their “programming” and escape alive.

Previous Article
Pineal Gland Activation: The Way to Reclaim Your Superpowers
Next Article
Cause of Cancer Explained? Widespread Monkey Virus SV-40 From Old Polio Vaccines Could Be One of the Factors