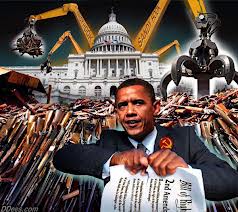 The Sandy Hook conspiracy just got deeper, with reports that a mock shooting drill (military exercise) suspiciously took place nearby at the same time – just like drills occurred on 9/11 and 7/7

as more and more information comes to light. The Intel Hub recently reported that a shooting drill – a “government-funded mock emergency drill” – was taking place at a nearby location at the exact time of the Sandy Hook mass shooting. The existence of this active shooter drill so close in time and location to the actual shooting is more than just suspicious; it’s a telltale sign that Sandy Hook was a conspiracy planned well in advance. We have already established evidence of Sandy Hook foreknowledge, and by now there are too many anomalies to adequately explain away the Sandy Hook conspiracy.

“The easiest way to carry out a false flag attack is by setting up a military exercise that simulates the very attack you want to carry out,” said Captain Eric H. May, a former U.S. Army military intelligence officer. For those unaware of the history of government-staged false flag events, there is a certain pattern to them, including the selection of a scapegoat or patsy to blame it on (e.g. Harvey Lee Oswald or Osama Bin Laden) as well as the existence of a mock drill for the same kind of event, at the same time, in a nearby location. This was the case with false flag events such as 9/11 and the 7/7 London bombings. The purpose of the drill is to divert the attention and resources of police and other aspects of law enforcement away from the actual scene of the crime, as well as to cause confusion. Think about it: if there is a drill going on to prevent a terrorist attack or mass shooting, and then suddenly a real one starts occurring, wouldn’t you be confused? You wouldn’t know which one was real, or you may think that both were drills. This is a video of the man in charge of the London 7/7 drill publicly admitting its existence.

The Sandy Hook conspiracy was clearly planned well in advance, which the shooting drill only serves to confirm. We are facing a NWO (New World Order) agenda being ruthlessly carried out with no empathy, compassion or care for fellow humans. The calculated sacrifice of young children was planned to put people into states of fear, grief and terror, where they can be more easily manipulated and where the gun control agenda can more easily be pushed through. Don’t be fooled by the Sandy Hook shooting drill; it’s a sure sign the event was staged.

Previous Article
Antibiotics Overuse Could End in Disaster
Next Article
Pineal Gland Activation: The Way to Reclaim Your Superpowers