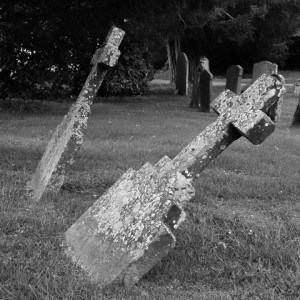 Vatican scandals never end. Vatileaks is the latest. How many until the Church falls under the weight of its own hypocrisy?

The latest one to be exposed to the light of day has been dubbed “Vatileaks”, and this time, the butler did it. Yes, believe it or not, even the Pope’s personal butler Paolo Gabriele is so disgusted by the backstabbing, intrigue and internal power play among the Catholic Church hierarchy – especially by the cardinals as they jostle for position and ready themselves to grab power as the Pope weakens – that he decided to risk everything by leaking classified Vatican documents to the press.

There are at least 3 schemes which have been uncovered. The first is the plan to undermine Cardinal Tarcisio Bertone, the Vatican secretary of state and Pope Benedict XVI’s top deputy. The second is the struggle over the Church’s money. The Vatican is essentially a tax haven. Even though Catholic priests take a vow of poverty, the Vatican is a $6 billion empire. At the heart of the corruption is the Vatican bank, known as the Institute for Works of Religion, or IOR, which is still failing to meet basic requirements for transparency set by other European and world banks. The third is the plot by Italian cardinals to gain more influence when it comes to choosing Ratzinger’s successor. Like any power struggle, key people are leaking information to the press to discredit their rivals.

Vatileaks is only the latest chapter in a long history of Vatican scandals. In 1978, the evidence strongly suggests that Luciani Albini, Pope John Paul I, was assassinated by a network of Masons, Mafia and money launderers who had penetrated the Catholic Church at the highest levels and like to use “33” in their signature killings (Albini’s reign was 33 days). In 1982, Roberto Calvi (who was called “God’s Banker” for his close ties to the Vatican) was discovered hanging from London’s Blackfriars Bridge. The murder remains officially unsolved. Another Vatican scandal of epic proportions is the Catholic Church’s child trafficking, which took place in numerous countries and involved the kidnapping and trafficking of hundreds of thousands of children.

Vatican scandals are nothing new. The Catholic Church can’t even get its own house in order, so has little right to morally instruct billions of people. Maybe Vatileaks can shake things up enough so there is some serious change.

Previous Article
9/11 Inside Job: The Jet Fuel Cover Story
Next Article
The US Defense Budget: A Bottomless Pit