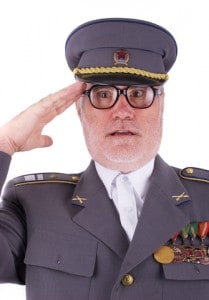 Unquestioning obedience to authority allows tyranny to thrive, because instead of applying common sense and critical thinking, people get submissive and do what they’re told without thinking.

and blind trust in government, is not a virtue. It’s what has gotten us into the big mess we’re in. People blindly follow figures of authority without bothering to apply common sense or critical thinking to the words of their leaders. Most people have an implicit trust for people in power and in uniform. They have an implicit trust in bankers, lawyers, scientists and doctors, because, as has been drummed into us, these are prestiged professions. Now, there are many honorable people in these professions, but there are also many power hungry control freaks, sociopaths, liars and psychopaths too, because that kind of personality gravitates towards power – and that is precisely what makes a worldwide scheme of tyranny such as the New World Order so possible. If you are not streetwise, your unquestioning obedience can easily be exploited to serve the global conspiracy.

The Psychology of Authority

In the above video clip, we learn about an experiment which was repeated all over the world with people from different walks of life. It was replicated over and over, yet the results were the same. The experimenters consistently found that around 50-65% of people blindly followed and obeyed instruction from a figure in a uniform, a figure of perceived authority, even if that figure was asking them to inflict harm on another.

That means people went against their own moral code and sense of ethics to wilfully and willingly injure another person, all just to follow orders!

What percentage of people would obey if they were ordered to commit murder? The answer might surprise you. When we see uniforms and badges, hear an authoritative, confident voice, or perceive that someone is part of a larger institution (e.g. the Government, a big corporation, or is a banker, lawyer, scientist, doctor, etc.), we tend to not engage in critical thinking. We tend not to challenge. We tend to become more submissive and pliable, and for some reason (see below), give them our unquestioning obedience.

Humanity as a collective decided at the Nuremberg trials after WWII that “just following orders” was no excuse, and that a soldier who decided to kill someone shared part of the guilt and responsibility for his actions as the commander above him.

This is why the Illuminati and other secret societies that run the NWO love their uniforms, medals, cloaks, frocks, gowns, badges, hats and other adornments. It’s all about image. It’s all about controlling perception. When you are addicted to power, it’s all about gaining the upper hand and getting the other person to submit to your will. Flashy adornments can cause a person to go from beta brainwaves (everyday consciousness, business mode) to alpha brainwaves (relaxed, more submissive mode).

It’s a form of mind control.

Yet, when you come to the table without any preconceptions, and you look at things squarely without any misplaced reverence, you see that none of these professions deserve your undying allegiance, and certainly not your unquestioning obedience.

Respect and trust must be earned. They are not to be given up automatically – unless you want to be controlled or deceived.

Why Such Unquestioning Obedience?

Why would we give the Government our unquestioning obedience, when upon closer inspection, it lies, cheats steals and is the leading cause of death in the 20th century (democide)?

Why would we give bankers our unquestioning obedience, when upon closer inspection, they have a monopoly on money creation, lend out money that didn’t exist before (and still collect interest on it), produce nothing yet slowly suck all of the capital out of society and into their coffers, as well as fund both sides of world wars to get richer off death and destruction?

Why would we give lawyers our unquestioning obedience, when upon closer inspection, they take an oath to Crown and court above their client’s interest, and refuse to truly represent people’s interest, by hiding the fact that common law jurisdiction exists and would exonerate many people of victimless crimes?

Why would we give scientists our unquestioning obedience, when upon closer inspection, many are paid by the corporatocracy to deliver certain findings such as that vaccines, fluoride, GMOs, smart meters and cell phones are safe, despite independent evidence to the contrary? When they push corporate-funded junk science onto the public so advance their careers?

Why would we give doctors our unquestioning obedience, when upon closer inspection, many promote chemotherapy, vaccines, radiation, fluoride and Big Pharma drugs, all of which are poisonous and will eventually kill you in large enough doses? Remember the ad series when doctors promoted Camel cigarettes? If doctors could be convinced (or bought off) to promote carcinogens like tobacco back then, how do we know anything has changed?

There is a time and place for following directions and orders – but humanity as a whole has swung way out of balance and is letting the worst, most selfish and most manipulative people tell them what to do. 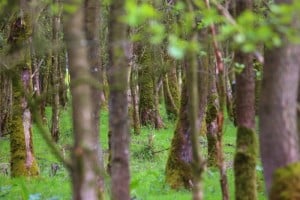 With unquestioning obedience and a reluctance to think critically or see the bigger picture, you can’t see the wood for the trees.

Some People are So Enamored of Authority, They Can’t See the Wood for the Trees

One of the main reasons deception and tyranny are thriving so much right now is that people can’t see the conspiracy even though it’s right in their face. It’s shocking, and it really makes you wonder, but how much worse do things have to get before more people wake up?

The mainstream media gives people whopping lies and they swallow it whole, without asking for any evidence! Zionist-controlled institutions like the BBC (Biased & Blatantly Corrupt) spew out Zionist propaganda and minimize Palestinian suffering, yet many think its “fair” and “balanced”.

Yet whenever someone in the alternative media speaks the truth, immediately they are bombarded with “where’s your proof”? Fair enough, but why aren’t the same standards applied to the liars in Government and the mainstream media?

Orwell would be utterly horrified if he were alive.

We’ve got the full surveillance state (NSA spying on everyone), we’ve got endless war (the US and allies starting wars where ever they want on trumped up evidence), we’ve got legally sanctioned indefinite detention and torture (Guantanamo among many examples); yet, still, some people deny the existence of any conspiracy!

You can show some people concrete evidence that the Government is lying, and still, they will find a way to deny or rationalize away the facts, even if the proof is right in front of their nose.

It’s cognitive dissonance. Once people have decided the Government is the good guy and out to protect us, they will defend it tooth and nail, and give it their unquestioning obedience – the very thing that is working to enslave them!

There is no doubt that it is challenging, painful and difficult to accept the shocking truth that we are being lied to and manipulated on a grand scale, but for the truthseeker, it will always be essential, no matter how painful, to know the truth rather than live in comfortable denial.

For those who choose to live in denial, their days are numbered. There will a come a point (which is unfortunately rapidly approaching) where denial will no longer be a luxury they can afford. The conspiracy will come knocking on their door, and the horrible truth of what is going on in the world will dawn on them. My only hope is that they wake up before it’s too late, before they get ripped off, hurt, shafted or killed by the system they had been defending all these years.

Ignorance is a choice – especially in this day and age. For some people, it’s going to be a very rude awakening.

Previous Article
9/11 Anniversary #12: Top 12 Loopholes in the Official Narrative
Next Article
False Dichotomy: “There is no such thing as consciousness” Science vs. “God will judge and punish you” Religion