False Dichotomy: “There is no such thing as consciousness” Science vs. “God will judge and punish you” Religion

False Dichotomy: “There is no such thing as consciousness” Science vs. “God will judge and punish you” Religion 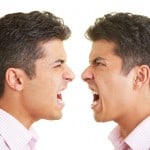 Mainstream science and religion are two limiting beliefs yelling at each other. We do not have to limit ourselves to the false dichotomy. There are other options!

has confused many people and left them limited in their outlooks – often for life. In the West we are presented with a massive false dichotomy between science and religion. On the one hand, we are told by mainstream science that this world is all there is, that we are just biological robots and the universe can be explained mechanically or mechanistically. One of the high priests of science, physicist Stephen Hawking, has said as much in his books.

On the other hand, we are presented with organized religion, often with Christianity or Judaism in the West, which both tell stories of a judgmental and punishing God, of the existence of “Heaven” and “Hell”, and of the possibility of us ending up in “Hell” if we do something God disapproves of. Yet these very same religions supposedly say that we also have free will! 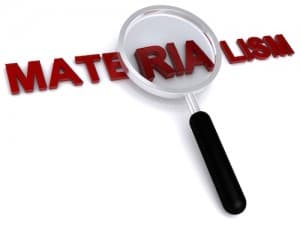 Mainstream science is severely limited by materialistic thinking which refuses to acknowledge consciousness.

One side of the False Dichotomy: Consciousness-Denying Mainstream Science

The desire to rationally prove and measure everything has become such an obsession to mainstream science that it has denied the very thing that animates the universe, plants, animals, humans and all Life, including these scientists themselves: consciousness. We are consciousness itself, embodied in a unique form. Consciousness permeates everything. Every part of the cosmos is alive; every atom moves and spins, even atoms composing rocks, tables or planets, which means even these objects are alive to some degree.

But because consciousness is pure energy and can’t be easily defined or measured, mainstream science refuses to deal with it. It’s easier for mainstream science to just pretend consciousness doesn’t exist than to try to factor it into its equations. However, that refusal forms the basis and premise of all its knowledge, and if a house is built on a shaky foundation, you can’t really trust any of the higher floors.

Of course, there are scientists out there who refuse to adhere to the strict, limited, materialistic dogma of mainstream science. Many free thinkers are investigating paranormal phenomena and discovering that indeed the world cannot be explained in purely reductionist or materialist terms. The militaries of many advanced nations have already been using the existence of phenomena such as telekinesis, telepathy, remote viewing, time travel and other paranormal phenomena to gain a tactical advantage for their country. And, sometimes hardened “rational” materialists get a rude awakening when they are suddenly confronted with the reality of consciousness. A great example is the case of Dr. Eben Alexander, who wrote Proof of Heaven after his NDE (Near Death Experience), and who never believed in consciousness before this despite being a neurosurgeon.

However, it’s easier for elite NWO social engineers to control people if they can convince the masses that there is no afterlife and no spiritual dimension to life (just look at Marxism or Communism, which promotes “the State” as more important than the family or nation, and encourages atheism for this purpose too). Mainstream science has definitely served a purpose for communist tyrants – and continues do to so. 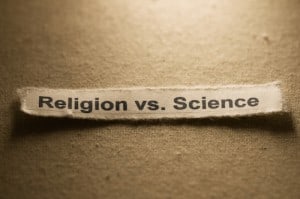 Religion vs Science is a false dichotomy. Both can limit you. You don’t have to only choose between them.

The Other Side of the False Dichotomy: Dogma-Ridden Mainstream Religion

On the other hand, for those who feel more in touch with their spirituality, soul and inherent conscious will, we are given a different choice in the false dichotomy: organized religion. Although organized religions such as Christianity, Judaism and Islam contain certain truths, they have overlayed so much falsehood and limitation into their teachings, especially in the form of guilt and fear. This makes them another pitfall for the truthseeker and free thinker. There’s no point exchanging one set of limiting beliefs for another – just look at this list of The Top 10 Most Restrictive, False and Dangerous Religious Beliefs.

One of the biggest limitations of mainstream religion is its insistence that you are separate from God. You are not. You are God. We are all God. God is the sum total of All That Is, and you are a part of that. How could you not be? Every single human is divine, as is every single thing in existence. It is made of God-stuff.

Yet mainstream religion would have you believe that you have free will, but if you make mistakes and “displease God”, you’ll end being punished. This clearly makes no sense. If you have free will but some choices are punishable, how free are you really? If someone has a gun to your head and says that you’re free to walk up the road or the mountain, but he’ll shoot you if you go up the road, what choice do you really have? That’s not free will.

Unsurprisingly, theologians have been unable to satisfactorily resolve these inherent contradictions that lie within the twisted Christian doctrine, and as a result have lost many intelligent, spiritual people willing to think for themselves.

And just like would-be tyrants have used mainstream science and atheism to their advantage, so too have they exploited religion to control others. Just look at all the wars fought in the name of religion.

Move Beyond the False Dichotomy

Luckily, you don’t have to choose the only 2 choices you are given in a false dichotomy. There are countless other belief systems, many of which are not so limiting. Open your mind! See the truth and falsity in each belief system, and take with you only what really serves you, what you truly resonate with and what you genuinely believe to be true through your life experience.

Previous Article
Unquestioning Obedience to Authority Allows Tyranny to Thrive
Next Article
Obamacare: Collectivist Medicine at the Point of a Gun