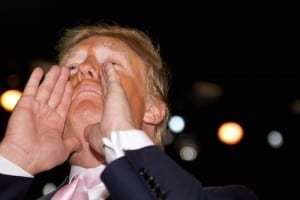 Trump has gone off the deep end this time, calling for 2 shutdowns: he wants no Muslims to enter US, and an internet closure to supposedly fight terrorism.

Donald Trump has been at the top

of the ratings in the race to become the Republican candidate for US President. It has been fascinating to watch Trump’s incredibly unconventional campaign and how, despite putting his foot in his mouth so often and offending the hell out of a lot of people, Trump has managed to become so popular. Although many admire aspects of his character such as his brash, frank and open way of speaking without a script or teleprompter, and see him as a refreshing change to the standard robotic PC (politically correct) politician who is too scared to offend anyone, Trump appears to have gone off the deep end with recent comments. In the last couple of days, Trump has called for 2 shutdowns: firstly, preventing any Muslim from entering the US (“a total and complete shutdown of Muslims entering the United States” according to Trump’s press release) and secondly, advocating the closing down of the internet to supposedly stop the spread of radical Islamic terrorism (“closing that Internet up in some ways” according to this source).

Has Trump Gone Too Far in a Slide Towards Demagoguery?

Trump is a mixed bag, but he has gone too far this time. The reported reactions to his suggestion of halting all Muslim immigration to the States ranged from outrage to speechlessness. Trump is playing the politics of race and immigration, and anytime a candidate plays that game, even if their intentions are pure, they will attract in part a racist and xenophobic following. The problem with playing the politics of race is that it opens up the possibility for a demagogue to seize power, by preying on people’s fears of other nations, races and religions. Knowingly or not, Trump is exploiting people’s ignorance about Islam, terrorism, ISIS and the string of false flag mass shootings to boost his own political chances. Besides, gross generalizations can never be true. How can you possibly make blanket statements about an estimated 1.62 billion Muslims?

If Trump wants to “make America great again”, how about looking back to some of America’s great leaders, like Martin Luther King, who said he dreamed of a place where people were judged “not by the color of their skin, but by the content of their character”? How can a nation ever be great if it can’t pull itself out of xenophobia? 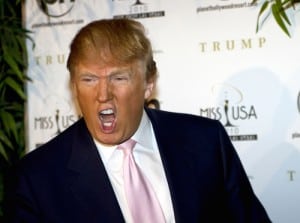 Trump: mouthing off again. He has come out with some good stuff, but this time he’s gone off the deep end.

Trump is pretty well-informed in some key areas. He has spoken out against some corrupt cartels and industries. For example, he has voiced his belief in a possible vaccine-autism connection; he has publicly cast doubt on the official 9/11 story; he has spoken out against GMOs (his joke in Iowa about “too much Monsanto in the corn”) by revealing that his entire family eats organic food; he has stated his contempt for the idea of manmade global warming or AGW (being pushed right now at the UN COP21 in Paris); he has told the Zionists at the Jewish Lobbies that he doesn’t need their money and that they need to sacrifice certain things to achieve peace in the Middle East; and he has advocated letting Russia fight against ISIS (rather than fiddling about pretending to fight ISIS but secretly funding them as is the current US foreign policy).

This is quite an impressive list for a US presidential candidate. It is saddening to see, therefore, that that Trump is so badly misinformed when it comes to radical Islamic terrorism – even though he likes to talk about it a lot, and bases so much of his campaign around it. He was wrong when he said Muslims cheered on 9/11 as the WTC got hit; it was actually Jewish Israelis (Mossad). As I pointed out in the article “Oh, Dear: Alternative Media Falling for Islamophobia Propaganda Too?”, people have many misconceptions around the issue. To repeat, here are some key facts:

1. Terrorism is the new faceless enemy the NWO manipulators have created to advance their aims, and the war on terror is fraudulent;

2. Islamic terrorism in general does not represent Islam or the majority of Muslims;

3. ISIS in particular does not represent Islam or the majority of Muslims;

4. ISIS has been funded and created by the CIA and Mossad, who still control it to this day;

5. The Mass Migration to Europe is being orchestrated by forces using Muslims as fodder in a larger geopolitical game;

6. The specter of ISIS (whether real or not) will continue to be used in false flag mass shootings in the US to terrorize the average American who is incapable of seeing through the propaganda of Islamophobia;

7. ISIS is the servant of the New World Order, and will be continue be used both for domestic purposes (frightening and terrorizing people, gun control, justification to impose draconian regulations) and foreign purposes (igniting WW3 [UN just declared a war against ISIS, despite the fact they are not an official country]).

With all the money and resources at his disposal, why doesn’t Trump know all this? If he does, why is he advocating ridiculous ideas like banning all Muslims from entering the US, when the massive, overwhelming majority have nothing to do with terrorism?

[UPDATE 12/15/15: Trump has insinuated that Israel funds ISIS. Good – but is he putting 2 and 2 together, or will he continue down his Muslim-hating path?] 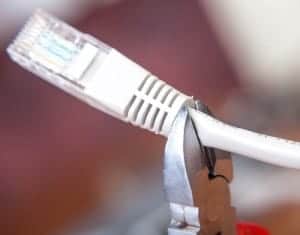 Trump’s 2nd shutdown is his crazy idea to shut down the internet to supposedly “fight Islamic terrorism”.

Trump thinks radical Islamic terrorism is such a big problem he wants to shut down the internet! According to Trump, the very existence of the internet and the free flow of information is facilitating the recruitment of new people by ISIS and other terrorists. Trump said:

“The press has to be responsible; they’re not being responsible. We’re losing a lot of people because of the Internet. We have to see Bill Gates and a lot of different people who really understand what’s happening and maybe, in some ways, closing that Internet up in some ways.

So because ISIS may (or may not) be using the web to get new recruits, Trump wants to shut down the entire internet in the name of national security? No matter whether this is malicious or imbecilic, is this kind of thinking anything other than tyrannical? 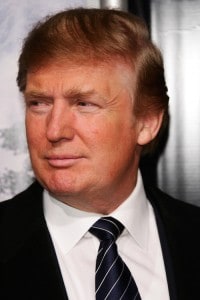 Would Trump be a true representative of the average American?

Is Trump Really a Good Candidate for Truth and Freedom?

Trump has gotten a lot of good exposure in the alternative media, but we have to ask, is “The Donald” really a candidate that would serve the Truth Movement and Freedom Movement? Would he really promote a freer, fairer and more peaceful society? After all, Trump is a litigious, capitalistic billionaire who has became extremely wealthy by cutting clever deals in the business world, as well as on the back of ripping some people off (see the film Trump tried to sue out of existence, What’s The Deal?, for the background on Trump’s business deals. This film exposes the darker side of his hard-nosed business dealings and how he has controlled politicians for decades. In one example, Trump hired a guy called William Kaszycki for demolition, who in turn hired illegal immigrants [the very people Trump speaks against] to handle asbestos and live wires, which was against the law. Apparently these workers never got paid.).

It is harder to imagine a person more disconnected from the struggle and life of an ordinary American than Donald J. Trump, so I don’t know how he can claim he would represent the average person. I suspect his politics of xenophobia and racism are going to backfire at some point, but time will tell.

Trump Says He Saw Muslims Celebrating On 9/11 — But He Was Wrong, It Was Israeli Mossad Agents