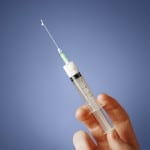 US courts have ruled that vaccines cause autism. In 3 separate cases defendants were given big payouts for vaccine-induced autism & brain damage.

Vaccines cause autism according to several courts

around the world. I had earlier reported that an Italian court had ruled that vaccines cause autism, but there have also been US courts that have done the same. On at least 3 occasions, the United States Court of Federal Claims found that the defendants’ encephalitis or encephalopathy (brain damage) was caused by MMR vaccines. The payouts were big, averaging around US$1 – $1.5 million. However, no matter how much money Big Pharma corporations throw at this problem, it’s not going away – there will be many more cases to come. Importantly, it can never make up for the intense pain and extreme suffering provably caused by their toxic vaccines.

You can examine the cases for yourself here (around Nov. 25th, 2015, these links were made inactive, so the Wayback Machine links are blow are one):

Vaccines Cause Autism as Proven in Court of Law – No Surprise

To those interested in natural health and wellbeing, and who have been following the controversy around vaccines, this is vindication, and perhaps a relief, but it’s hardly a surprise. Vaccines are medical quackery. It is absolutely ludicrous and absurd to believe that you can promote your health, boost your immunity and protect yourself against disease by injecting yourself with a chemical cocktail of dead or weakened animal proteins, antibiotics, egg protein, formaldehyde, aluminum, MSG and thimerosal or mercury. Yes, those are the ingredients that the CDC confesses are in its vaccines. Some also contain aborted fetuses, as you can find out in the movie Lethal Injection.

However, it’s all a money game to Big Pharma. They don’t care if they destroy some lives, as long as they make profit overall. As long as the cost of their bribes and payouts doesn’t exceed their earnings, they’ll keep going along on their merry way of destruction, raking in the profits and leaving brain-damaged and autistic people in their wake. They’ll hide behind fraudulent, corporate-funded science and pretend they’re really sad about the vaccine-caused injuries, but rationalize it away by saying, “We’re so sorry about the accidental deaths, but we’re saving more lives than we’re killing.” Even this rationalization is blatantly untrue, however, because of all the documented instances where vaccinated groups got the very disease they were vaccinated against (e.g. the New York mumps outbreak), while non-vaccinated groups didn’t, despite being equally exposed to the disease.

Refuse to Let Vaccines Cause Autism in your Child

Fortunately, we are not in such a medical or scientific dictatorship that vaccines are compulsory (although that is the future envisaged by the New World Order). You can legally refuse to have vaccinations. Remember, the only real way to boost your immunity is to change your diet to include super foods, immune-boosting medicinal mushrooms, tons of raw fruits, vegetables, nuts and seeds, as well as ensure you are getting adequate exercise, sunshine, sleep and relaxation in nature. Big Pharma concoctions, whether they be pills or vaccines, are only going to damage your body in the long run.