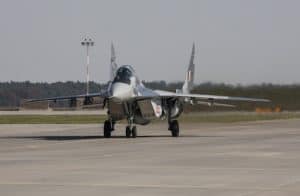 Be it a no fly zone, buffer zone, safe zone or humanitarian corridor, it’s deceptive propaganda designed to further the war agenda.

The No Fly Zone

issue comes up every now and again in regards to the war in Syria, and was recently proposed by Turkish President Recep Tayyip Erdogan. The no fly zone is a deceptive concept normally pushed by Western think tanks and used by NATO (military arm of the Anglo-American-Zionist NWO) as a way to further their war efforts – without appearing to be the aggressor. In fact, they frequently try to paint themselves as a reluctant savior of an oppressed people while actually invading a sovereign country. The no fly zone has many euphemistic synonyms such as buffer zone, safe zone, safe haven, humanitarian corridor and other innocent sounding terms. Often it is suggested as the only way to protect the invaded nation’s civilians from a horrible dictator (usually a duly elected leader who refuses to go along with US “national interests” [i.e. geopolitical ambitions] and let his or her nation be overtaken by NWO banks, corporations and military forces). However, despite their fuzzy sounding names, the creation of no fly zones by legal definition is an act of war, since they require the use of force to be developed and imposed. Naturally, they also contain the potential for escalation. We saw this happen in Libya right before the tragic assassination of Muammar Gaddafi, who had boosted Libya to prosperity. We have seen it proposed already many times in Syria since the foreign meddling escalated into a war in 2011. Clearly, it is a central part of the geopolitical psy op and NWO war strategy, and needs to be broadly understood so people don’t keep falling for it.

No Fly Zones: We’ve Been Through This Before …

The US, in league with the UN, has previously used a No Fly Zone in many of its wars in the last 2-3 decades. It used them in Iraq (both in 1991 and 2003), in Bosnia and Herzegovina (1993–1995) and of course in Libya (2011). The calls for a Syria No Fly Zone have been coming from various quarters for years also. US think tanks have promoted it, such as the FPI (Foreign Policy Initiative, a continuation of Zionist neocon PNAC) and the Brookings Institute, as well as many Western or Western-allied politicians and government officials such as Hillary Clinton, Obama, Trump, Erdogan, Nicholas Burns (US Undersecretary of State for Political Affairs from 2005 to 2008), James Jeffrey (US Ambassador to Iraq from 2010 to 2012), former UK PM Cameron, and numerous others. Clearly the No Fly Zone is a key part of modern warfare strategy, in an age where the NWO controllers have to find and feed different excuses to the public to justify their ongoing plans for war.

Why the Syria No Fly Zone when ISIS Has No Airforce?

The next obvious point to consider when you hear the likes of Erdogan, Obama and others calling for a no fly zone to fight ISIS (Daesh, ISIL, Islamic State) is this: why do we need one when ISIS has no airforce? If ISIS has no planes, exactly whose planes are you trying to ground? The answer to that can only be the planes of the official Syrian, Iranian and Russian Armies – in other words, the planes of the very nations the US is trying to dominate in line with the Wolfowitz doctrine. The No Fly Zone is a sneaky way not to fight ISIS but to protect ISIS, to give ISIS air cover so it can go about its disruptive, terroristic and murderous ways, to the delight of its US-Israeli creators. Remember, this has all happened before with Libya, as Tony Cartalucci writes:

These same Libyan freedom fighters or terrorists later become part of the “moderate rebels” and even joined ISIS!

The No Fly Zone tactic is part of a larger strategy to gradually overtake a country, but to do it in such short steps that no one notices, like the frog slowly getting boiled in the pot. It’s a trick many tyrants have used: push through an unpalatable agenda slowly, making each unpopular step short enough that it can be rhetorically defended, and hope that no one notices the bigger picture. Securing a No Fly Zone in a country requires a lot of personnel, technology, money and effort, as this DefenseOne.com article states:

“Enforcing a no-fly zone usually requires a large amount of military forces, including aircraft, the operators who fly them, and support personnel to protect and maintain them. Unless the no-fly zone is relatively small, it will take multiple flying units operating different kinds of aircraft. This includes air-to-air fighters that can intercept adversary aircraft. Specialized aircraft are also required for suppressing or destroying the enemy air defenses that could shoot our aircraft down … In addition to these forces, we need bases to house and protect them, infrastructure to support them, and secure logistics lines for the flow of supplies and people. In the past, the United States has typically used a combination of land bases and aircraft carriers to support no-fly zone operations. It’s good to have several bases from which to fly, as a runway problem or bad weather could close a base and halt the operation.”

A No Fly Zone is not a small endeavor. Given all of the above, it can be seen as just another step along the way to a full scale ground invasion. Remember, Russia was invited by the Syrian Government and Bashar Assad to be there; the US and friends were not. They are already there illegally, and a Syria No Fly Zone would be yet another way in which the US flagrantly ignores international law in the pursuit of hegemonic empire. 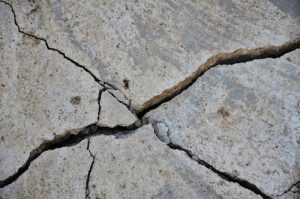 Divide and Rule: No Fly Zone a Precursor to Partitioning

The word “balkanization” has become an unfortunate addition to the English language, thanks to the strategy of US-NATO forces in the 1990s of splitting, separating and dividing the Slavic nations into smaller states, so they could more easily be conquered and controlled. Already there have been many calls for the same thing to occur in Syria, such as this one by Israel who proposed sectarian partitioning of Syria into smaller autonomous regions. This partitioning is divide and rule, plain and simple, and the No Fly Zone is often a precursor to such an event.

NGOs and No Fly Zones

It is important to remember that modern war is fought on many fronts, including the informational and psychological fronts. In my article NGOs: Choice Tool of Subversion for the New World Order, I discussed how NGOs are being used for subversion, particularly when you consider the George Soros connection. One of Soros’ NGOs is Avaaz, which called for a No Fly Zone over Libya exactly in alignment and conjunction with US-UK military operations which ultimately succeeded in overthrowing and replacing the Libyan Government. Look what Avaaz said about Libya:

If Qaddafi can’t dominate the air, he loses a key weapon in a war in which civilians are paying the heaviest price. Enforcing a no-fly zone involves risks, but if it’s done correctly … then it could prevent tremendous bloodshed.”

No evidence for their claims about Qaddafi, of course. It was pure propaganda and lies. Now look what it said about Syria:

“The Syrian air force just dropped chlorine gas bombs on children. Their little bodies gasped for air on hospital stretchers as medics held back tears, and watched as they suffocated to death. But today there is a chance to stop these barrel bomb murders with a targeted No Fly Zone. The US, Turkey, UK, France and others are right now seriously considering a safe zone in Northern Syria. Advisers close to President Obama support it, but he is worried he won’t have public support. That’s where we come in.

One humanitarian worker said ‘I wish the world could see what I have seen with my eyes. It breaks your heart forever.’ Let’s show that the world cares — sign to support a life-saving No Fly Zone.“

It’s all about playing on your emotions to entice you into outrage and into not evaluating the veracity of the words by asking who is really causing all of it. The manipulation is really quite sickening. A “Life-saving No Fly Zone” which further entrenches a military incursion? Talk about a Satanic inversion of the truth.

Beware of the No Fly Zone Scam

As always, be on the lookout for deceptive propaganda, especially surrounding war. More often than not, the no fly zone or humanitarian corridor is about as humanitarian as the Orwellian doublespeak term humanitarian intervention. This isn’t about saving lives or promoting freedom and democracy, no matter how many heart-pulling tear-jerking images they conjure of bloodied children’s faces. They don’t care about civilian deaths – they are causing civilian deaths! The same NWO controllers pushing for war are the same ones controlling the think tanks, politicians and NGOs pushing for no fly zones. Time to wake up to the scam.

Previous Article
Entire US Presidential Election is Fake, From Start to Finish
Next Article
These 3 Groups Are Responsible for 9/11 and the Fake ‘War on Terror’