The New World Order – Law of the Jungle

The New World Order – Law of the Jungle 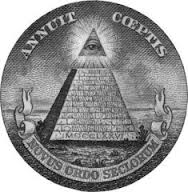 The United States seal on the back of the one dollar bill contains the phrase “Novus Ordo Seclorum”, which is Latin for “New World Order”

to rule the world by means of a centralized, hierarchical, fascist dictatorship. Whenever any of the NWO insiders speak, you need to carefully read between the lines. Often the real meaning (intended only for the initiated) is the diametric opposite of what is actually being said.

Take George H. W. Bush’s speech on the New World Order for instance. This is what he says: “We have before us the opportunity to forge for ourselves and for future generations a New World Order. A world where the rule of law – not the law of the jungle – governs the conduct of nations. When we are successful – and we will be – we have a real chance at this New World Order, an order in which a credible United Nations can use its peacekeeping role to fulfill the promise and vision of the UN’s founders.”

When George Bush senior talks about the rule of law vs. the law of the jungle, he actually means the exact opposite of what he says. The New World Order will not be some fair, just, consensual system where everyone gets a say and power is distributed evenly among members. It will be a top-down, militaristic, one-world government where a select few will wield incredible power over the many, gaining massive control over every aspect of the lives of billions of people. You can bet that same corrupt, thieving banksters and politicians that currently hold positions of power will be the very same ones vying to control the World Government. The law of the jungle is characterized by ruthless competition, where “might is right” and “dog eat dog”. Its the “survival of the fittest” theory put forth by Darwin and other eugenicists.

This is exactly the way daddy Bush operates. George H. W. Bush is a serial killer, rapist, pedophile and more; listen to the accounts of Cathy O’Brien, Bryce Taylor and others who were mind controlled sex slaves under his power. There is also powerful evidence that George Bush senior was deeply involved in the assassination of JFK.

In true Orwellian doublespeak, Bush senior also refers to the UN’s “peacekeeping” role. This is veiled language for a one world army. In the backwards, morally corrupt and upside down world of the New World Order, war is peace. Beware of the NWO; it is truly a wolf in sheep’s clothing.

Previous Article
Sovereignty: Every Generation Must Fight for Their Rights
Next Article
The Illuminati are Not Illuminated; The Elite are Not Elite