The Illuminati are Not Illuminated; The Elite are Not Elite

The Illuminati are Not Illuminated; The Elite are Not Elite 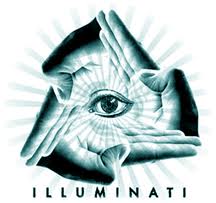 The Illuminati are not illuminated or enlightened, and neither are the elite really elite. They are a group of liars, thieves and control freaks ready to kill for power.

who are plotting a centralized world government in the form of a planetary-wide totalitarian dictatorship, with themselves at the helm as rulers and everyone else as servants or slaves. Originally, the word referred to the secretive Bavarian sect created by Adam Weishaupt in 1776 in southern Germany.

However, despite all their secretive symbols, occult signs and hidden plans, the Illuminati are not illuminated or enlightened; neither are the elite really elite, or the royals really royal. One definition for the word “illuminated” is “a person possessing, or claiming to possess, superior enlightenment.” So then we can ask, what is the definition of enlightenment? It can be defined as being “freed from ignorance and misinformation” or being “spiritually aware.”

This definition is the exact opposite of what we see in the so-called Illuminati or elite. In general, they are a group of power-hungry control freaks who will do anything to dominate those around them. They will deceive (cheat, lie, steal) and coerce (fight, force, attack) those who oppose and expose them. This is not the behavior of someone who is spiritually aware. If they were truly enlightened, they would understand that All is One; that we are one giant human organism made up of billions of individuated units called people, all connected. They would understand that whatever you do to your neighbor, you do to yourself – because you are your neighbor. If they were illuminated, they would not cause such devastating hurt and pain to those around them for a quick buck, because they would realize they are hurting themselves equally. Yet, sadly, they do not realize this, and wallow in the depths of ignorance. They are not “freed from ignorance”; they are more fully immersed in it than most.

It’s important not to give away your power to these people. They’re not your rulers. Neither are the elite really elite; they may have more money or worldly power, but being truly elite means having refined your character, not amassed possessions and power. The royals are not royal; they are just ordinary people who have deluded themselves into thinking they have the inherent “right to rule” over everyone else. The truth is that we are all created equal; no one has any inherent right to rule over anyone else. It’s all an illusion. I don’t care how blue your blood is or what bloodline you claim descent from.

If you want to truly be illuminated or enlightened, or if you want to be an Illuminati, an elite or a royal, try acting with love every time and caring for those around you, rather than judging and subjugating them. Now, didn’t someone else say that before the Catholic Church twisted his words?

Previous Article
The New World Order – Law of the Jungle
Next Article
Early Diagnosis: Does it Really Help, or is it a Big Pharma Money-Making Scam?