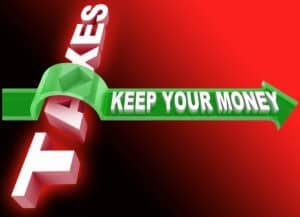 Income tax is voluntary in the US. It’s pretty much an open secret. Various IRS directors, commissioners and politicians have admitted it.

Income tax is voluntary in the US.

Don’t believe it? Then just listen to and read all the various quotes from IRS directors, commissioners and former agents, not to mention all the quotes from congressmen and women. The Federal Income Tax is voluntary. It’s a voluntary system that encourages, but does not mandatorily require, your participation. The IRS deliberately tries to deceive and confuse people with its overuse of the phrase voluntary compliance. This term voluntary compliance is a classic oxymoron or contradiction in terms. You don’t voluntarily comply to anything. You do something voluntarily; or you are forced to comply and to do something mandatory.

In the video clip above, we see not only former IRS director Steve Miller testifying in front of Congress that the Income Tax is voluntary, but we also see current congressman Xavier Becerra (D-CA) affirming it too. It’s an open secret. No one is really trying to hide the fact all that much – if you care to look. “We have to maintain the confidence in this system, because it’s a voluntary system of the payment of our taxes,” says Becerra. You could call it confidence, or you could call it blatant deception and fraud, depending on your perspective. Remember, none of the money unlawfully hoodwinked and extracted out of people by the IRS goes towards paying for essential services, as the Reagan-initiated 1984 Grace Commission concluded and reported.

The Federal Income Tax is about control, not getting money for essential governmental operations. It’s a class war. It’s about keeping the working class poor and under the heel of the rich.

Other Admissions That Income Tax is Voluntary

Former IRS commissioner, Margaret Milner Richardson, admitted that the public bashing of the IRS may “ultimately … may have some impact on our self-assessment system” (i.e. our voluntary system).

Former head of the Alcohol and Tobacco Tax Division of the IRS, Dwight Avis, said “Your income tax is 100% voluntary tax, and your liquor tax is 100% enforced tax. Now, the situation is as different as night and day …”.

Justice Hugo Black declared in United States v. Kahriger, 345 U.S. 22 (1953): “The United States has a system of taxation by confession.” Your tax return is your confession, and by filing one you cede your 5th Amendment right to not incriminate yourself.

“Our system of taxation is based upon voluntary assessment and payment, not upon distraint,” ruled the US Supreme Court in Flora v. United States, 362 U.S. 145, pg. 176. Distraint means seizure of property.

Knowledge is one thing; applying it practically is another. Tools for Freedom offers some tools to help you regain your sovereignty in the area of unjust taxation, should you decide to walk that path.

Previous Article
Conspiracy Quotes from Heads of State
Next Article
Are Parts of Organized Religion Satanic?