Conspiracy Quotes from Heads of State

Conspiracy Quotes from Heads of State 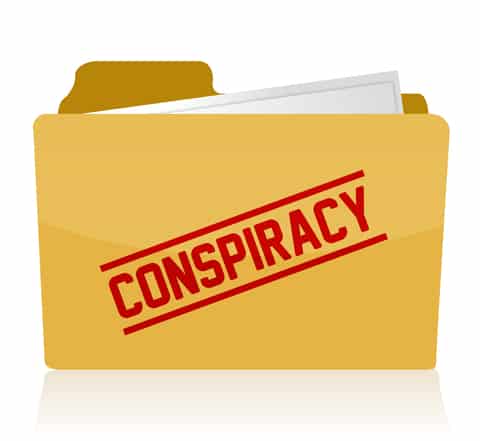 The following conspiracy quotes from various Heads of State reveal a secret, centuries-old, global agenda for the usurpation and annexation of all nations under a totalitarian One World Government or New World Order.

Conspiracy quotes from past and present

can be found with relative ease. What makes a conspiracy quote carry more weight, however, is when it is uttered by a Head of State – a President, Prime Minister, a Chancellor or the leader of a nation. The following collection of conspiracy quotes were all uttered by men at the very height of political power, and therefore provide an illuminating glimpse into the inner workings of the global conspiracy and what has come to be known as the New World Order. Quotes from other senior politicians (e.g. Senators, Congressmen, members of Parliament, etc.) will be looked at in a future article.

If you think all conspiracy is make-believe … you have to seriously ask yourself: what then are these esteemed men (who were in the know) talking about?

Conspiracy quote from Woodrow Wilson, President of the US from 1913-1921

Since I entered politics, I have chiefly had men’s views confided to me privately. Some of the biggest men in the United States, in the field of commerce and manufacture, are afraid of somebody, are afraid of something. They know that there is a power somewhere so organized, so subtle, so watchful, so interlocked, so complete, so pervasive, that they had better not speak above their breath when they speak in condemnation of it.

Conspiracy quote from Woodrow Wilson, President of the US from 1913-1921

The world is governed by very different personages from what is imagined by those who are not behind the scenes.

The governments of the present day have to deal not merely with other governments, with emperors, kings and ministers, but also with the secret societies which have everywhere their unscrupulous agents, and can at the last moment upset all the governments’ plans.

Conspiracy quote from Theodore Roosevelt, President of the US from 1901-1909

Conspiracy quote from Franklin D. Roosevelt, President of the US from 1933-1945

In politics, nothing happens by accident. If it happens, you can bet it was planned that way.

Conspiracy quote from Franklin D. Roosevelt, President of the US from 1933-1945

A financial element in the large centers has owned the government since the days of Andrew Jackson.

Conspiracy quote from Winston Churchill, Prime Minister of the UK from 1940-1945

From the days of Spartacus-Weishaupt (Illuminati founder Adam Weishaupt) to those of Karl Marx, and down to Trotsky (Russia), Bela Kun (Hungary), Rosa Luxembourg (Germany), and Emma Goldman (United States), this world-wide conspiracy for the overthrow of civilization and for the reconstitution of society on the basis of arrested development, of envious malevolence, and impossible equality, has been steadily growing. It played … a definitely recognizable part in the tragedy of the French Revolution. It has been the mainspring of every subversive movement during the Nineteenth Century; and now at last this band of extraordinary personalities from the underworld of the great cities of Europe and America have gripped the Russian people by the hair of their heads and have become practically the undisputed masters of that enormous empire.

Conspiracy quote from Bill Clinton, President of the US from 1993-2001

There’s a government inside the government, and I don’t control it.

Conspiracy quote from John Kennedy, President of the US from 1961-1963

The very word “secrecy” is repugnant in a free and open society; and we are as a people inherently and historically opposed to secret societies, to secret oaths and secret proceedings. We decided long ago that the dangers of excessive and unwarranted concealment of pertinent facts far outweighed the dangers which are cited to justify it. Even today, there is little value in opposing the threat of a closed society by imitating its arbitrary restrictions. Even today, there is little value in insuring the survival of our nation if our traditions do not survive with it. And there is very grave danger that an announced need for increased security will be seized upon those anxious to expand its meaning to the very limits of official censorship and concealment. That I do not intend to permit to the extent that it is in my control. And no official of my Administration, whether his rank is high or low, civilian or military, should interpret my words here tonight as an excuse to censor the news, to stifle dissent, to cover up our mistakes or to withhold from the press and the public the facts they deserve to know.

For we are opposed around the world by a monolithic and ruthless conspiracy that relies on covert means for expanding its sphere of influence–on infiltration instead of invasion, on subversion instead of elections, on intimidation instead of free choice, on guerrillas by night instead of armies by day. It is a system which has conscripted vast human and material resources into the building of a tightly knit, highly efficient machine that combines military, diplomatic, intelligence, economic, scientific and political operations.

Its preparations are concealed, not published. Its mistakes are buried not headlined. Its dissenters are silenced, not praised. No expenditure is questioned, no rumor is printed, no secret is revealed.

So, to all those naysayers who downplay, ignore and deny the New World Order agenda of a global dictatorship, how would you explain the above conspiracy quotes?

Previous Article
What is a Holocaust Denier, Anyway?
Next Article
Income Tax is Voluntary, Say IRS Chiefs Again and Again