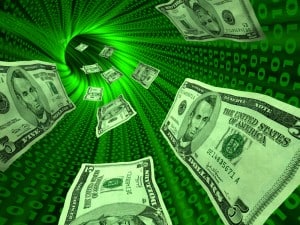 The federal income tax extracted by the IRS from honest US citizens only goes toward paying off debt to private bankers. Not a cent of it goes to governmental services! So why are we paying it?

Federal income tax in the US

(and in many other countries with a Rothschild-controlled Central Bank) only goes towards paying off the national debt. Outrageous as it may be, there is not a single cent of all the income taxes collected from US citizens that goes towards a single service or benefit the US Government provides. Want proof of this? The Grace Commission released a report in January, 1984, under US President Ronald Reagan, which stated that “100% of what is collected [in income taxes] is absorbed solely by interest on the Federal Debt and by Federal Government contributions to transfer payments. In other words, all individual income tax revenues are gone before one nickel is spent on the services taxpayers expect from government.”

The Federal Reserve is Neither Federal, Nor a Reserve

How did we get into a situation where all the income tax paid by honest, hard-working Americans goes into the hands and lines the silken pockets of a private banking cartel? There was never any need for a federal debt. The people who set up the United States and drafted the Constitution delegated the power to issue coin and currency solely to Congress, as can be seen in Article 1, Section 8. Through incredible ignorance and probably also due to being blackmailed and bribed, the Congress and Senate in 1913 decided to approve a bill that set up a privately-owned central bank in the US, the so-called “Federal Reserve” which is neither “federal” (it’s private) or contains a “reserve” (the money is fiat currency backed by faith, not gold). Yes, more deceptive propaganda, because the Federal Reserve is controlled by the rich banking families (Rothschilds, Morgans, Rockefellers, etc.). At the same time, the 16th Amendment was fraudulently ratified despite not having enough votes and became another piece of legislation which overrode the Constitution and unlawfully forced people to pay a direct tax without apportionment.

The End of the US Republic

The politicians who voted for this monstrosity must have had no idea how much they just gave away. That was the end of the US Republic, because the power to create money is the power to control the world. Even Kings and Governments rely upon money and cash flow to finance their operations and wars. Mayer Amschel Rothschild had discovered this in Europe and had sent each of his five sons to England, France, Italy, Germany and Austria to create central banks in those countries. He later boasted: “give me control of a nation’s money and I care not who makes her laws.”

Along with the deceptively named Federal Reserve, an equally deceptively named IRS or “Internal Revenue Service” was created through legislature. It’s more deception, since the IRS like the Federal Reserve is not part of the US Government; it’s not “internal” (it’s a private Puerto Rican Trust, based outside of the 50 US States). Together, these two bogus organizations work hand-in-hand, masquerading as official agencies part of the US Government, when they are private corporations. It’s a giant scam! Every time you pay federal income tax, you are being extorted. The federal income tax only serves to make the rich richer. It siphons off the labor, energy and creativity of the rest of society. We the People are not responsible for paying the unlawful and unconstitutional Federal Income Tax when Congress never needed to have run up a debt anyway. Don’t participate in it! There are ways to lawfully and legally avoid the Federal Income Tax. And that is the duty of anyone who is truly aligned with the spirit of America’s founding in 1776 – no taxation without representation.